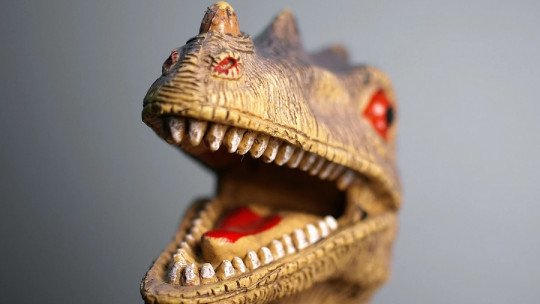 There are many substances and elements present in nature, among which many are used by man for multiple purposes.

Some of them are used as food, others as raw material to make products or even as fuel. And among the fuels, one of the most valued to the point of being also called “black gold” is oil.

This product and its value is in fact an aspect to be taken into account and capable of tremendously affecting the world economy, even causing warlike conflicts. And it is not only its value as a fuel, but in our daily life we constantly use products derived from oil . That is why throughout this article we are going to mention some examples of this type of products.

Petroleum is an oily liquid substance, a hydrocarbon compound with a black to yellowish colour (depending on its composition) that is extracted from the ground and is a product.

Its composition includes cyclic hydrocarbons, alkenes and in smaller quantities compounds based on sulphur and nitrogen , although it varies depending on the mixture of hydrocarbons and their different proportions.

Its main origin is the transformation of organic matter (remains of algae, plankton and remains of living beings) over millions of years, after being deposited by geographical features and sedimentation. After being extracted, the oil is subjected to a distillation process in which its different components are separated, with which different products can be produced (from fuels to medicines) either directly or through multiple chemical interactions.

Below we will look at a number of petroleum products, most of which we use frequently. In some cases their linkage is obvious and highly regarded, while in others the fact that they are derived from oil can be surprising.

1. Gasoline and other fuels

Probably the clearest and best known derivative of petroleum is gasoline , being the main fuel used by both public and private motorized transport methods.

In addition to petrol, diesel or kerosene are other highly relevant and useful fuels in different means of transport.

Although it may not seem so, the butane gas we use in kitchens or even in different industries is one of the products of oil, since is a liquid gas generated from the distillation of oil .

The asphalt that covers our roads is also a semi-solid product from crude oil. Specifically, is the residue from the distillation of oil .

In addition to the road, it is also used for waterproofing and for making roof tiles.

One of the most widely used materials today, plastic is generally (though not always) a petroleum product.

This includes a large number of products: bags, containers, crockery, kitchen elements and even some furniture elements, technological gadgets , the latex of condoms and practically the vast majority of elements in our environment have some kind of plastic component, and therefore based on oil.

It may seem strange that oil can become a substance that contributes to plant growth, but the truth is that after several chemical processes it can be transformed into a source of ammonia similar to manure.

Agriculture has benefited from oil both in terms of fertilizer production and the production of pesticides, herbicides and fungicides. Although they can be harmful, they have been used to eliminate different types of dangerous insect pests, invasion of herbs and plants harmful to crops or infections such as those of some of both. And all of them can also be made from oil.

Some products used in the production of textile elements are also petroleum products. This is the case of polyester or nylon .

The detergents we use for washing clothes are also petroleum products, despite having a very different function from the materials we have seen so far.

Although not in all cases, paints, dyes and solvents of all kinds have often been produced from petroleum-generated materials.

It may seem surprising but some cosmetic products, soaps and perfumes often have petroleum-based components, such as petrolatum or some of the volatile substances used in perfumes.

Some of the additives used in the preservation or treatment of food also come from oil processing. Flavor modifiers or enhancers, sweeteners or colorants are some examples. Also many food supplements or vitamins have a petroleum-based component.

Other oil products are some of the health products or even some medicines. Prostheses, test strips or glycerin used for example in suppositories are examples of this . Also other products such as condoms made of latex.