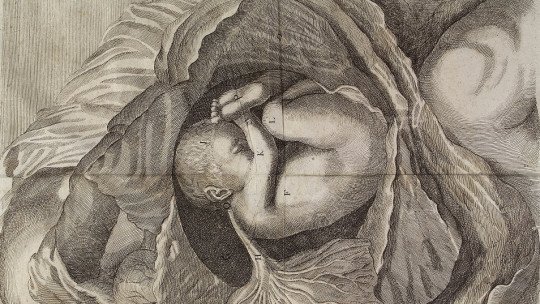 Having children is for many people one of their life goals, with many couples actively and voluntarily seeking to become pregnant. However, it is possible that such development may be impaired or must be interrupted for various reasons. In addition, in other cases, unwanted pregnancies occur in which the person in question does not wish to become a mother, does not have resources, does not yet feel prepared or is the result of rape.

In some of these cases the person in question may choose to terminate the pregnancy. Many circumstances and reasons can lead to a decision to abort or have an abortion. That is why we can determine the existence of different types of abortion depending on the characteristics surrounding it.

What does the concept of abortion imply?

In order to talk about the different types of abortion that exist, it is first necessary to understand what we mean by the term abortion.

Abortion is understood as the process by which the gestation of an embryo is interrupted for different reasons. The pregnancy is terminated abruptly and the fetus dies and is expelled from the body of the pregnant woman.

There are many causes of abortion, both natural and man-made. Thus, we can find cases of wanted pregnancies that are spoiled for some reason or situations where an unwanted pregnancy occurs and the person in question does not want to continue.

When it is natural, it usually occurs at twelve to fourteen weeks, that is, before the third month of gestation. In cases of voluntary interruption, the time limits may vary according to the law in force in each country and the assumptions and circumstances surrounding the pregnancy and the decision to interrupt it.

It is possible to classify different types of abortion according to different criteria , such as whether it is natural or induced, the mechanisms used to interrupt the pregnancy or the reasons that cause it to be performed.

A miscarriage is a type of abortion or termination of pregnancy due to natural causes that is neither voluntary nor induced. It may be due to chromosomal alterations of the fetus, diseases or malformations of the mother, infections (as in septic abortion). The appearance of this type of abortion usually occurs in the first twelve weeks.

When occurs in a very initial way so that we are not yet before a fetus but before an embryo, there may be no symptoms and even the fact of having become pregnant may go unnoticed (it is estimated that a large number of pregnancies end this way without being detected).

However, if the detachment or death of the fetus occurs throughout the development of the fetus, it usually occurs along with significant bleeding and pain in the uterus, which opens to make way for the remains. In some cases the fetal remains are not completely expelled (especially if they are late abortions), in which case an intervention will be necessary.

2. Abortion due to infection or sepsis

This is a type of miscarriage in which for some reason the unborn fetus dies naturally, but remains in the mother’s womb for weeks without being expelled by the woman’s body. The pregnant woman still believes she is pregnant and has the typical symptoms, but nevertheless the heart of the pregnant woman has stopped beating. It can only be detected by ultrasound. After detection, if the body does not expel the fetus or does not expel it completely, it will be necessary to intervene with drugs or surgery.

It is a voluntarily induced abortion, i.e. the result of applying certain procedures voluntarily to interrupt the pregnancy. This may include others such as therapeutic, those resulting from rape or those decided freely.

In reference to voluntary abortions, a legal abortion is considered to be one that can be performed according to the legislation in force . Although originally it could only be performed legally in cases of rape, severe malformation or risk to the life of the pregnant woman, today in many countries it can be performed legally without these assumptions being fulfilled (although within a specific time frame that varies by region).

In Spain, abortion is free until fourteen weeks and after that it can only be legally interrupted in cases of risk to the life of the pregnant woman, serious and/or incompatible with life anomalies in the foetus or certain diseases or malformations.

This is the group of abortions that are carried out outside the law, in the underground. This type of abortion is not only a crime but also a serious risk to the health of the pregnant woman, because there is no guarantee regarding the procedure and conditions of the intervention to be carried out.

It refers to a termination of pregnancy that occurs before 12 weeks.

That abortion in which the termination occurs after twelve weeks of gestation.

It refers to the type of induced abortion in which the method of termination is mechanical , removing the fetus through procedures such as vacuum aspiration, curettage or injection of substances that burn the fetus and cause death.

Chemical abortion is the type of induced abortion in which the pregnant woman is given certain medications in order to terminate the pregnancy. It is usually considered safer than surgical abortion.

An abortion is understood as such when all the biological remains of the fetus and placenta are expelled or removed.

In incomplete abortion part of the fetus or the products of pregnancy remain inside the uterus , leaving remains inside. It can be induced or natural (in the latter case, it is more frequent the further along the pregnancy is before it is interrupted).