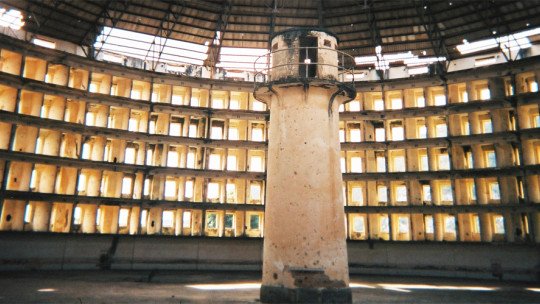 Prisons or jails are institutions authorized by the government to imprison and isolate from society those individuals who have disobeyed the law. Prisoners are locked up and deprived of their liberty for months, years and, in some cases, for life.

Although all prisons have the same objective, they can be classified in different ways.

The prison system varies from country to country

The prison system differs from country to country, and in some cases can be complex. The army has its own judicial system and minors are not treated in the same way as adults. Although the concept of “prison” is very abstract, its characteristics depend largely on the legal, political and social context of each region, and there can be great differences between the way countries determine the functioning of these institutions.

In the United States, for example, there are numerous jurisdictions (federal or state) and different consequences for prisoners than in Spain, as is the case with the death penalty. On the other hand, in Spain, prisons are differentiated according to the different types of life regimes of the prisoners. The objective with which the state legitimizes their use is the search for order and security for the vast majority of inhabitants.

Prisoners are deprived of their liberty. Their situation and the behavioural deprivation to which they are subjected mean that their stay in prison has different physical and psychological consequences at various levels:

Research shows that this type of detrimental effect on prisoners is associated with time of conviction . In other words, the longer the time in prison, the worse the consequences.

According to the prison regime

The prison regime is the process through which the prisoner passes when serving his or her sentence. There are three grades: first grade or closed regime, second grade or ordinary regime, third grade or open regime .

The first degree modules or prisons are for the most dangerous and unsuitable subjects . They are regulated in art. 90.1 LOGP (Ley Orgánica General Penitenciaria) and there are two classes:

In the ordinary regime there are the second degree prisoners , the unclassified prisoners and the detainees and prisoners. In this type of prison there are mandatory activities (hygiene and personal hygiene, cleanliness and order in the cell). The day begins at 7:30 a.m. and the lights go out at 00:00 a.m.

The open regime is for penalised persons, classified in the third degree, who can continue their treatment in semi-freedom . This is necessary so that the individual can achieve normal coexistence but with the necessary rigid controls.

This type of regime can be carried out in three different prison structures:

In the United States there are different types of prisons

This type of prison is for a short-term stay . They are of the local type and are for large numbers of people. They are usually for people who have just entered the criminal justice system.

In the United States, it is possible to find federal prisons, whose jurisdiction is under the Federal Bureau of Prisons (BOP), and state prisons, for more serious crimes and offences .

These are prisons for those criminals who have committed serious crimes (embezzlement, fraud…) but who are not classified as dangerous . They are minimum security prisons.

These are medium security institutions, which usually contain security perimeters and armed guards . They are the infrastructures that are most used to incarcerate prisoners.

Intended for violent criminals . Offenders are dangerous people, so they need more control than prisoners in previous prisons. They are designed to establish several layers of security and isolation between the outside and the more protected areas of these architectural complexes, so that the central parts are practically watertight.

State prisons are for those convicted of very serious offences and state crimes . There are different types: for women, for men, maximum security, etc. The security of these complexes is exceptional, and a great investment is made in it given the seriousness of the crimes of those who remain there.

Death row is the name given to the cells intended for prisoners who have committed very serious crimes and who, in addition, are serving the death penalty and are awaiting execution .

There are other types of prisons, for example, for minors, or psychiatric prisons.

The dungeon is a cell that is located in the same police station or barracks . It is used to briefly incarcerate subjects who have been arrested, especially for a subsequent trial. A person in custody may spend up to 72 hours here .

People who have been arrested and are not yet of legal age must serve their sentences in special centres, not in adult prisons.

The psychiatric prison is usually a penitentiary hospital where the subjects serving their sentences are mentally ill.

These are the centres where soldiers, officers and non-commissioned officers of the army are sent to serve their sentences for breaching the military criminal code. This differentiation is evidence of the special importance that the State attaches to the security forces that ensure the maintenance of power.