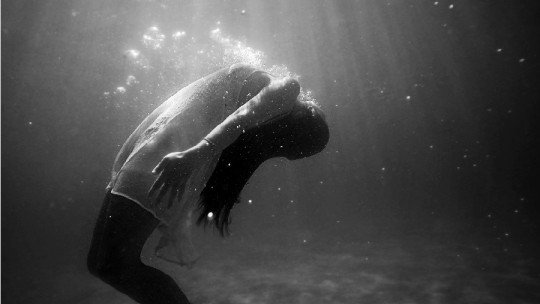 It is estimated that, in Spain, a woman is raped every eight hours . And that’s only in one country. In another area, between ten and twenty percent of the population has suffered some kind of sexual abuse in childhood.

These data reflect that rape and sexual abuse are crimes that are not as uncommon as most people seem to think. But these acts don’t always occur in the same way. The perpetrators, the type of relationship they have with the victim, and the elements used in forcing the action all diverge greatly, so there are many different types of rape and sexual violence.

Sexual violence is considered to be any situation in which an individual is forced to have sexual relations with another against his will, using force, threats, physical or psychological harm to the victim, blackmail or coercion.

One of the best known forms of sexual violence is rape , in which sexual acts are carried out in a forced manner. Also included in this category is any type of sexual relation in which one of the subjects is not capable of giving or denying consent due to alterations of conscience, lack of it or inability to understand or take responsibility for one’s own acts.

This type of act is a serious crime that is heavily punished by law and can cause serious disruption to those who suffer from it, both in the short and long term. These alterations are both physical and psychological and emotional, producing a very significant interference in the normative activity of the victim. It is frequent the appearance of re-experimentation of what happened, feelings of shortening of future, a high level of anxiety and dissociative episodes. One of the most common disorders suffered by those who are sexually assaulted is post-traumatic stress disorder.

Many of the people who suffer from these crimes are unable to report them due to a host of circumstances such as self-blame, fear of reprisal, fear of not being believed or lack of social support. In fact, it is estimated that around 80% of cases are not reported , although in recent times there has been an increase in the number of reports carried out.

Types of rape and sexual violence

While the fundamental concept of the act will be the same in all cases, the characteristics of each type of sexual assault can be very different.

That is why it is possible to establish the existence of different types of rape or sexual assault . Some of them are mentioned below.

On many occasions, rape or sexual assault is committed by individuals with whom the victim is in a relationship. In these cases, the rapist usually believes he has a certain right to sexually dispose of his partner, ignoring the latter’s opinion and consent in this regard.

Threats, devaluation, manipulation, coercion or brute force are used to consume the sexual act . This is a type of physical and psychological abuse sometimes carried out as a mechanism for the manifestation of power or even as an attempt by an abuser to reconcile by force.

Some of the violations that are carried out are linked to states in which the sexually assaulted subject is not in a position to give or withhold consent because he does not have a sufficient level of consciousness. This type of violation can occur while the victim is sleeping or is convalescing from an illness, intoxication in which he or she is not able to perceive the situation correctly.

Within this category we can find sexual assault carried out through the use of substances. This type of sexual aggression refers to the use of substances (including alcohol and other drugs) with psychoactive effects with the purpose of altering the victim’s level of consciousness and consuming the act by taking advantage of such alteration.

Pederasty is a crime in which a minor is used as a sexual object by an adult, taking advantage of the difference in age, knowledge, maturity and/or power.

It is usually carried out by people from the immediate environment , so the sexual assault takes place in a context of abuse of trust. Although sometimes physical force is used, most of it takes advantage of the existing bond between the victim and the attacker or between the attacker and those close to the victim, using manipulation and coercion. In the case of child sexual assault, the child is not sufficiently aware of what a sexual relationship entails to be able to give or withhold consent.

The practice of sexual activities between an adult and a minor in which the latter consents to the consummation of the act due to seduction and manipulation by the adult. The basic difference with child sexual assault is that while in child sexual assault the minor is not aware of what sexual relations entail, in statutory rape he or she is.

Generally linked to the practice of pederasty or child sexual assault, this type of abuse is carried out by the most significant persons of the victim of sexual assault , taking advantage of this relationship to manipulate the individual and force his consent. Sometimes it is carried out by force, with the knowledge that it is unlikely to be reported due to the importance of the aggressor to the assaulted person.

6. Assault on persons with disabilities

In many cases people with disabilities can be victims of harassment and sexual assault . Because of their disability, an aggressor may find it easier to force a sexual relationship. One of the most frequent cases of this type of sexual assault is against persons with intellectual disabilities.

Even if they can consent to the sexual act, if the abuser takes advantage of a difference in intellectual capacities and lack of understanding of the act to coerce the individual and manipulate him, he would be carrying out an abuse that could be classified as rape.

7. Sexual assault of the elderly

Elderly people are also frequent victims of sexual abuse . Due to a lower physical capacity than in youth, the elderly are a population to which some rapists may have easy access and may be more physically dominated.

In addition, in many cases, abusers can take advantage of the cognitive impairment of individuals with advanced dementia, and there is an abuse of power.

This type of violation refers to one whose objective is not specifically the obtaining of gratification , be it sexual or derived from the need for power, but is carried out with a specific objective. Examples of this are obtaining an economic benefit or causing damage to third parties linked to the victim.

9. Sexual assault as a hate crime

Sometimes rape is used as a method of attacking or humiliating a person belonging to a particular group . This type of sexual aggression incorporates a component of hate or contempt towards that group. Examples of this can be found in sexual violence against women, against people from the LGBT community or against individuals belonging to ethnic minorities.

In sexual harassment the aggressor proceeds to manifest a series of behaviors and attitudes that provoke in the victim feelings of fear, insecurity or anguish . Although it does not necessarily involve the presence of real sexual contact (that is, it may or may not include the presence of rape), the behaviours manifested affect the habitual development of the victim’s activity.

The type of conduct carried out includes requests for sexual relations, unwanted approaches and/or touching, persistent lewd contacts, promises or performance of favours in exchange for or with the intention of forcing relations or use of direct or indirect coercion. It usually occurs in academic or work environments.

This type of violation is one of the most known by most of the population, although it is one of the least common . In it, a person without a previous relationship with the victim uses force, threats, coercion or other means to force her to have sex.

The perpetrator may have met the victim for a different purpose, may have just met her, or may even have assaulted her directly. The rape may be carried out on the street, on public property, in a vehicle, or even in the victim’s home if the victim is attacked in her home (with or without breaking and entering). In some of these cases, psychoactive substances are used.

Situation in which a group of individuals decides to force one or more people to have sexual relations , taking advantage of the force and the number of individuals to intimidate or even physically force them to commit the sexual act.

A high number of violations occur during wars and conflicts . Apart from the sexual abuse committed as a method of obtaining sexual gratification or dominance by the abuser, in many cases rape is encouraged in order to decrease the morale of the local population, in a way that facilitates the conflict and undermines resistance on the part of the attacked side.

Another type of sexual violence is that which is carried out by making the victim maintain forced relations with another or other persons, with the exploiter obtaining benefits from this relationship and being the one who forces or incites the victim to maintain relations. Forced prostitution is one of these types of violence.