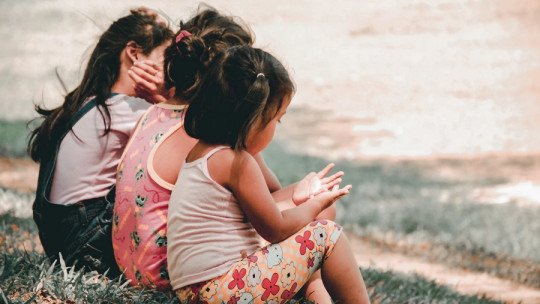 Children’s poetry is an artistic expression adapted to the language and understanding of children . In general terms, the reading of poems allows children to acquire knowledge about themselves and their environment in an entertaining way.

Not only that, but it allows them to acquire or reinforce many other skills. For example, it helps to develop imagination and at the same time emotional and artistic sensitivity. On the other hand, it increases their vocabulary and strengthens the bond with the reader. It can also help to develop verbal expression skills, even some complex ones such as public speaking.

In the following text you will find several short poems for children written by different authors , which can be very useful to take advantage of leisure time and at the same time to reinforce various learning.

Usually, children’s poems are short. This allows them to maintain their attention for periods appropriate to their development, as well as to retain different knowledge in a simple way.

In other words, this activity can reinforce learning about different contents , as the poem addresses issues related to values, nature, links, etc. We will see below some examples.

They brought me a conch.
Inside it sings
a sea of map.
My heart
fills up with water
with fishes
of shade and silver.

The sound you hear inside the shells can give you a lot of creativity, and these verses are an example of that.

2. A white rose, by Amado Nervo

I grow a white rose
in June as January
for the sincere friend
who gives me his outspoken hand.
And for the cruel one who rips me off
the heart that I live with,
thistle or nettle culture;
I grow the white rose.

A philosophy of life based on forgiveness .

3. Everything is Round, by Gabriela Mistral

Elegant metaphors in which the youngest are the protagonists .

4. No, by Gloria Fuentes

The transmission of values can also take place through these simple short poems for children.

Catchy poem with which to create a dialogue based on verse.

Not to Play Kill (fake)
The guns (or water guns)
The gun (no way)
The shotgun (or touching it)
Toys for everything
And the guns for nothing.

A defense of nonviolent games .

I knew as a child,
the joy of spinning
on a red horse,
on a night out.

In the dusty air
sparked the candles,
and the blue night was burning
all seeded with stars.

Verses about the childish illusion with which one goes to the merry-go-round .

The Earth is a spinning top
that doesn’t stop spinning.
Even though it looks round,
don’t be fooled.
It’s a little flattened.
above and below.
It’s like a tangerine
peeled by marking segments.
The Earth when it moves,
in circles
and around their sun,
without shattering your head.

Poem for children that besides being fun serves to learn about our planet .

Sweet orange,
Lemon split,
Give me a hug.
I’m asking you.
If they were fake
my oaths
soon, very soon
will be forgotten.

A children’s poem based on feelings .

Simple narration centered on the story of an elephant .

The mice gathered
to get rid of the cat;
and after a long time
of disputes and opinions,
they said they’d get it right
to put a bell on it,
than walking the cat with it,
get away better they could.

*A barbican mouse came out,
colilgrim, snout
and curling up the thick back,
he said to the Roman Senate,
after talking cultured for a while:

A nice, smoke-filled children’s poem about the difference between theory and practice.

12. The Fairies, by Rubén Darío

The fairies, the beautiful fairies,
exist, my sweet girl,
Joan of Arc saw them winged,
in the countryside.

He saw them when he left the mirab,
It’s been a long time, Muhammad.
Smaller than a pigeon,
Shakespeare saw Queen Mab.

The fairies said things
in the cradle
of the ancient princesses:
that if they were to be blessed
or beautiful as the moon;
or strange and ambiguous phrases.

And there was a hunchback,
that of hateful prophecy:
the call
Carabosa.

If this one reached the cradle
of the soft little princesses,
none of them were spared
of his cursed words.

And that fairy was very ugly,
as they are
ugly all bad ideas
and every bad heart.

When you were born, beautiful,
you didn’t have any heathen fairies,
nor the horrible Carabosa
or his funny sisters.

Nor Mab, who walks in dreams,
nor those who celebrate
in the magical forest
of Brocelianda.

And do you know, my child,
why there was no fairy?
Because there
I was close to you
who your birth blessed:
She reigns over them all:
the Queen of the Stars,
the sweet Virgin Mary.
May she bless your path,
like your mother and your friend;
with her divine consolations
don’t be afraid of hellish war;
that perfumes your desires
his name that evil banishes,
for she scents the skies
and the land.

This poem for slightly older children encourages them to think about a fantasy world .

13. Lullaby of the Turtle, by Rafael Alberti

A simple and short children’s poem for the little ones in the house .

14. The Pearl, by Manuel Felipe Rugeles

my eyes saw it.

Which is gray say some
Others, which is blue.
That has a stream
pink, far away.
From the sea of pearls
of light from the Caribbean.
The pearl I’ve seen
I want it in your hands.
Snow on your neck

Light of your throat
Island girl
my whitest pearl!

A poem based on sensations and full of pleasant images.

15. As long as you fall asleep, by Gabriela Mistral

The red rose
taken yesterday;
the fire and the cinnamon
they call carnation;

the baked bread
of aniseed with honey,
and the fish in the barrel
that makes it burn:

all yours
son of a woman,
as long as you want
go to sleep at once.

The rose, I mean:
I say the carnation.
The fruit, I say,
and I say honey;

and the fish of lights
and more and more too,
as long as you sleep
until dawn!

One of those children’s poems for before going to sleep , which help to relax the little ones.