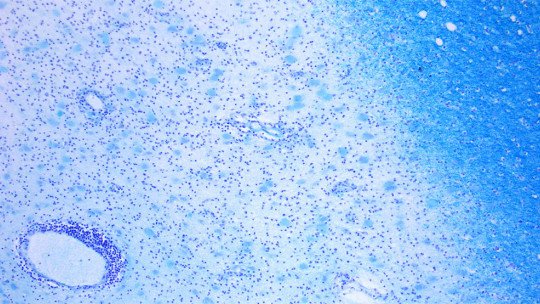 When we talk about the nervous system we usually think of the brain , because it is indeed one of the most important elements that constitute it.

However, the brain alone would be unable to interact and control the different organs and allow us to move and perform behaviors that facilitate our adaptation, or even survival, if there were not an entire system dedicated to it. We are talking about the entire nervous system.

Its correct functioning is vital for the human being. However, there are different disorders and diseases that can jeopardize its proper functioning and greatly limit our capabilities, and even cause us to die. Therefore, in this article we are going to talk about different types of diseases of the nervous system .

Diseases of the nervous system

There are many disorders and diseases that affect the nervous system.

Although those diseases that affect the brain and cerebellum can also be considered as such, in this article we will try to focus on those that cause an effect on the whole nervous system, both at a central and peripheral nervous system level .

Epilepsy is a disorder produced by a hyperactivation of certain neuronal groups which for some reason are hypersensitive , and at a minimum activation they react abnormally producing various symptoms such as the typical convulsions (although these only occur in the case of grand mal seizures), loss of consciousness, lack of coordination and control of muscles and viscera, slowing and weakness.

The damage is caused both by cell proliferation and by the breakdown of synaptic connections or the compression of neurons against other structures.

This rare syndrome has its origin in lesions of the brainstem or in the nerve connections. The subject is conscious but cannot communicate or move because of the lack of nerve connection between the brain and other parts of the body.

Demilinizing disorders are a group of disorders in which the axons of the neurons progressively lose the substance called myelin, which is very important for moving the bioelectric impulses through the nervous system .

This causes the body to gradually lose the ability to send messages efficiently to the body, producing symptoms such as muscle tension, weakness, pain and perceptual disturbances.

In this disease there is a progressive deterioration of the motor cells of the nervous system, dying little by little. Thus, over time the muscles stop receiving nerve impulses and end up atrophying. This prevents voluntary movement .

As the disorder progresses, it can eventually affect the heart and respiratory muscles and lead to death.

6. Diabetic neuropathies and other metabolic disorders

The presence of metabolic disorders such as diabetes mellitus can cause serious damage to nerves and neurons throughout the body. Nerve fibers become damaged, and blood vessels cannot properly direct the flow due to improper glucose metabolism.

In the case of diabetes , these problems are particularly visible in the extremities, especially in the lower ones. It can also affect organs such as the eyes or even the heart.

Infectious diseases can greatly affect the set of neurons and structures that make up the nervous system. HIV and untreated syphilis can alter and damage neurons . So can the herpes simplex virus, cytomegalovirus and rabies. Encephalitis, meningitis, immunodeficiency that facilitates the action of other viruses and necrosis and neuronal death are common.

This type of disease of the nervous system, especially in the brain, is characterized by a progressive degradation and loss of neurons and their normal functioning that causes the loss of different cognitive and motor skills.

Alzheimer’s, Parkinson’s or Huntington’s chorea are diseases that lead or can lead (not all people with Parkinson’s develop dementia as such, for example) to the progressive deterioration of nerve fibres.

Injury to a peripheral nerve by various mechanisms, such as continuous compression, the presence of infection or bleeding, or sectioning.

Inflammatory process of several nerves or nerve tracts that generate a variety of symptoms such as tingling or loss of control and sensitivity, muscle atrophy, weakness, diarrhea, erection disorder or cardiorespiratory disorders, among others.

Although these are not diseases per se, the presence of shocks and injuries can cause the nerves and neurons present in different parts of the body to become damaged and unable to perform their functions on a regular basis.

Perception or control of muscle groups or even relevant organs may be lost. Depending on the type of injury it can even lead to cardiac arrest and death.

12. Guillain-Barré syndrome and other autoimmune diseases

Some autoimmune diseases, such as Guillain-Barré syndrome, can cause our immune system to attack the nerves of the nervous system, which damages them and makes it difficult or impossible to transmit nerve signals.

Sectioning or damage to nerve fibers of the nervous system can cause paralysis of specific parts of the body . This paralysis can occur at a specific point in the body (monoplegia), on one side of the body (hemiplegia) or even on the whole of the limbs (tetraplegia), making movement and even tactile perception of these areas impossible.

Neuralgias are a group of diseases and disorders of the nervous system that are characterized by the presence of pain derived from a malfunction , impingement or alteration of the nerve pathways linked to the perception of pain.