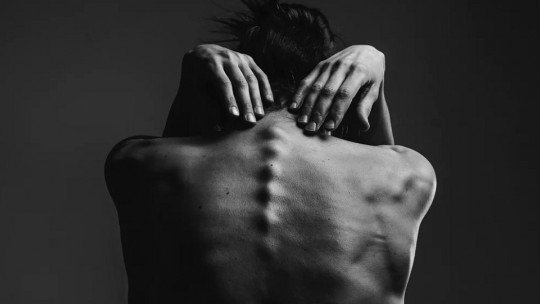 The human psyche is really complex, being its normative functioning an essential element in order to be able to develop and adapt to the environment successfully. However, sometimes it is possible to find that for some reason some type of alteration is presented that makes this adaptation difficult, provoking a deep malaise in those who suffer from it and altering to a great extent their life and/or those around them. This is what happens in psychiatric disorders .

There is a wide variety of these disorders, which greatly alter and hinder the lives of those who suffer from them. However, some are more common than others. In this article we present fifteen of the most common ones.

What are the most common psychiatric disorders?

The following are the 15 psychiatric disorders most frequently encountered in clinical practice.

Major depression and other depressive disorders

Major depression is one of the most prevalent disorders in the world, being characterized by the presence of a sad mood and the presence of apathy and anhedonia along with other symptoms such as sleep and eating disorders, feelings of hopelessness, loss of ability to concentrate, mental and physical sluggishness, frustration and passivity. Suicidal ideation may occur.

In addition to major depression, dysthymia is also very common, with less severe depressive symptoms appearing than in major depression but continuing over time (almost daily for at least two years).

The set of anxiety disorders is the most common type of disorder in the clinical population, although each of them separately may not be as common. One of the most common is panic disorder, in which anxiety crises frequently occur with tachycardia, sweating, rapid breathing, feelings of loss of control of one’s behaviour and fears such as dying or going crazy. The idea that they may occur again generates anticipatory anxiety , favouring behavioural avoidance of situations in which they could appear.

In the cases in which it appears with agoraphobia the anxiety is given before those situations in which the subject cannot escape or it can not receive help if it suffers a crisis, like in places with great affluence of people or very open places, so that it tends to avoid them (thing that turns out to be very limiting).

Alcoholism is a very common problem, due among other things to the relatively good social perception of alcohol consumption. Dependence on this substance can lead to serious health problems , such as liver problems, alcoholic comas and can even lead to death.

This is one of the most prevalent disorders in today’s society, derived from the cult of the body and the high valuation of aesthetics and current beauty canons. Anorexia nervosa is characterized by a rejection of food intake, refusal or refusal to maintain a minimum body weight, distortion of one’s body image and other symptoms such as amenorrhea or absence of menstruation .

They often make themselves vomit after eating, hide food, or exercise excessively so as not to gain weight. This is one of the few psychiatric disorders that is capable of killing by itself, due to the consequences of lack of nutrients.

Along with the above, it is one of the most common eating disorders. Bulimia nervosa is similar to anorexia in that there is an obsessive fear of gaining weight and there is some distortion of body image, but it is characterized by the presence of massive binge eating in which the person loses control.

Guilt and shame follow, and the individual who suffers from it will use compensatory methods not to gain weight, such as making himself vomit.

Schizophrenia is by far the best known psychotic disorder. It is characterized by the presence of hallucinations , delusions, disorganized behaviour and/or language, catatonia and/or negative symptoms such as alogia or poor thinking for at least six months and producing a significant alteration in one or several vital domains.

ADHD is one of the most well known and diagnosed neurodevelopmental disorders worldwide, to the extent that there is a high overdiagnosis of it. It is characterized by the presence of symptoms of inattention such as distractibility, loss of objects, forgetfulness of activities or inability to complete tasks, among others, along with symptoms of hyperactivity such as motor restlessness, inability to keep shifts or interruption in other people’s activities.

Despite this, it is possible that there is only an attention deficit, in which case we would only be dealing with an ADD.

It should be noted that the concept of autism encompasses a number of phenomena that may or may not be present in every person diagnosed with ASD. In addition, there are many degrees of autism , which are expressed both through people with intellectual disabilities and those who are unable to speak, as well as in cases of individuals who are able to speak and have a high intelligence.

OCD is a disorder characterized by the continuous presence of persistent intrusive thoughts recognized as their own, which the subject himself considers irrational and which arouse in the subject a high anxiety for considering them inadmissible and which he will try to actively block, causing a centering and overvaluation of these. This will end up generating their reappearance, generating the obsession.

The patient usually employs a series of ritual acts that momentarily relieve anxiety but in the long term facilitate the reappearance of anxiety, called compulsions. A vicious circle is established between obsession and compulsion that will provoke a deep suffering in the subject and an increasing level of anxiety, dedicating great time of his life to the realization of the compulsions and the active avoidance of the obsession.

Along with depression, it is part of mood disorders. This disorder is characterized by the presence of episodes of mania or hypomania that may or may not alternate with depressive episodes. The former are characterized by the presence of expansiveness, grandiosity, euphoria and disinhibition. They often become irritable and take more risks than usual, often performing actions they would not normally do.

There are two types of bipolarity, type 1, which corresponds to the condition of at least one manic or mixed episode and may or may not alternate with one or more depressive episodes, and type 2, in which there has been at least one hypomanic episode followed or preceded in time by at least one depressive episode. In this type of disorder, the mood can fluctuate rapidly, and can become very disabling. In fact, is the type of disorder with the highest risk of suicide , above that of major depression.

Substance dependence is a very common and relevant disorder in today’s population. In this list we have previously separated alcohol dependence because it is one of the most prevalent, but dependence on cocaine and heroin is also more frequent.

The fact that these disorders are very widespread cannot be understood without taking into account the influence of culture and political and economic dynamics.

It is a disorder derived from the experience of a profound trauma in which the subject has seen his life or integrity threatened or has witnessed a situation that has caused him a high level of vulnerability, defenselessness or fear .

After this experience, the subject manifests continuous re-experimentation, avoidance of stimuli associated with this situation and a high level of hyperactive as physiological for more than a month. This is typical in situations of gender violence, rape or in situations of war.

This is one of the most common personality disorders, characterized by an excessive need to care for the subject. Relationships of submission and obedience are established with respect to the environment in order to be loved and not to be abandoned. It tends to occur in people with low self-esteem and mood disorders are common

Antisocial personality disorder is characterized by a pattern of behavior in which there is disobedience to social norms, disrespect for the rights and opinions of others, cruelty, irritability, and low tolerance for frustration.