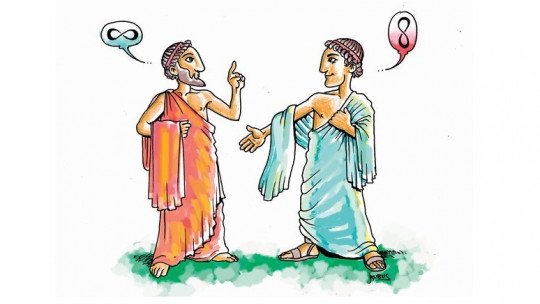 Ancient Greece was a particularly prolific period for culture and philosophy . In fact, it is not without reason that the history of Western thought is not explained without taking into account the great Greek thinkers.

In this ranking of the 15 most important Greek philosophers we will try to synthesize the work of each of the most influential thinkers who left a more outstanding legacy.

When we speak of Ancient Greece we refer to the historical period that goes from 1200 B.C. to 146 B.C. , when the Dorian invasion of the Hellenic region took place.

Greek culture was so influential that even the Roman Empire adopted much of the thinking left by Plato, Socrates, Heraclitus, and many others.

These thinkers managed to make the thirst for knowledge their way of life. Let’s find out which were the 15 most important Greek philosophers . We leave out thinkers who would also deserve an honorable mention, such as Gorgias of Leontines, Diogenes Laertius, Plutarch, Hippocrates, and many others. 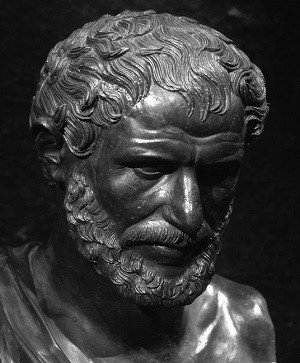 Known by his nickname “The Dark One of Ephesus” , Heraclitus was born in a region of present-day Turkey. His work was aphoristic in the form of endless poems, so the knowledge he developed required detailed study.

He brought valuable knowledge to the world of physics, theorizing about a ‘natural principle’ and the incessant change of matter. His scientific postulates were the subject of analysis in later times. 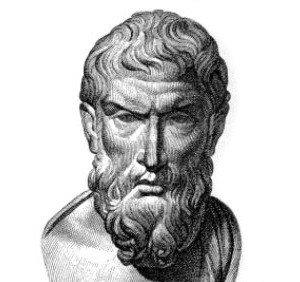 Epicurus was one of the most famous philosophers of Ancient Greece. He developed atomism and his philosophy of life was rational hedonism . In search of hedonic pleasure, he tried to abandon any form of pain on the basis of a frugal and detached life.

Unfortunately, few of Epicurus’ writings were preserved after his death, so we owe his legacy to Lucretius’ poems and to his correspondence with another philosopher: Diogenes Laertius. 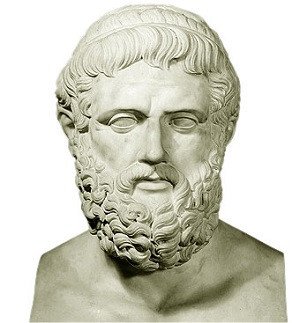 Born in the city of Colono, Sophocles was a tragic poet and a very prominent thinker . Although his field of thought was more literature and drama than philosophy, his works were imbued with reflections and knowledge that other philosophers would later develop. He was the author of the famous Antigone and Oedipus Rex , considered to be true masterpieces of Greek tragic theatre.

Although he was a prolific writer, only seven of his Greek tragedies were preserved and became references of the genre for centuries. 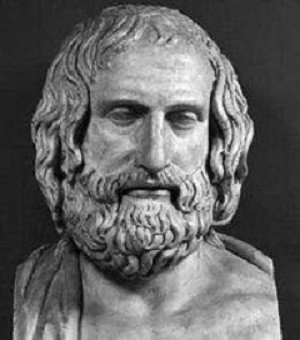 Anaxagoras was a pre-Socratic philosopher who pioneered the notion of nous (νοῦς, mind or thought). Born in Clazomenas, in a region of present-day Turkey, he lived in Athens from his adolescence onwards.

For this Greek thinker, the philosophical ideas he worked on always revolved around nature itself. He left us a huge legacy with his descriptions of nature and the universe. In his texts, he argued that every element consisted of or came from another element, and in turn belonged to a whole. 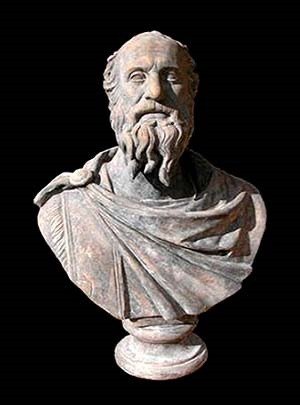 Born in Sinope, by the Black Sea, Diogenes the Cynic was one of the philosophers of Ancient Greece with a more ironic and humorous style . Although few manuscripts of Diogenes reached us, we know many of his ideas thanks to his faithful disciples and students.

He lavished himself on the art of discussion and oratory, and rejected any of the conventions of his time, taking refuge in a frugal and austere life, although he made no attempt to reform or change what he contested. It was his disciple Diogenes de Laercio who left a record of the master’s knowledge and theories. 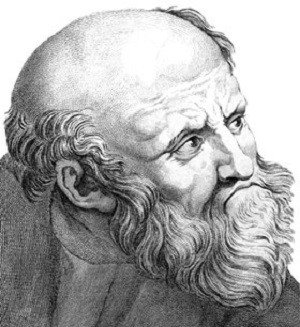 Politician and philosopher, Empedocles devised the theory of the four roots: four basic elements (water, earth, fire and air) that are the essential components of everything that exists. He is also the author of the two “conditions” or “forces” of the world, from which he explained the problems of his time, such as corruption, hatred and love. The first force united what existed, while the second separated it.

His legacy originated a wave of poets and thinkers who, motivated by the theories of Empedocles and his four elements, initiated the field of atomic physics. 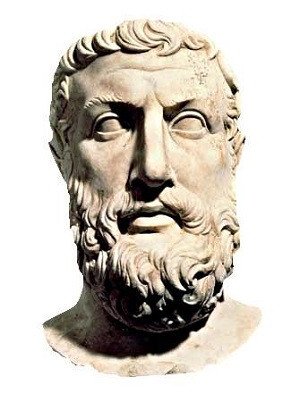 In a southern region of Magna Grecia was born Parmenides, a poet and thinker who questioned himself about existence . “Is it or is it not”, a question that he tried to answer and that was the object of analysis by philosophy for centuries, being one of the paradoxes that has made more rivers of ink flow.

In the words of Parmenides, the signs of the path of truth were the concreteness of what is and what is not. Based on this reasoning he explained that a thing that is can never stop being more than by itself. As we can see, this is a somewhat abstract and strange argument, but one that gave rise to hundreds of theories and lucubrations in later times. 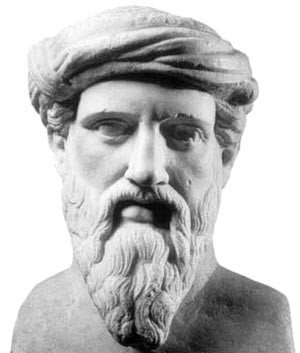 Recognized as the first pure mathematician in history, Pythagoras’ contributions have been fundamental in the fields of philosophy, geometry and arithmetic . The well-known “Pythagorean theorem” is still studied in primary schools, and he explains that “in every right triangle the square of the hypotenuse is equal to the sum of the squares of the legs”.

This thinker not only contributed to abstract and logical thinking, but also reflected on the moral laws of life, since his school focused many efforts on promoting a just and balanced life. 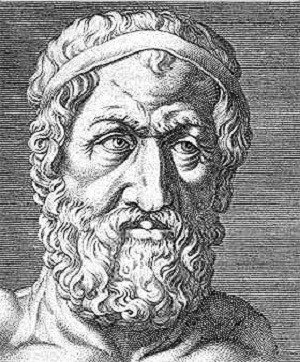 Zenón de Elea was especially recognized for his theory of infinity , a series of reasonings with which he tried to resolve the paradoxes and dilemmas about plurality and movement, concepts that, from a metaphysical plane, he questioned on the basis of logical arguments that were recorded in various manuscripts.

This pre-Socratic Greek philosopher began a journey of thought that many of his disciples (including such prominent names as Melisius, Democritus and Anaxagoras) continued and expanded upon after his death. 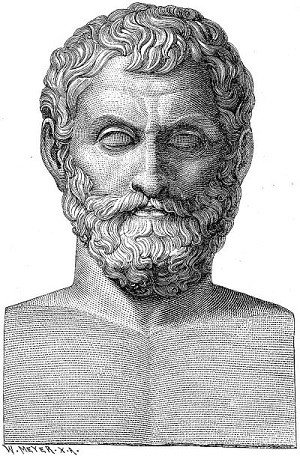 Master of other great Greek thinkers, such as Anaximenes, and father of the ancient Greek philosophy, Thales of Miletus theorized about natural philosophy , the origin of matter and also brought great knowledge in science, geography and mathematics, where he left as a legacy the so-called ‘theory of change’.

For this important Greek philosopher, water is the main and original element in the world, the beginning of all other things. This idea spread throughout Ancient Greece and dozens of later philosophers developed these notions. 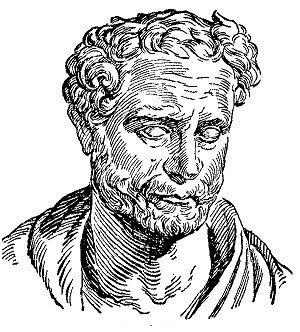 A unique scientist and mathematician, Democritus was known as “the philosopher who laughs” , he brought great theories and knowledge to the world of mathematics, geometry and astronomy.

Through different experiments and reasoning he was able to trace his atomic theory of the universe, he argued that atoms are indivisible, whole, homogeneous particles not visible to the naked eye. A consideration that science later demonstrated. 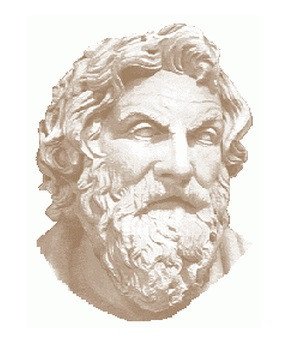 Anaxymenes of Miletus was one of the most important and famous philosophers of Ancient Greece , although he was not only one of the first authors in philosophy but also brought his wisdom to areas such as biology and geography. He is considered one of the first astronomers in history, since he was able to create the first image of the universe.

This fellow citizen and disciple of Thales of Miletus was studied and analyzed by later philosophers. One of his most important notions was that the principle of all things is infinite. 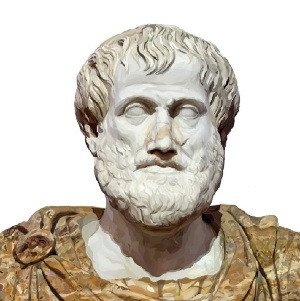 Considered the father of biology and logic, Aristotle founded the history of knowledge in the West . His legacy consists of more than 200 texts in which he theorises and develops ideas around seven different fields of knowledge.

The creativity and depth of this philosopher, excellent in his writing and in the complexity of his approaches, not only meant a step forward in the thinking of Ancient Greece, but many later thinkers would base their postulates on the ideas and experiences left by the great Aristotle. 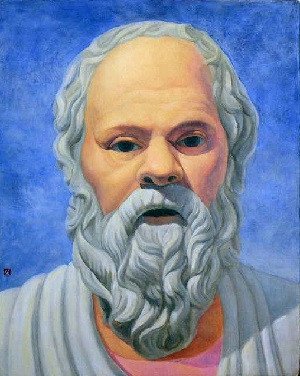 Socrates, born in Athens, was one of the most important Greek philosophers . It is to him that we owe the questioning of reasoning itself, in addition to the Socratic method, which allowed thinkers to question their own behavior until they reached more certain and lasting approaches.

He was Plato’s teacher, who followed his philosophical keys and developed them. 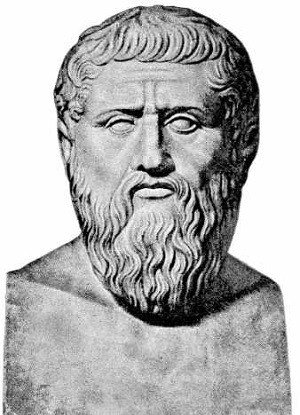 A disciple of Socrates, Plato developed the theology of his master to interweave it with new metaphysical approaches . Founder of the Academy in Athens, he taught his ethical theories, as well as dialectics and physics, where he also contributed great knowledge.

Through these scientific and philosophical facets, Plato intended to create men much more educated and capable of governing themselves.