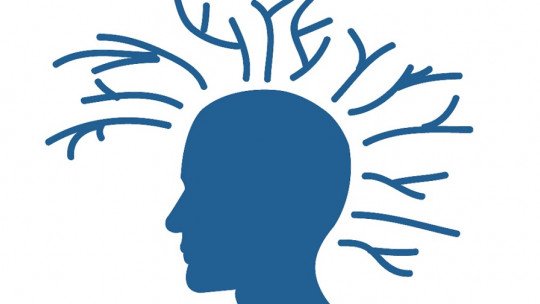 Human beings are entities whose nervous system allows us to carry out a large number of mental processes, which in turn allow us to have a large number of cognitive skills that we use adaptively in order to adapt and survive.

Of this enormous amount of capacity, some are more fundamental to us than others. Throughout this article we will refer to some of the most important cognitive skills .

The most important cognitive skills

There are many cognitive skills that we have and use constantly to survive, mostly even unconsciously. Some of the fifteen most important are the following.

One of the most basic cognitive skills, attention allows us to focus our cognitive resources in such a way that we can operate and work with them .

Within this attention we can include abilities such as holding it, dividing it, moving it away from previously perceived stimulation to save cognitive resources. It also includes orientation responses to outgoing stimuli, allowing us to activate and react to possible threats.

Being able to encode, dawn and recover information is fundamental in order to generate learning experiences that allow us to acquire a specific capacity or skill, to operate mentally with the information or even to generate memories that will form part of our history.

Interestingly enough, when we think of cognitive skills, it is a fundamental capacity without which we could not have an identity .

It is about being able to recognize themselves, to consider themselves as their own being independent from the rest of the environment. It also allows us to be able to have and self-manage a personal history and to settle and make learning meaningful.

This skill has always been considered extremely important, to the point that in the past was considered to be what separated us from the rest of the animals .

Motivation allows the human being to acquire and feel the energy and drive necessary to initiate and maintain a certain course of action , allowing us to actively set and pursue our goals and objectives. The total absence of motivation could even make us not look for food or water to survive.

To be able to establish relationships between different events is a fundamental capacity not only for the human being but for any type of living being with the capacity to learn. In fact, is the basis of any kind of learning .

If we always kept our perspective and vision of things we would not be able to learn not to face something contrary to our understanding of reality. Being flexible allows us to be able to adapt to new conditions and modify our schemes according to what experience dictates.

It also allows us to be able to assume different perspectives and understand the motivations and thoughts of others , being of great help for socialization.

Deeply linked to the previous one, the ability to use the knowledge acquired, to organize it and to link it to the search for a solution to the problems we encounter.

Generating new strategies beyond the information and methods we have had until now has allowed the human being to evolve, for example, contributing to generate new technologies, techniques and procedures that allow us to reach our objectives or to solve a problem in the most efficient way.

The ability to perceive is something we usually take for granted, but the truth is that we can consider it one of the essential cognitive skills. It is the ability to transform signals from the senses into information with which our brain is able to work to perceive in a coordinated way, for example, the different information that constitutes an image or what a person is telling us

It is just as important to do something as it is to be able to not do it, or to inhibit our already initiated behavioural patterns to cope with new information or change strategies if they are not being effective. It allows us to save time and effort, if not directly avoid dangers and be able to adapt to the environment

The past is important, but it is the ability to plan and anticipate results that allows us to begin to establish plans and the appropriate actions to achieve our objectives. It also allows us to assess risks and benefits , as well as the possible consequences of our actions.

Something fundamental for the human being is the capacity to generate elements that allow to represent an idea, as well as the capacity to value what a certain action or symbol implies. This allows us, for example , to communicate with our fellow men and to socialize , something that is peremptory for a gregarious species like ours.

Although more than a cognitive skill, it could be considered an activity or a product of one, the truth is that language is a fundamental capacity when it comes to relating to each other and transmitting information. We are not only talking about speech but also about reading and writing, gestures and expressions .

A highly relevant cognitive skill is the ability to value and think about one’s own cognition. Metacognition allows us to take into account our abilities and knowledge, to analyze for example the kind of information we lack to understand a situation or to optimize and improve our abilities.