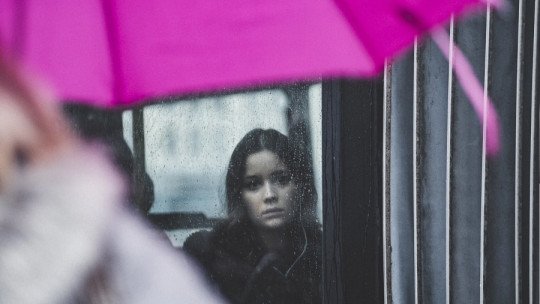 Depression is a disorder that has been associated with high comorbidity with other psychological disorders, in addition to health problems such as diabetes and heart disease.

It is seen as the main reason why people commit suicide and, despite great progress against stigmatization, many myths about depressive disorders are still believed today.

Next we will see several statistics on depression that show how serious the problem is, the importance of following a treatment and the need to inform the population about its consequences at a health, work, family and economic level.

Depression is a very common mental disorder, which has been associated with high co-morbidity with other disorders, especially anxiety disorders, in addition to several medical illnesses.

Here are a few facts, accompanied by their percentages, figures and sources, which set out the statistics on depression and its follow-up over the past 10 years.

1. Number of people with depression

As we were saying, depression is a very common mental disorder. The World Health Organization (WHO) points out that more than 300 million people could be diagnosed with a depressive disorder. However, there are statistics that are even more pessimistic, indicating that this figure would already reach about 350 million people.

To better understand these figures, the fact that there are some 350 million people with depression would be equivalent to the current population of Spain multiplied by seven. The percentage of people suffering from it throughout their lives would be between 8% and 15%

While not all people with a mood disorder commit suicide, it is important to note that a significant percentage of them do commit suicide because they do not see an end to their suffering.

Every year, nearly 800,000 people end their lives, the second leading cause of death among 15-29 year olds.

Given the high risk of suicide in the population with depressive disorders , it is of utmost importance to understand how the disorder originates and to sophisticate psychological and pharmacological treatments.

In the case of Spain, the risk of suicide is 21 times higher in the depressed population compared to the general population . The suicide rate in Spain is 7 per 100,000 inhabitants, which means 10 deaths every day.

Despite the existence of effective treatments and the fact that they require few technical resources to be applied, more than half of the population affected by depression worldwide does not receive any treatment .

The percentages vary from country to country, but in countries that are still developing or have recently experienced a conflict, the percentage of untreated depressed people can be as high as 90%.

All over the old continent there are countries with high cases of depression. The ranking places Germany as the country with the most cases, having more than 4 million, followed by Italy and France, with more than 3 million each, and in fourth place is Spain, with more than two million.

To better understand the number of depressed people in Spain , it is enough to imagine the entire population of Castilla y León (2.5 million) depressed.

In Spain, the risk of the general population developing a serious depressive episode once in their lives is, as might be expected, twice as high for women (16.5%) as for men (8.9%).

Factors such as being under 29 or over 55, poverty, unemployment or addictions to recreational drugs , tobacco or alcohol increase the percentages. The prevalence of depression is double in persons who are unemployed (9.2) compared to those who are working (3.1%).

In the world’s child population, WHO estimates that 2% of children between the ages of 6 and 12 suffer from depression. The percentage increases in the 12-14 age group, ranging from 4% to 6%.

The statistics regarding the consumption of drugs in Spain are as follows: nearly 10.7% of the population consumes tranquilizers, relaxants or sleeping pills (13.9% in women and 7.4% in men), 4.8% antidepressants (6.7% in women and 2.7% in men).

5.4% of the Spanish population indicated that they had seen a mental health professional, either a psychologist or a psychiatrist, at least once during the last year (6.1% of women and 4.6% of men).

According to data from the OECD (Organization for Economic Cooperation and Development), depression costs member countries up to 4% of GDP . Although this is a figure from a decade ago, it was estimated that the depression in 2010 cost the European Union 92 billion euros.

The loss of productivity caused by absenteeism and attendance has been linked to around 50% of all costs related in one way or another to depression.

It is worrying to see that about half of the patients, 43%, abandon their treatment .

It is known that a large number of patients who continue treatment do not follow it to the letter, especially if it is psychopharmacological. This is because some antidepressants take several weeks to work, and patients want short-term results.

Depression has been associated with a risk factor in physical diseases, especially those related to the heart or metabolic problems such as diabetes. In Europe, depression accounts for more than 7% of premature mortality.

The inverse relationship has also been investigated, finding that about 21.5% (16.3% in men and 31.8% in women) of patients who are hospitalized may present depressive symptoms. Nearly 20% of the patients attended in Spanish primary care present depressive disorders .

According to research from Furukawa’s group (2016), about 54% of adults with depression who are treated with antidepressant drugs notice an improvement of about 50% of their symptomatology . Interestingly, between 30 and 40% of adults prescribed a placebo drug also saw their symptoms reduced by 50%.

62% of adults show improvement after attending psychotherapy , being the percentage of 66% in those who have gone to a psychotherapist who has applied a cognitive-behavioral treatment, according to research by Cuijpers et al (2014).

In the case of the child population, the improvement is 33%

As for the chances that a person who has suffered a depressive episode will manifest another one in his or her lifetime, the statistics vary considerably.

In general terms, the occurrence of a depressive episode has been associated with an increased likelihood of a relapse afterwards, in the short or long term. Nearly 60% of patients who have suffered a depressive episode present at least one new one during their lives .

However, according to research conducted by Monroe’s group in 2012, about 50% of the population who have experienced a depression will only experience that particular depression.

However, other research (Richards, 2011) shows the following data: 25-40% of patients who recover after treatment will have another depressive episode during the next 2 years, 60% of them after 5 years and 85% after 15 years