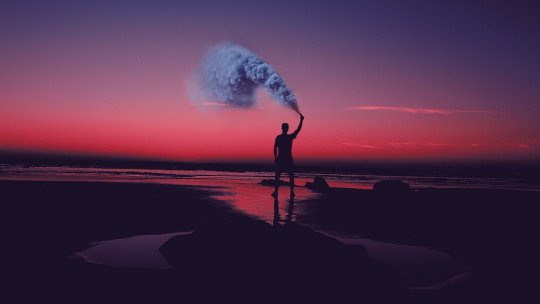 Before the appearance and manifestation of a certain psychopathology, an alteration of the affective or emotional state appears in an inherent way.

These types of psychological expressions tend to be confused because they are often used incorrectly and indiscriminately. In order to know the definition of deviations of affect , we have made a list of the main affective disorders .

Affectivity is defined as the set of states and tendencies that a person lives in his own immediate way, that is to say, it presents a mainly subjective nature.

Moreover, has a considerable influence on the conformation of the personality and the behaviour of the subject , being therefore transcendental in the psychological development of the individual and is intrinsically associated to the communicational property since this is one of its fundamental purposes. They are usually indicated by using pairs of antagonistic terms such as joy/sorrow, pleasure/pain, pleasant/unpleasant, etc.

In the DSM’s definition, affect is understood as the behavior that expresses the subjective experience of a state of mind, or what is the same, the emotion. Thus, this concept is linked to a more changing and brief phenomenon, while humor refers to sustained and more permanent emotions.

It refers to an extreme state of euphoria and hyperactivity and is related to the presence of a manic episode or a professional picture called “moria”, which is characterized by an excess of excitement, puerile behaviors and a tendency to play word games.

Set of symptoms based on an intense feeling of grief, sadness and distress in which the person experiences a significant decrease in interest in the environment. It is usual in depressive episodes.

This is a manifestation related to a notable increase in the state of physiological tension accompanied by a permanent sensation of intense fear, such as a state of continuous alert. This deviation is frequent in anxiety disorders, mainly.

It refers to a state of absence of experiencing affective sensations and is usually linked to apathy or poor emotional reactivity. It usually occurs in schizophrenic cases, in pathologies of histrionic personality, in organo-cerebral or endocrine alterations.

Anhedonia is defined by the inability to experience pleasure and is common in schizophrenia and depression.

In this alteration an incongruence is produced between the affectivity expressed by the person and the contextual situation in which it is manifested. It is typical of both schizophrenic disorders and organo-brain disorders.

This pathology is characterized by sudden changes of affect combined with the inability to contain oneself emotionally . It is typical of dementias and pseudo-bulbaric conditions. In the latter syndrome, uncontrollable attacks of laughing or crying may occur, more frequently the latter.

This state is defined by the manifestation of a permanent low mood , with little fluctuation. In DSM V, a distinction is made between dysthymic disorder and persistent depressive disorder. It has a chronic character although the intensity of the symptomatology is less than in the depressive disorder.

It is understood as a feeling of general emotional discomfort, with a depressive mood and presence of anxiety and cognitive restlessness, rather than physiological. A significant presence has been observed in disorders of sexual identity.

This pathology is defined by an alteration in the use of affective language , more specifically in prosody (tone, rhythm, accent, intonation) and emotional modulation. This affectation is found in Parkinson’s patients or in patients who have suffered a lesion in the right cerebral hemisphere.

In this case, there is also an alteration in the emotional language, although it refers to the propositional aspects of the language . That is, the person is unable to find a word that expresses his/her affective state. It is frequent in chronic pain disorders.

In this condition, the ability to modulate and modify the emotions experienced is lost and is associated with episodes of mania, depression or schizophrenia.

In this manifestation there is simultaneously the expression of opposite emotions on the same object or phenomenon . It is found in various personality disorders and can also occur in non-clinical subjects.

It is defined as a feeling “of new appearance”, before which the patient claims not to be able to recognize it in himself or to have experienced it previously. (stolen or imposed emotional states). It is often associated with psychosis, epilepsy or significant drug use.

Lack of motivation, absence of “willingness to do anything” and indifference towards external stimulation received that is attributed to depressive states.

It is defined as the inability to perform any action voluntarily , lack of energy to respond behaviorally. It is related to those pathologies of decreased motivation in the child clinical population.