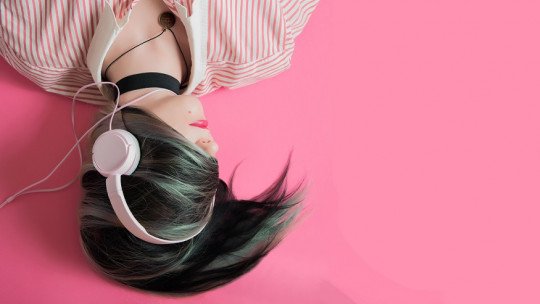 Music is one of life’s pleasures, which affects how we feel and our emotional state and can even determine our behavior.

In fact, some studies claim that our personality and the music we listen to are related, as we tell in our article: “Music and Personality: How They’re Linked”.

New technologies have allowed us to listen to the music we are most passionate about from anywhere , and in recent years different apps have emerged that allow us to download or store thousands of songs.

In this article we have prepared a list of the best mobile applications on the market. They are the following.

Without a doubt, Spotify has become the most popular music app , largely due to its familiar interface, Facebook integration and the massive library it contains, with over 30 million tracks. The Spotify mobile app (Android, iOS, Windows Phone) has been updated to allow more free music streaming. However, in the basic function it is only possible to listen to the songs randomly; however, there is the possibility of contracting the premium service.

Amazon has also thrown itself into the river in the theme of music apps , and so it is possible to enjoy your favorite songs from anywhere, anytime. Prime Music’s (Android, iOS) streaming music offer allows you to stream music you have purchased from Amazon, as well as music stored locally on your smartphone or tablet.

With the annual subscription, recipients can also access a library of over one million songs via streaming without ads.

Google Play Music offers its subscribers a streaming and downloading service of music without ads, of around 30 million tracks from numerous genres and artists. Therefore, each user can create their own radio stations with their favorite albums and artists. Available for both (Android, iOS), it offers the possibility to upload up to 50,000 songs from your music library to your personal cloud for streaming and downloading.

Pandora has been on the app scene for years, and the service is continuously improving . This free app allows you to create groups of songs thought of by your favourite artists, and has a newly added alarm function so you can start the day with some inspiring tunes, like the ones we showed you in our article: “The 20 best songs to get out of bed, according to Cambridge University”. Available on Android, iOS, Windows Phone.

Play downloadable songs from anywhere, even without an internet connection . For Android and iOS, it offers a premium, ad-free music streaming experience with its library of over 30 million songs. The app includes support for a variety of hardware, including streaming via Chromecast or Sonos.

Only available on iOS, and like the previous one, it allows you to listen to music and download it so you can access it even without an internet connection. It has a feature that interprets your musical tastes to give you songs that fit into your favorite genres. It also adapts the sound of the music according to your activity.

Jango Radio is similar to pandora, available on Android, iOS, it offers the possibility of unlimited listening without ads for your music streaming. Each person can build their own custom stations based on their favorite genres or artists. These stations can be shared with others.

This app is different from the previous ones, because it allows you to read the lyrics of the songs as you listen to them and the translation into Spanish and Portuguese can be done. It also allows you to get information about the artists as well as yours.

Focused on music videos, this app allows you to play audiovisual content related to the world of music . It is available on Android and iOS, and users can stream thousands of music videos from their favorite artists and bands, with customizable feedback and notifications for new releases from artists they have subscribed to. Users can also create and save favorite playlists from a variety of genres and groups.

A music download app that can be downloaded to iOS or Android . It offers the option of listening to the song we want to download before doing so, and the songs are saved on the mobile device so we can listen to them whenever we want. It is a free app, but the interface is completely in English.

Instead of listening to recorded songs, Qello Concerts (Android, iOS) lets you watch concerts or music documentaries from your mobile phone. With a paid subscription, you can access the app’s entire repertoire, with concerts and documentaries covering entire eras and genres of music.

With this free app you can tune in to hundreds of local stations , as well as custom stations that offer songs based on your musical tastes. IHeartRadio also builds playlists based on specific activities and moods, such as relaxing and working, so you can easily find the right theme for the occasion. Available on Android, iOS, Windows Phone.

One of the most complete apps is Fast Mp3, which allows you not only to download free music, but also to listen to it and even download the lyrics of the songs . Its interface is simple, intuitive and light, making it ideal for any type of smartphone.

Great app for downloading music with the drawback that it has internal advertising that is not annoying . The app also includes a music player to listen to the songs and that it is possible to do so before downloading them. The music can be downloaded from different search engines, so it is possible to find a large number of songs.

Shazam is a great application that allows you to identify those songs that are playing around you and that you like so much. Those songs that flood your senses but you don’t know what they’re called. Just connect the app when the song is playing and, after identifying it, you can download it with any of the other applications.

One of the most popular music apps. It offers the possibility to share your own music tracks that are not yet famous . It is an ideal app for true music lovers.

It is an app similar to Shazam, as it allows to identify songs that are playing . However, it offers something different, and that is that it identifies even the songs that you are humming with your mouth. In addition, it also includes news about the different artists in the music scene.