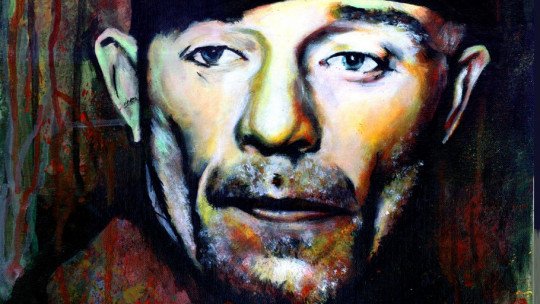 Fear is not exactly a pleasant emotion . However, many people enjoy watching movies of this genre. This type of film arouses great terror in the spectator, with shocking and tense scenes that often produce great anguish.

Horror films based on real events

Horror films, although often fictional, are in some cases based on real cases.

Below we present the best films of this genre that have their origin in true stories .

Freddy Krueger is one of the best known characters in horror films . His physical appearance: with his burnt face, his green and red striped sweater, his hat and his knife gloves, make Freddy a really scary monster. Although many may find this story hard to believe, because Freddy appears in the nightmares of the children and teenagers of Elm Street to murder them, he was inspired by a real case.

As Wes Craven, the creator of this feature film, tells us, the origin of “Nightmare on Elm Street” lies in a family that fled from the concentration camps in Cambodia to the United States. The vast majority of the family recovered from their black past, but one of the sons, who was suffering from nightmares about the Cambodian genocide, died in his sleep.

Another of the myths of horror films is “Chucky”, the devilish doll . This story, which seems untrue, was based on what happened to Robert Eugene Otto. Well, it was more based on a legend. It turns out that Otto received a gift from his maid. It was a doll he called Robert. Apparently, the maid was a practitioner of black magic. Ever since he received the gift, Otto was talking to himself and strange things began to happen in the home he lived in. Otto claimed that the doll had a life of its own, and some neighbors said that the doll looked out the window when no one was home.

The parents decided to lock the doll in the attic. The years passed and, after the death of Otto’s parents and due to the inheritance, he returned to his old home and met the doll again. At first he found it curious to meet the doll again, but supernatural things were happening and he decided to lock it up again. But when Otto died, the house came into the hands of another family, and the daughter, by chance, met the Robert doll. The little girl didn’t seem to like the doll, who tried to kill him. This story (or legend) inspired Chucky’s story, and Robert is now in a museum.

Few people are unaware of the story of a giant white shark that makes life miserable for a number of bathers . This story, inspired by a novel by Peter Benchley, is based on what happened in 1916, in New Jersey, when five bathers disappeared. The remains of three of them were found in the stomach of a large shark, and the rest were never heard from again. It seems clear that the great shark had something to do with it.”Shark” is a true classic.

Psycho is one of the most successful and remembered scary movies . This film by Alfred Hitchcock is based on the story of Ed Gein, one of the most notorious murderers in American criminal history. The also known as “Butcher of Plainfield” (Wisconsin) committed several crimes and his case reached Hollywood. You can read his biography in our two articles:

The Texas Chainsaw Massacre is another film inspired by Ed Gein’s macabre story . This character, despite his many crimes, only killed two people. Ed Gein also inspired the film “The Silence of the Lambs”.

This classic of horror films arises due to the events that took place in 1975 at 112 Ocean Avenue , in Amityville. This was the new home of the Lutz family, who had to leave the house soon after. Legend has it that it is a cursed house, because previously, on November 13, 1974, the DeFeo family was murdered there.

The girl next door is one of those films in which real life surpasses fiction . It is based on the story of Sylvia Likens, a young woman who was given to a family to take care of her. Sylvia was abused to death by her family and some of her neighbours.

A film by John McNaughton, who spent several years in anonymity due to its brutality until it was released . Henry Lee Lucas, is the character and inspiration of the film, a psychopath who murdered eleven people.

This feature film tells the story of two gynaecological twins who attended to the New York upper class . They were inseparable, exchanging in meetings and even women. But their lives changed when they met a model and everything ended in tragedy.

We all know the movie “The Exorcist” . It is based on the stories of Anneliese Michel and Ronald Doe, who were given an exorcism. This last case is also the inspiration of a book by the writer William Peter Blatty, who inspired the script of the film.

Another one of those stories that are not quite credible but that attract the attention of film directors . This film is about Doris Bither who, in 1974, claimed that she had been repeatedly violated by a paranormal entity: a mysterious invisible creature. It is true that this is unlikely, but this curious story was the inspiration for this film.

This film reviews the story of the Zodiac Killer , who was a psychopath who acted in California between December 1968 and October 1969 and who allegedly murdered 37 people. The film tells how Robert Graysmith (in the film Jake Gyllenhaal) becomes obsessed with the case and puts aside his private life to try to find the killer.

This film tells the story of three school friends who come across a cult that makes sacrifices on the border between Mexico and the United States. This film is based on real events that took place in 1989 in Matamoros, Mexico . It is about the murderer Adolfo de Jesús Constanzo.

The film is based on the life of Albert de Salvo , known as the Boston Strangler, a murderer who terrorized the inhabitants of this American city in the early 70s. It is a great film that makes your hair stand on end, in which the story of this criminal character is revived.

Andrei Chikatilo is one of the best known killers in the former Soviet Union, and this film focuses on his macabre case. But it does not deal with the story from the character of the criminal, but from the lives of the people who go looking for him. This killer killed 53 people.

A story based on the case of Cayetano Santos (better known as Petiso Orejudo) , an Argentinean boy committed several murders. However, the story is distorted from the original content and esoteric scenes appear. A scary movie you can’t miss.

A fiction inspired by the events surrounding the figure of Jack the Gutter r . During 1888, the inhabitants of the district of Whitechapel (London), lived a wave of crimes. Five were the victims of this psychopath whose identity is still unknown today.

The clown is a figure that makes children’s parties fun and memorable. But a well-known case, that of the clown John Wayne Gacy, turned this adorable image of clowns into a terrifying and macabre story, as he committed several dozen crimes. This film is based on his case.

The case of Ed Gein, which has been mentioned previously, was not only curious because of the murders he committed, but also because the police found a large number of bodies in his house that belonged to the theft of bodies from various graves. This film, like many others, was inspired by his case .