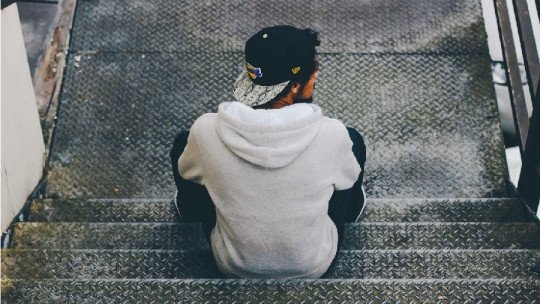 We know of a wide variety of mental illnesses of many different kinds. Although each disorder has its own characteristics that distinguish them from each other, in many cases they have points in common, such as the aetiology or the symptoms, which means that they can be grouped into specific categories, and a classification into different types can be made.

This type of nosological classification is used by various health professionals in order to know and work on the different types of disorders. Therefore, in this article we are going to talk about the main types of mental illnesses .

Classifying the different types of mental illness is a complex task that requires in-depth research. Throughout history, various associations and groups of experts have tried to classify them, with more or less acceptance by the scientific community. Such categorizations make it possible to organize theoretical knowledge in a more easily understandable way, although there is a risk of ignoring or separating specific aspects that could be closely linked.

Below is a brief description of most of the basic typologies of mental illness that the latest version of the Diagnostic and Statistical Manual of Mental Disorders or DSM-V offers. Although this is not the only existing classification, given that agencies such as the WHO have their own system in this regard in the ICD-10 (specifically in chapter F, where the different mental disorders are detailed), the classification system and the diagnostic criteria tend to be very similar.

The list here is only one of the possible classifications of the types of mental illnesses that have been made, with the main groupings varying greatly depending on who is making them and with sometimes controversial modifications compared to previous versions.

Mental illnesses linked to alterations in neurodevelopment form a type of mental illness characterised by the presence of a series of deficits and difficulties in different skills and capacities that manifest themselves during the person’s mature development, with the first symptoms appearing during childhood.

These difficulties are a mishap due both to the difficulty itself and to the possible slowing down of maturation and the effects that both in the short and long term it can have on vital aspects of the person. Within this category we can find difficulties such as intellectual disability, autism spectrum disorder, ADHD or learning, communication or motor disorders.

2. Spectrum disorders of schizophrenia and other psychotic disorders

The study of psychotic disorders has been a fundamental pillar within the psychology and research of mental illness.

This type of disease presents a common symptomatology, and it is the presence of both positive symptoms, that is to say that they add or exaggerate some aspect to the normative behavior, and negative ones, in which the capacity of the subject is diminished and impoverished.

Among the best known positive symptoms is the presence of perceptual hallucinations and cognitive delusions of different types, while among the negative ones is common anhedonia, impoverishment of language and alogia. On the other hand, within this typology of disorders, schizophrenia stands out especially, but we can also find schizoaffective disorder, delusional disorder.

Bipolar disorder is a type of mental illness characterized by the alternation between two opposite emotional poles, mania (or hypomania if symptoms are minor) and depression.

This alternation produces a severe emotional burnout in the patient, who goes from being completely euphoric and with a very high level of energy to a situation of sadness, discouragement and despair. In addition to bipolar disorder and its different subtypes we can find other disorders within this category, such as cyclothymic disorder.

Major depression is one of the most prevalent psychological disorders worldwide, being the most prominent disorder within the category of depressive disorders.

The basic characteristics of this type of mental illness are based on the presence of a state of pathological and persistent sadness accompanied by anhedonia or lack of pleasure and/or apathy. It is frequent that a great passivity is present at a vital level due to the lack of motivation and hopelessness. In fact, more than sadness, what characterizes depressive disorders is the lack of initiative and interest, something that often takes the form of a symptom known as abulia .

In addition to major depressive disorder, other types of pathologies such as dysthymia, postpartum depression and even premenstrual syndrome can be found.

The most frequent type of mental disorder both in consultation and in the general population, anxiety disorders can be identified due to the high level of psychophysiological activation they cause together with the presence of a high negative affect or discomfort.

These characteristics are often accompanied by a strong attempt to avoid the things or situations that cause the anxiety, which can be very limiting disorders in daily life. Within this class of mental disorders we include, among others, panic disorder (with or without agoraphobia), generalized anxiety disorder and different types of phobias (social, specific, etc.).

On the other hand, we must take into account that it is possible to develop phobias to practically any stimulus or idea as long as certain conditions are met.

This type of OCD environment disease is characterized by the presence of a rigid and inflexible behavioral profile, the presence of doubt, and a certain level of perfectionism. But the most distinctive and characteristic of this category is the presence of obsessions, intrusive and repetitive ideas that are recognized as their own and in general as absurd by the subject himself.

These ideas generate high anxiety, and may or may not be accompanied by compulsions or stereotyped actions to reduce this anxiety (although they usually have no logical relationship with the reason for this or the relationship is exaggerated). Because the symptoms are predominantly due to anxiety, they were previously considered within the anxiety disorders, but their differential characteristics have caused them to be separated from them.

7. Trauma and other stress-related disorders

This kind of mental disorder is based on the experience of certain vital circumstances, or by the presence or absence of a specific stressor, which being lived in an extremely aversive way by the person, provokes in the subject a different pattern of behaviour than if he had not lived such situations, and which produces a lot of discomfort in the form of a crisis.

The most characteristic disorder of this type of psychopathology is post-traumatic stress disorder, which is especially common in people who have lived through war.

Some life circumstances cause the mind to react abnormally, leading to a dissociation from its basic mechanisms and processes, such as memory or identity. Formerly one of the two types of mental illness considered typical of hysteria, these disorders include dissociative amnesia, depersonalization or multiple personality disorder.

The other and main element that was considered a symptom of hysteria, the presence of somatic symptom disorders. This type of mental illness has as its main characteristic the presence of physical symptoms without any physiological cause for it, being the physical symptoms a product of the mind itself. It is worth mentioning the somatoform disorder (now due to somatic symptoms), the conversion disorder or the hypochondria.

Anorexia nervosa and bulimia nervosa are mental disorders we often hear about. These two types of mental illnesses are two of the major eating disorders, both of which are known for the presence of abnormal eating patterns.

Although in the two examples cited these patterns are characterized by a certain distortion of body image and the presence of an intense fear of gaining weight, refusing food or engaging in behaviors that force the elimination of calories, this is not the case for all mental illnesses in this category, which also includes pica or consumption of non-nutritive substances (e.g., plaster), or excessive food consumption due to anxiety or binge eating disorder.

Food and nutrition provide fundamental nutrients to the body so that it can function properly, but at a certain point the excess elements have to be expelled from the body.

In the case of people with excretory disorders, such expulsion occurs in inappropriate and uncontrolled circumstances, sometimes as a result of anxiety. In this aspect , eneuresis and encopresis stand out, in which urine or faeces are excreted respectively.

Sleep problems are also very prevalent in societies like ours. These problems may be due to sleep defect or insomnia or excess sleep, or hypersomnia. In both cases they cause problems of tiredness, lack of motivation and in some cases memory and attention problems.

In addition, rare behaviors can occur during sleep known as parasomnias. Disorders such as nightmares, night terrors, sleepwalking or Kleine-Levin syndrome are examples of this category along with insomnia and primary hypersomnia .

Although it is still a much silenced and taboo subject today, there is a wide variety of sexual problems. Sexual dysfunctions are made up of those disorders that alter, prevent or hinder the achievement of the different phases of human sexual response, appearing mainly at the level of desire, excitement or orgasm.

Premature ejaculation, erection problems, anorgasmia or inhibited sexual desire are some of the disorders of this class for which most people are consulted in the clinic.

This classification refers to the presence of a sudden impulse characterized by a high level of activation and distress that the individual is unable or has severe difficulties to resist, due to the deep gratification and well-being that he or she receives with his or her behavior. An example is intermittent explosive disorder, kleptomania or pyromania.

15. Substance use disorders and addictive disorders

The use and abuse of psychoactive substances can cause serious problems in the body. Within this type of problem we find addiction, dependence, intoxication and abstinence from very different types of substances, whether they are stimulants, depressants or disturbing.

Neurocognitive disorders refer to that group of disorders that cause an alteration in consciousness or in higher mental processes due to a disturbance at a neuronal level . Confusional syndromes, delirium or neurodegenerative disorders such as dementias fall within this classification.

The so-called paraphilias are a type of mental illness characterized by the presence of intense and persistent fantasies in which the object of sexual desire is abnormal, generally having some compulsive fixation on that type of stimuli that interfere in life or cause discomfort.

It generally refers to situations where the object of desire is an inanimate object or entity, a non-consensual being, or the suffering or humiliation of one of the components. Some disorders of this type include voyeurism, exhibitionism, sexual sadism, masochism, or pedophilia.

Each of us has our own personality, developed throughout our lives on the basis of our experiences, in which it is possible to observe the tendency to respond in certain ways to the stimuli of the environment. The kind of behaviors we do and usually do, as we analyze and observe the world and even our own identity are mediated by personality.