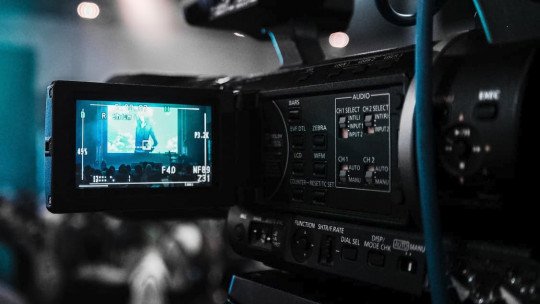 Watching movies is a good way to entertain yourself. There is a great variety of feature films nowadays, of different styles, so it is not always easy to choose which one we want to watch. The diversity of film types feeds our imagination . A scary film, an adventure film or a comedy, all of them make us feel different emotions that enrich our lives .

The interesting thing about films is that they take us to imaginary places but can seem very real. They invite us to spend exciting moments and give us the chance to identify with the characters and feel, as if the story were ours, what they think and how they feel. Films can be a great psychological experience .

Only a decade ago, the only ways to watch films were at the cinema, on VHS or on television. Besides, you had to watch them from a fixed place, for example, the living room of our house. Today this has changed thanks to new technologies. We can download movies to our computer, watch them online on this device and even take them with us on our mobile phone or tablet to enjoy them when we are travelling. Boredom is a thing of the past, but so is the way we watch movies .

Nowadays we don’t just go to the cinema to see what they show; we can choose from a wide variety of catalogue , which includes many types of films capable of satisfying almost every taste.

In this article we review the different types of films and explain their characteristics so that you can identify any work of the seventh art according to its genre.

According to the time

Films can be classified according to the time they were released.

The current films are those feature films that were released more or less a short time ago and therefore make use of the latest technical and technological advances . They are not films that are necessarily in the cinema, but they are recent films.

Old films are those that were released many years ago and when we watch them we realize how technology advances, especially when they are in black and white and with special effects that have nothing to do with those of today’s films.

The premieres are very recent films. They are included in the current films , but they have only recently come out. They are the most recent and arouse great interest.

The classics are films that went down in history for various reasons, including their innovative special effects or the fact that they were so popular. “Gone with the Wind”, “Titanic” or “Rambo” are some examples. The classics are works of art.

According to their sound

Depending on their sonority the films can be:

The early movies were silent, so the actors didn’t talk. They were very expressive films in which you could interpret what was happening just by watching the actors and reading some text that appeared between scenes. Most films were silent until the end of the 1920s , as technology did not allow any other format.

From the year 1927, movies started to have sound . This is when they made a leap in quality. The first commercial feature film that was not a silent film was “The Jazz Singer”.

According to your color

Because of technology, the first films were colorless. However, technological progress has made it possible to have films with exceptional image quality.

Black and white movies are old movies. They had this format because, as they were based on photography, there was no possibility of filming them in colour at that time . Many colour films have been re-released in colour after a few years.

This type of film is of high tension and contains chases and many fights, as well as a direction that emphasizes movement . They include rescues, battles, escapes, explosions… Their pace is spectacular, where the good guy or guys usually fight the bad guys. For example, one of the paradigmatic action movies is Speed, in which a bus must be moving all the time in order not to explode.

If you’ve ever seen “The Adventures of Indiana Jones” you’ll know what I’m talking about with this genre. These films tell interesting and exciting stories in normally exotic contexts , and with a content similar to that of action films. They usually take place in the desert, the jungle or in the sea. The characters usually go in search of treasure.

Comedies are funny movies, built to make the viewer have a fun time and not stop laughing. It usually happens in many contexts, but unlike normal films, comedies exaggerate the situation so that the audience laughs out loud.

These are serious films, with very realistic characters and situations , similar to everyday life, which include tense and dramatic situations, and which may or may not end badly.

Horror films aim to awaken our fear with shocking, tense and terrifying scenes, or by means of a setting and direction that produce anguish. Horror films can include unrealistic characters, such as the living dead or non-human beings.

Musical films are characterized by scenes where actors dance and sing. The story is explained in the combination of musical and non-musical moments . For example, Mary Poppins.

They revolve around fantastic and, in many cases, futuristic situations that may or may not include time or three-dimensional travel. The characters in this genre are not necessarily human, but can be robots, androids or aliens. The scenes contain very striking special effects.

As their name suggests, war movies include stories that revolve around war . Since many of the movies are American, the soldiers are, in many cases, American. It is possible to see military operations, the training of the soldiers, action on the battlefield, and even the love stories of the members of the army.

Westerns are set in the American West. It is one of the oldest film genres , and the plot is almost always the same. Gunmen, horses, beautiful women, whisky, vintage bars and lots of action. However, its contents may vary to give rise to different settings. For example, it is said that the Star Wars saga is practically a series of Western films filtered through science fiction.

These films contain content related to murders or organized crime . The plot usually includes a murder or a criminal act that, throughout the film, becomes clearer. They are also called thrillers .

According to the target audience

Depending on the target audience, films can be:

They’re children’s movies. They usually include magical characters and are not necessarily people. Some movies are cartoons and contain animals as characters. Although they are for children, some adults also enjoy them . Some examples are: Toy Story or The Lion King.