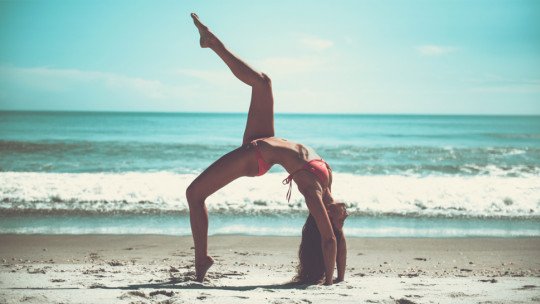 Yoga, despite being fashionable in the West, is an ancestral practice that has proven to have many benefits both physical and psychological. For many, it is not only a way to keep the body firm and healthy, but it is also key to their mental well-being.

Given its long history and popularity in parts of Asia, there is no such thing as simply yoga today, but rather there are several types of yoga created for different purposes. Let’s see what they are.

The benefits of Yoga

Anyone can learn to practice yoga, and that’s why he has so many followers. In the last decade, its practice in the West has increased in such a way that it is possible to enjoy its benefits in any gym or in specialized training centers.

The benefits of this ancient art are the following:

Over the centuries, this practice has evolved and many types of yoga have emerged. They are the following:

The main characteristic of this type of yoga is the intensity with which attention must be maintained in the present . It is named after its founder Bellur Krishnamachar Sundaraja Iyengar. It uses accessories such as wooden blocks, straps, harnesses, and tilt boards that help achieve more perfect postures and allow individuals with physical limitations to perform asanas.

Mindfulness Yoga refers to a type of yoga that works on the full awareness of the breath and the connection between body and mind. It is meditation in movement , where the important thing is to be aware of the union of body and mind and to detect the limitations of each. It works on self-pity and self-care.

This type of yoga refers to a series of exercises, specifically 26 demanding and difficult to master asanas that are performed in a space where the temperature is 42°C. The sessions last 90 minutes.

Hatha yoga is the most practiced in the world . There are other types of yoga, some more mental and others that promote love and are more selfless. Hatha Yoga is known as physical yoga, and although it also has a spiritual component (meditation, breathing…), it has a strong physical component.

A type of modern yoga that was created in 1997 . It focuses on its heart-opening asanas and takes into account the spiritual and meditative benefits of this practice.

Passive yoga is a preventive and relaxing technique , and it is a healing therapy that includes all the vital areas of the human being: the physical, the mental and the emotional. It is also called Thai Massage.

If you want to know more, you can read our article: “Passive Yoga: Discover the benefits of stretching.”

It is known as Yoga flow and refers to the connection with the breath and movement of the asanas . The transition from one to the other is smooth. Each session ends in savasana, which is the final relaxation posture.

This type of yoga is also known as “Power Yoga”. Like the previous one, it focuses on the connection between asanas and breathing, but the movements are faster and more physical .

Like Bikram Yoga it is practiced in a room with a high temperature . However, it does not involve the sequence of 26 Bikram postures, but can use any type of yoga.

It focuses on breathing (pranayama) and core work, while paying attention to developing awareness. Each posture is associated with a different breathing technique , with the idea that this will intensify the posture. A very spiritual and meditative style.

Developed by Paulie Zink , is a slow yoga style in which the postures are held for long periods of time. This helps strengthen the connective tissue, improve circulation, and increase flexibility.

It is a type of Hatha yoga, but it is not just a physical exercise to keep the body in shape or to increase strength or flexibility. This style of yoga is intended to lead to enlightenment and is based on the idea of the unity of being , in which the relationship with others is of great importance.

A type of yoga that has three characteristic elements: knowing, accepting and learning from the body. It is based on a series of prolonged postures that favour meditation . The person must feel deeply in order to find the spontaneous flow in the asanas.

A work that requires deep meditation, with slow movements . A yoga of few postures and short duration, but with the aim of a psychic cleansing, to feel like new.

A slow yoga practice in which 12 asanas are always used. This type of yoga has its origin in the a philosophy that relaxation, diet, exercise and positive thinking work together to form a healthy yogic lifestyle

It is based on the idea of tailoring goals to your own needs and abilities. “Vini” refers to differentiation, adaptation and appropriate application. It is a novel type of yoga, which does not employ strength and flexibility , but rather proprioceptive neuromuscular facilitation (PNF).

Yoga can be a great help to mothers. Prenatal yoga is ideal for women who are pregnant . Thanks to Prenatal Yoga, expectant mothers will be able to take care of their body or maintain a healthy and relaxed mind, as well as a much more relaxed delivery.

A yoga that has its origin in the control of all energies, among them the sexual one . It is ideal for practicing with a partner because it promotes union and balance between male and female energies.

Forrest Yoga is a physically demanding practice that aims to transport the transformation of the person beyond the yoga sessions. It aims at overcoming emotional blockages and finding the way forward.

This type of yoga was created by Alan Finger in the 1960s in South Africa . It is based on the idea of mental clarity and generosity of spirit. This practice combines the principles of the Hatha and Tantra yogas. .

21.Yoga centered on the Core

This is a type of Yoga that has been created in the gyms of the United States. It was born in Denver in 2002 and has since spread throughout the West. It focuses on the central part of the body .

A gentler style of Hatha Yoga, which has its origin in the ideas and guidelines of Sri Swami Satchidananda . In an attempt to integrate mind, body and spirit, this type of yoga includes singing and meditation.

Founded in Canada in 2004, it is also known as Yoga Mode. It is a style that has 45 asanas carried out in an air-conditioned room , just like the Hot Yoga.

This style is very peculiar, different from the previous ones and introduces a new alignment system. It is quite different from other types of yoga in that the knees are kept bent and the pelvis is always tilted forward. Advocates say they find a new strength in this alignment.