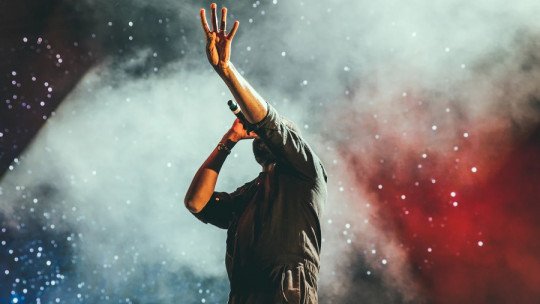 It is well known that all human beings have equal duties and rights; the right to decent housing, the right to feed ourselves daily, and in general terms, we have the right to lead a decent life.

Within this range of rights is also that of education and the possibility of accessing the cultural assets of the society in which we live. In this article we will learn about the differences between cultural democratization and cultural democracy , terms that lend themselves to much confusion and of which it is important to have a clear notion.

What is cultural democracy?

Cultural democracy refers to the idea that men and women are cultural entities that should be formed autonomously and freely, motivated by their particular interests with respect to the cultural issues within them.

In this sense, when we speak of the existence of cultural democracy, we are referring to the fact that it is clearly the individuals themselves who are motivated to learn about certain cultural aspects, without the need for external direction or governmental or business impositions. There is no need for strategic plans for people to become culturally involved in activities programmed by the state or by some other social group that promotes them. Incentives to get people involved in cultural activities can be seen as a form of manipulation or bias that discriminates against certain cultural expressions in order to give voice to others.

Although it does not hurt that there are various cultural alternatives available to the population, the ideal is that the subject himself should freely decide which ones he prefers to participate in , without having any type of external pressure that leads him to get involved in any activity of this type.

What is cultural democratization?

This position is the most common and widespread at the mass level. From this perspective, it is believed that the greater the cultural diffusion from the point of view of public projection and institutional support, the greater will also be the incursion of the population in the cultural activities born of the intellectual sensibility of the elite.

The idea is that there can only be maximum cultural development as long as the population has the possibility of freely accessing the elitist culture , and through the implementation of a sophisticated advertising and communicative machinery, as well as from the economic support that makes possible the diffusion of this culture. For some sectors of the population this idea is somewhat invasive.

Cultural democratization is perceived by some as a form of manipulation, which pursues particular interests, which go beyond the very purpose of bringing culture (that of the elite) to the masses . From some sectors this method is seen as misleading advertising, which prevents people from freely choosing which activities and forms of expression they prefer to participate in.

In this sense, people go from being an active and participatory part of culture by their own means, to being a kind of spectator, who will only participate in the “elitist” cultural activities that the system offers them through the publicity it implements for some of these movements.

In short, the democratization of culture proposes to be a kind of guide towards an “ideal culture” , which is planned by the state or by any other private entity that proposes it; which leads to a passive participation on behalf of the community, since it is not the citizens who decide freely.

Active participation can only occur when there is cultural democracy, where the subject is solely responsible for his or her choices and makes them from his or her own personal motivation, without any incentive or suggestion from outside agents.

Differences between democracy and democratization in culture

Now we will see a list of the differences between democratization in culture and cultural democracy.

Cultural democratization understands it as a collective good that by default is not within the reach of everyone and that it has to be achieved through some sophisticated methods. On the other hand, cultural democracy understands that culture is more of a personal and spontaneous process, which is built from daily coexistence.

3. The origin of culture

In the cultural democratization the origin of this comes from the officiality , that is, it is elaborated according to the criteria of public employees who are dedicated to create cultural strategies for the people. On the other hand, in cultural democracy it is the subject himself who decides which activities he participates in according to his motivation.

4. The proposal for citizen participation

As far as the democratization of culture is concerned, people participate as a kind of audience-spectator; they are subject to other people’s decisions about what kind of content to experience.

On the other hand, in cultural democracy, each person is an actor-participant in his or her own cultural experience, there is no dependence of any kind on the contents in which the citizen wishes to participate.