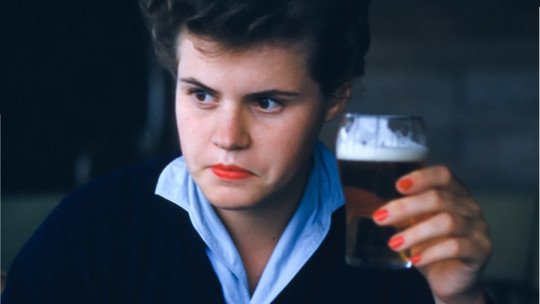 Such desires often involve a heavy investment of time and resources, and even then they are not always achieved. In this context, we sometimes see how other people do get things that we would like to achieve, or we are afraid that they will “take away” what we have achieved.

This can lead to unpleasant and annoying emotions which, although natural, if not properly managed lead to toxic and destructive behaviour: we are talking about envy and jealousy . In both cases we are facing unpleasant emotions related to the idea of possession, being similar to each other or even being confused frequently by a large part of the population. But we are not before two synonyms, but before different concepts.

Understanding what the concepts of envy and jealousy refer to is fundamental in order to be able to distinguish them and appreciate the differences between the two. In this sense, it is necessary to make a brief definition of each one of them.

Envy is the feeling characterized by a strong sensation of discomfort or pain before the existence or achievement by another person of an objective, characteristic or good that one wants for oneself , regardless of whether the other person has made an effort to achieve it or not.

It is a strong desire to obtain something that another person has and we do not, causing us anger, bitterness and/or sadness that another has our object of desire. Sometimes the feeling of admiration is considered as such, along with the desire to have something that one does not have, which would be “healthy envy”, but generally when there is envy there is a tendency to wish that the other person lose that good.

As far as jealousy is concerned, we refer by this name to the feeling of discomfort, anguish and concern directed towards the possibility of losing something that is valuable to us and that we consider to be our own.

We can talk about the existence of jealousy towards very different types of elements, such as professional jealousy, but in the area where it is most often observed in the field of interpersonal relations.

In this sense, one perceives the attention, affection or love of the other person as something that belongs to the subject, and that another can take away. Although the most common thing is that when we talk about jealousy we associate it with relationships, there can also be jealousy between friends or even between relatives (for example, siblings).

Although a certain level of jealousy may be natural, generally its existence speaks to us of insecurity in addition to a perception of possession or belonging to the other or of his or her attentions, and it is not uncommon for feelings of inferiority to exist towards the one who has achieved the object of desire.

Main differences between jealousy and envy

Although at first sight jealousy and envy have many similarities between them, the truth is that** they are concepts that present remarkable differences**. Among them, some of the most relevant are the following.

1. Situation regarding the object of desire

The main and most important difference between jealousy and envy, and the easiest way to distinguish them, is that while envy is established with respect to something that you desire but have never had or possessed jealousy focuses on the fear of losing something that you already possess and want to keep.

2. Who is the focus of the emotion?

A second difference lies in the object to which the emotion is directed. When someone is envied, the attention and discomfort is generated by the person who generates the envy. In jealousy, the discomfort does not usually come from the person (although the relationship usually resents it) but from a situation that triggers suspicion or fear of losing that which is dear to them.

Among the differences between jealousy and envy we can find the level of uncertainty and certainty we have about what generates the emotion.

As a rule, envy is based on a certainty : the other person has something that one lacks. However, in the case of jealousy, the emotion is generated by uncertainty, by the fear that another person will appear and take away the object of desire or the suspicion of losing what is loved.

Another difference that we can find between jealousy and envy is in the feeling that usually prevails. In general, what predominates in jealousy is an intense fear of losing what has been achieved, while envy is much more centred on resentment and rage that generates that the other person has what we want and do not have. However, we must take into account that in both cases it is likely that there is both fear (of losing or not achieving what we want) and rage (towards the person who is envied or towards those who may get what we have).