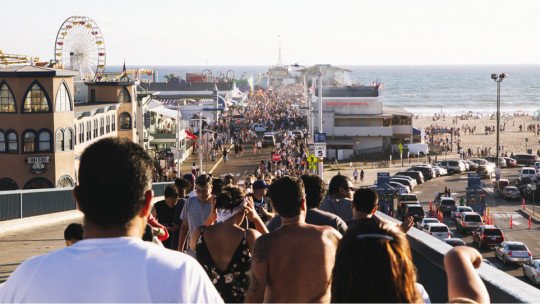 Psychology is often understood as a science that is dedicated to studying the individual, the person. However, this is not always the case.

A good part of the psychological phenomena that are investigated from this discipline have to do with interaction, the way in which we relate to others and, in short, the social.

This easily leads to a question: what are the differences between psychology and sociology? What makes them different?

Differentiating between Sociology and Psychology

Both psychology and sociology are very broad disciplines, so there are several points of overlap between them. However, getting to recognize their differences is not complicated. Let’s see what they are.

1. Psychology is not only a social science

Sociology is the science that studies and analyses social phenomena and the relationships between people , that is, those that cannot be understood from the study of the individual.

Psychology, although it has a facet that falls squarely within the scope of the social sciences, cannot be fully included in this category. This is because its object of study is bio-psycho-social. That is, takes biology and even genetics into account . These latter elements are by definition something that affects the individual in the first place, and cannot be considered the result of interaction with the environment. (the genotype only changes through small random mutations).

Biopsychology and basic psychology, for example, study the most basic and universal mental processes, as well as the problems that arise when the nervous system is drastically altered. These are processes that do not depend so much on culture and the social as on the material changes that take place directly within the human organism.

Through research in this type of area linked to what we humans have in common, we try to understand the “raw material” with which we come into the world and which, in combination with our relationship with the environment, will make us the human beings with our own personality that we all know.

Sociology does not focus on a specific individual , but rather analyses the behavioural patterns of collectives and multitudes. For example, the way in which people blame the rise in unemployment on the government or the market economy.

For example, psychologist Solomon Asch’s experiments on conformism served to observe the effects that social pressure had on individual behavior, leading people to give a response that they thought was wrong just because it was not the group’s discordant note.

3. The methodology they use is different

Psychology makes great use of the experimental method , which consists of generating a psychological phenomenon by controlling all the variables to see what causes it and what consequences it has. In other words, the aim is to see the causal link between one event and another that comes later.

For example, experiments measuring the effectiveness of different types of psychotherapy are an example of this. In them, we observe how a series of patients are involved in a psychological intervention program and, once the necessary time has passed, we observe what changes have occurred in them, and we compare these results with the state of other people who have not gone through treatment (to better isolate the variables).

Sociology, on the other hand, is not characterised by the use of the experimental method, but rather is based on the correlational method (although the latter is also used by psychology).

The correlational method does not allow us to know which causes produce which effect, but rather describes reality by showing trends that occur at the same time and that may or may not have a causal link between them.

For example, if wealthier people tend to vote more for a party, there will be a correlation between the amount of money earned and the likelihood of voting for that election option. However, in this way it is not known if these people decide to use their vote in this way because that is the party that fits better with their ideology, or if they do it to prevent another party from winning despite the fact that there is another very minority party that better represents their world view.

In short, sociology renounces to know very well the causes of what it studies, because what it analyses is a historical process that is constantly changing with the passage of time and, therefore, it is not possible to extract universal and timeless laws about it.

4. The size of the groups

Both disciplines can base their research on the observation of groups of people, although we have already seen that psychology and sociology differ in a fundamental qualitative aspect: the first studies rather the effect of the social on the individual and the second studies the collective phenomena themselves.

However, there is another difference related to the use of groups in research. In this case, it is a quantitative difference; psychology focuses on small groups , while sociology tends to investigate much broader collective phenomena, involving thousands of people.