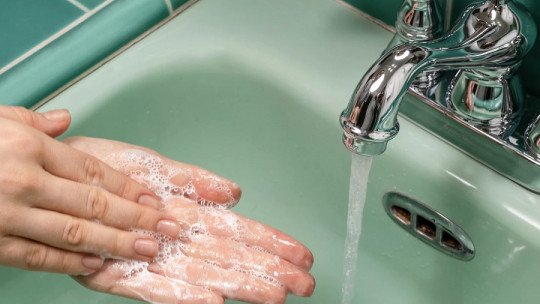 In psychology, there are concepts that, being complex and presenting many facets, may overlap in some aspects, and be confused by the general public. This is the case of perfectionism and Obsessive-Compulsive Disorder (OCD) which have some characteristics in common but must be distinguished due to the many aspects in which they differ.

Thus, in this article we will see what are the most important differences between perfectionism and OCD , and in what ways they affect the life of the person who experiences them first hand.

Knowing this is very helpful, because a lack of information about it can cause perfectionists to worry for no reason that they might have OCD, and people who can be diagnosed with OCD, not knowing about the disorder, may believe that what’s wrong with them is normal and should not be treated by mental health professionals.

Main differences between perfectionism and OCD

Before we see what the differences are between Obsessive-Compulsive Disorder and perfectionism, let’s review the meaning of each of these two terms.

Specifically, people with OCD experience intrusive thoughts that cause discomfort and distress, and they try to dispel them by performing compulsions, stereotyped, repetitive actions that are similar to small rituals and are intended to make those mental images disappear.

OCD can be expressed through many types of obsessions and a great diversity of compulsions . Examples of the latter are washing your hands many times in a row, walking alone on certain tiles around the same room, closing a door many times, etc.

On the other hand, in order to talk about Obsessive-Compulsive Disorder, these obsessions and compulsions must appear very frequently and produce significant damage to the person’s quality of life, which many times even generates an impact on their physical health.

On the other hand, perfectionism is a category that has not been defined by consensus among researchers in the world of psychology and does not form part of the entries in diagnostic manuals, and indicates a tendency to do things by being very faithful to the plans and objectives established beforehand.

Having said that, let’s look at the differences between perfectionism and Obsessive-Compulsive Disorder.

1. OCD is always harmful, perfectionism is not

As we have seen, Obsessive-Compulsive Disorder always produces discomfort, either because of health problems or because of the expenditure of time and resources on rituals that do not bring any objective well-being, beyond dissipating the short-term discomfort (which is also induced by this disorder).

On the other hand, while perfectionism can be very problematic if it occurs to a very high degree, and can even contribute to rapid health deterioration, this does not have to be the case in all cases. In some situations, perfectionism is an advantageous trait , and in others, it is not; it depends on the context.

2. In OCD there are repetitive rituals

The main characteristic of OCD, and one of the clearest differences between this disorder and perfectionism, is that leads the person to perform very specific and repetitive rituals , which are always performed in the same way. In fact, if something new ever comes up in the performance of these compulsions, people with OCD tend to interrupt the sequence and start over.

The repetitive nature of the compulsions is independent of the context, it always arises in the same way, so a person who observes these rituals, will already know how the next ones will be.

On the other hand, in perfectionism rigidity is not present in such a literal way . It is true that perfectionists adopt patterns of behavior linked to discipline, but this is a rigidity that makes sense in order to reach a medium or long term goal; it is not so much the discipline itself that is valued, but what the discipline allows to be achieved. This leads us to talk about the following difference between perfectionism and OCD

3. In OCD the goal of the compulsions is always the same; in perfectionism, it is not

People are perfectionists in many areas of their lives, since they aspire to achieve ambitious goals through this, on the one hand, or an order that allows them to use their time and resources efficiently to all the things they can do on a daily basis.

In contrast, when people with OCD experience the anxiety-inducing effects of this psychological disturbance, the goal they have in mind when performing their rituals to purge the discomfort is always one: to stop feeling bad at that moment, or to prevent a particular situation from occurring that would be catastrophic , and that tends to be always the same (usually, both phenomena occur at the same time). The goal is always to get away from something bad, and more specifically, something bad that is always the same or almost the same.

For example, a perfectionist may clean his kitchen every day before going to sleep so that he doesn’t have problems the next day finding cutlery or clearing a part of the table for eating, or simply because he understands that the default state of the kitchen is cleanliness, but a person with OCD will clean it for fear that the area will be full of cockroaches in a matter of minutes, and will do so always in the same order.

4. In OCD there is magic thinking, and in perfectionism, not always

People who experience OCD perform compulsions because they implicitly believe that these rituals will prevent something bad from happening or an unpleasant circumstance from having any effect. He may recognize that rationally this makes no sense, but he feels that if he doesn’t, something will go wrong. Therefore, in practice she falls into superstitious approaches (at least for that aspect of life, not necessarily in others).

In perfectionism, however, magical thinking does not necessarily occur, as there are objective reasons to think that doing things by being faithful to a plan brings benefits when it comes to achieving something.

How to seek help for Obsessive-Compulsive Disorder

As we have seen, OCD is a psychological disorder that always damages a person’s quality of life, and that always deserves a visit to the psychologist . 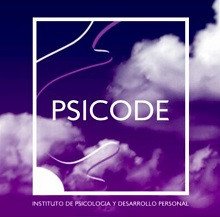 At the Instituto de Psicología Psicode , a mental health care centre located in Madrid and Alicante that also offers online therapy, they explain that with the appropriate psychotherapeutic assistance it is possible to mitigate the symptoms of this mental disorder, even in cases where it appears at the same time as other disorders (something relatively frequent).

The key to treatment is to intervene both in the thoughts and beliefs, and in the actions and concrete habits of the patients, on the other hand. From this double route of psychological intervention, fostered by cognitive-behavioral therapy, it is possible to make the day-to-day life of these people transform quickly and, although it is rare for all the symptoms to disappear completely, one can begin to live normally.

For example, one of the most common tools used to modify the actions of OCD patients is Exposure and Prevention Response , in which the person is trained to get used to not performing the compulsion and letting the anxiety dissipate on its own.

Clinical psychology professionals at the Instituto Psicode point out that much of the therapy is activity-based, and not just talking to the psychologist, as many people believe. However, psychotherapists guide each patient in a personalized way, so that they are clear at all times about what to do and why it makes sense to do it.

On the other hand, in many cases the use of psychotherapy is combined with the administration of psychotropic drugs prescribed by the doctor, at least temporarily, to control the symptoms.