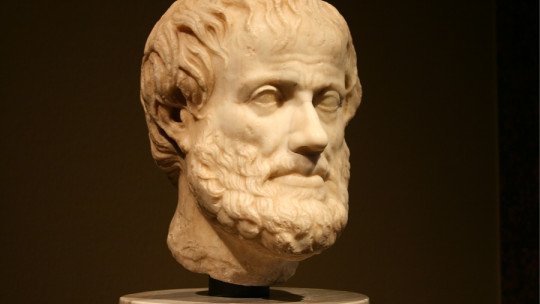 Aristotle was a philosopher and researcher born in Ancient Greece. He is considered the father of Western philosophy along with Plato, and his ideas have had a great influence on the intellectual history of the West.

Here we will know the types of causes according to Aristotle: the formal, the material, the efficient and the final . The author thus insists that we must know the principles of natural beings.

Aristotle’s four-cause theory and his notion of movement

Aristotle developed a very influential theory in the history of thought: the theory of the four causes . This theory was focused on understanding movement, which according to the philosopher has a broader sense than in our language, and is synonymous with change in general.

According to him, the movement can be natural or violent . If it is natural, Aristotle defines it as “every object in the universe has its own place in nature, and he who is not in his own place will strive to attain it”.

He believes that every change has a cause. According to Aristotle, knowledge (whether scientific or philosophical) is always knowledge by causes; something is known when its why is known (the why of its existence), that is, the first cause. But he distinguishes up to four types of causes that explain what happens in nature.

Types of causes according to Aristotle

The types of cases according to Aristotle are formal, material, efficient and final. The first two are intrinsic (they constitute the being), and the other two are considered extrinsic (they explain the becoming).

In reality, and as we shall see, the four types of causes according to Aristotle are in some way reduced to two: form and matter; matter as an indeterminate substratum, and form as the principle of all determinations. Let us know each of the causes according to this Greek thinker.

If we relate this cause to learning, it would be the theories or models of learning, and they can be expressed in mathematical or computational terms.

What is it made of? This concept from Aristotle’s theory of causation refers to the matter in question, the passive condition, necessary as a substrate that receives form and is maintained through change. From it something is born, emerges or becomes; it is something totally undetermined, for example a stone, wood,…

This cause makes the world not a world of pure form (like that of Platonic ideas) but a sensitive and changing world.

Applied to learning, it also refers to neural changes, the physical changes to the nervous system that mediate learning.

Which agent produced it? It is the principle of change or movement, that agent that produces such a change . In other words, it is the motor or stimulus that triggers the development process.

It is the “cause of what the thing is” (for example, that the child is a man, or that the table is the table). As we have seen, only this cause can set the thing in motion.

These are the necessary and sufficient conditions to produce a result in the behavior . It is the previous experience with specific stimuli and responses that produces the change in behaviour, which signals the presence of learning.

Applied to humans, this cause allows the subject to adapt to the environment . Learning mechanisms evolve because they provide a reproductive advantage.