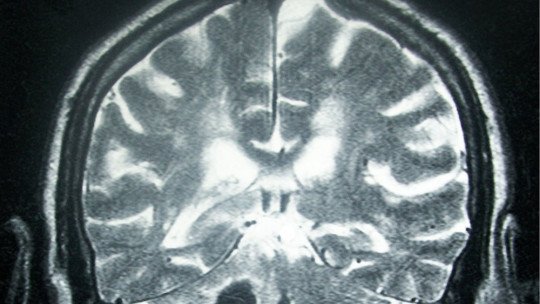 Seizures or strokes are the leading cause of death by disease in women and the second in men throughout Spain, reaching between 150 and 250 per 100,000 inhabitants in just one year. Likewise, 24.7% of people who suffer a stroke end up with some kind of disability.

Fortunately, there are means and treatments that can drastically moderate the damage caused by these strokes; but for this it is necessary to identify what type of stroke the person has suffered , since each one is characterized by different causes and consequences.

What is a stroke?

Stroke is a disturbance in the flow of blood to the brain. When this happens, the brain stops receiving the oxygen needed to function properly and the areas of the brain that are affected start to die.

The effects of this type of accident can be harmful to the person, even affecting the whole body. These consequences can range from vision problems to varying degrees , speech disorders, cognitive deficits or motor problems , to body paralysis to varying degrees.

Strokes are also part of a broad category of brain function disorders, such as stroke, brain attack, or infarction.

There are two main distinctions within strokes. One is ischemic stroke, which accounts for 80% of strokes, while the rest are caused by so-called hemorrhagic stroke.

Ischemic is the most common type of stroke. It is caused by the formation or arrival of a blood clot which blocks or interferes with the flow of a blood vessel in the brain, interrupting the flow of blood to the brain.

Within a few minutes the brain cells begin to die from lack of oxygen and nutrients, causing any of the consequences listed above.

The symptoms of a person having an ischemic stroke are:

Ischemic strokes can also be divided into two subgroups and categories: thrombotic strokes and embolic strokes.

Thrombotic strokes are strokes caused by a blood clot called a thrombus, which originates in the arteries that supply blood to the brain.

Usually, the symptoms of this type of stroke appear suddenly, especially during sleep or in the morning. However, at other times the symptoms occur gradually over hours or days, in which case it is referred to as an evolving stroke.

This subclass of stroke is common in the elderly, those with high cholesterol levels, and those with arteriosclerosis.

Unlike a thrombotic attack, embolic strokes are the result of an embolus. An embolus is a blood clot that originates anywhere in the body and is carried to the brain by the bloodstream.

These attacks can also appear suddenly and are characteristic in people who have heart disease or have had some kind of heart surgery.

Being the least common accident subtype, hemorrhagic stroke is caused by the fracture or tearing of a blood vessel, with consequent bleeding inside the brain and destruction of brain cells.

This type of bleeding accident usually occurs in people with high blood pressure. This blood pressure strains the artery walls until they break.

Also, another quite common cause is the so-called aneurysm , a fragile point in the arterial walls that arches, due to the pressure with which blood circulates, until it finally breaks and causes the spill. These aneurysms may be congenital and present from birth, or due to disorders such as hypertension or arteriosclerosis.

Like ischemic stroke, there are two subtypes of hemorrhagic strokes : intracerebral hemorrhagic and subarachnoid.

Intracerebral hemorrhage consists of bleeding from the veins or arteries inside the brain . As a rule, the bleeding originates suddenly and evolves very quickly; it does not produce any kind of warning signal and is so serious that it can lead to a coma or even death.

The most common cause of this type of intracerebral hemorrhage is hypertension, that is, high blood pressure.

In hemorrhages of this kind the effusion or bleeding is located in the subarachnoid space . This is between the brain and the membranes that cover it, called the meninges. There are two main causes of these strokes: