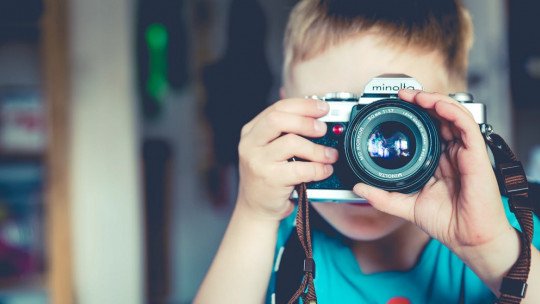 The concern for the development of intellectual skills has been a subject of debate for a long time. More recently it has become an important issue related to school performance and achievement. It has therefore become very common to hear that teachers or relatives of school-age children suspect that some of them have skills, both intellectual and social, that are superior to those of the rest.

A lot of questions arise between emotion and uncertainty: Will he be a child genius? Will he be a talented child? A gifted child? A child prodigy? …among many others. And psychology is one of the disciplines in charge of offering answers.

5 differences between gifted and genius

It is not uncommon for communication between a teacher and a child’s family members to be difficult when some consider the child to be a genius, others consider him or her to be gifted, and still others simply a talented child; even if these concepts are widely discussed or even discredited by much of psychopedagogy.

So, considering that they are controversial terms and involved in a great diversity of opinions, but that they are still used and generate some confusion, we will now see some differences between gifted children and genius children that could be useful at a general guidance level.

1. IQ is not everything

A child is generally considered gifted if he or she has an intelligence well above average (about 130 IQ points or more, depending on age), and has also been able to learn certain things more quickly.

In other words, the genius is defined later, by the product of his work or oeuvre, which not only depends on the IQ but also on creativity, motivation and commitment to his task.

2. The impact of your work makes a difference

In line with the above, the gifted child may be a child of early learning, a child prodigy (the one who performs activities with the performance levels of an adult at a young age) or a talented child (the one who has a superior performance in a certain and socially valuable area, especially in some field of scientific knowledge), but is not necessarily or becomes a child genius , because he does not always perform a work that is considered transcendental.

3. Learning does not always seem to be ahead of schedule

Gifted children generally show “early” learning in the area of language and visual-motor coordination , but also in other areas related to cognitive skills.

A child genius does not necessarily show early learning or social appreciation, as he or she is considered a genius once his or her skills have been perceived by others as important.

4. Motivation for learning is very important

Gifted children may develop a special talent for a specific task, but this does not occur naturally, it is necessary to give them the possibility to do so, especially by encouraging a motivation for learning .

As the genius is one who has produced a work that is considered valuable, we assume that he has been or was a child who had the opportunity to constantly reinforce the motivation for what he does.

5. School performance is not always superior

Related to the previous point, a gifted child is easier to identify within a school, since it is very noticeable that school learning is faster , or it puts us in the need to make curricular adaptations to foster his skills, or to avoid boredom in the classroom.

On the other hand, a child genius does not always show superior school performance, since, as we have seen, genius is a characteristic that is attributed later and that is not only related to skills and IQ, but to creativity and motivation for learning.

Other proposals: the Outstanding Skills

The study of intellectual skills as well as school performance is constantly updated. It is one of the most researched areas in psychology and pedagogy at present, especially since educational paradigms are focused on favouring both the competences and the interests of children, often although teachers or families do not have the necessary strategies .

In an attempt to offer explanations and alternatives that will favour children’s learning, the concept of Outstanding Abilities and Skills (CAS) has emerged, even developing standardised ways of identifying “CAS children” (children with outstanding abilities and skills).

In very broad terms, the term CAS allows us to encompass several of the characteristics of intellectual development, without the need to use the terms “gifted” or “genius”, the differentiation of which can be very problematic in some contexts.

It is also one of the conceptual tools that have made it possible to design and implement curricular adjustments and to recognize and address the diversity of intellectual and social skills during childhood.