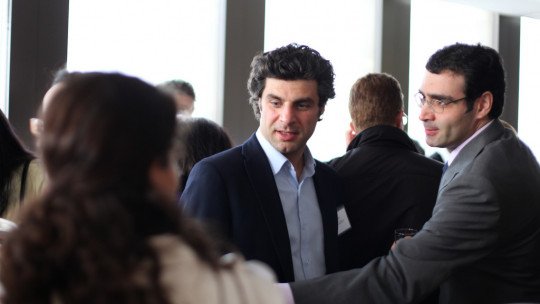 When it comes to working together with other people, the dynamics that are established between workers make the difference. Even if we devote the same time, the same material resources and staff with a sufficient level of training, working in one way or another with those ingredients makes it more or less happen.

Next we will see what the differences between group and team consist of , given that it is this type of involvement and coordination that makes, with the same expenditure, the productivity in companies and organizations be taken to its maximum potential, or not.

Main differences between group and team

As far as the world of Work and Organizational Psychology is concerned, the definitions used about what groups and teams are are different. And they are not only theoretical, but as we will see they refer to two types of phenomena that produce very different results.

Groups are, fundamentally, groups of people who share a space, a place, and who show a certain degree of tolerance among themselves, which makes it possible to be somewhat stable.

In the context of companies and organizations, a group is also a functional part of a system of people who produce something, whether for commercial purposes or not. However, just because a useful function is performed does not mean that the group has a shared goal. Instead, each person has a goal .

In other words, this type of association is governed by individualism: people come to an agreement to reach a goal that they had already set for themselves individually.

The team, on the other hand, is moved by collectivism, the notion that there are experiences that can only be lived by uniting and connecting with others and that certain goals are fundamentally of a collective nature . For example, the protection of the environment is not a goal that can be reached objectively, and in the same way it is not a creative task in which several artists must work, either.

The equipment adapts in real time to unforeseen events, since all the people who make it up go to one. If a need arises that is different to those that have been defining the work, for example, it is not necessary to convince others to adapt to this new circumstance; in any case, new proposals are jointly sought and informed.

That is why, in the teams, every time the way of working is changed and new unforeseen problems arise, these are immediately reported, instead of continuing to work through inertia.

In the groups, on the other hand, the mentality leads to an attitude defined by passivity. That is why, for example, if unexpected changes appear, it is necessary to negotiate again with the individuals who form it , since they can stick to the idea that they do not have to do anything more than what they have been doing previously. Any change in the way of working is seen as a separate piece in the rest, which does not have to imply that changes in other processes directly related to the previous one have to be considered.

In groups, communication flows tend to be vertical, since they are limited to the hierarchical relations specified in the organization chart; it is simply not obligatory to establish other routes through which information circulates.

In the teams, the number one priority is to make the whole team able to adapt to changes and to reach the goals set collectively, and that is why the formal is subordinated to the useful. Although it may seem contradictory, it is often better to give up the rigid structure of written rules (with the agreement of all parties involved).

In the groups, on the other hand, the rigidity of the rules is used not for its usefulness, but as an excuse not to face new situations or to have to work more during the phase of adaptation to the changing situations that are coming our way. In other words, the rules are assumed as a dogma, something that must be followed to avoid complications, although this, paradoxically, may lead to certain problems caused by the lack of adaptation to change becoming chronic and generating totally avoidable discomfort.

5. Potential for opportunity or blindness to it

Teams are always much more skilful at detecting hidden opportunities, since communication flows and the proposal of ideas that “break the pattern” is not penalized.

In the groups, on the other hand, the simple idea of turning the direction of what was being done causes rejection , and a very good excuse is needed for something as simple as proposing new strategies or group interests. This means that, even if you sense an opportunity, you never go beyond this phase, and neither do you value that possibility nor, of course, undertake new missions. On many occasions the person who has come up with the idea does not even communicate it to a colleague.