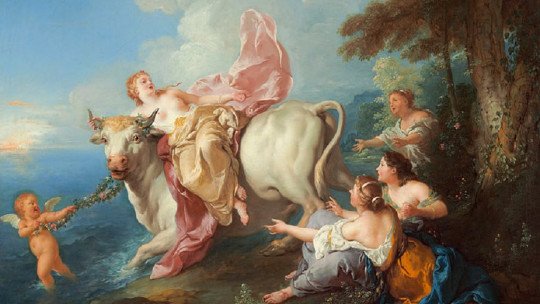 Since prehistoric times, human beings have tried to make sense of everything that happens in the world . Based on what we know and experience, we are able to try to elaborate explanations of why things are the way they are, where we come from and where we are going.

Different peoples and cultures have established different histories to this end, in many cases inserting religious and supernatural elements. Many of them have ended up shaping myths and legends. Today these two concepts are often confused, so in this article you can find 5 differences between myth and legend .

Myth and legend: what are they and how are they similar?

When it comes to interpreting the way in which human beings have constructed cultural elements and ways of explaining reality from a non-scientific perspective, it is common to come across concepts that are very similar to each other. In the end, all ways of explaining something through stories have many things in common, and their structure is usually the same: approach, knot and outcome. However, if we look at the way different societies and civilizations have tried to describe what has happened in the world over the centuries, it is possible to find distinctions. This also applies to the fact of knowing the differences between myth and legend, two very frequent types of narration, and that supposed the explanation by default to everything that the human being saw and that at that moment escaped to the rationality.

When we speak of myths and legends, we are talking about forms of narrative expression that form part of the collective imaginary of a people with the intention of trying to explain an aspect of reality for which at the time of the birth of the story there was still no explanation, or whose origin has been sought to be magnified. These are stories that have been transmitted orally through generations, many of them reaching our days. But what do we understand by myth and what do we understand by legend?

A myth is considered to be that narrative that is situated outside of real space-time and that usually has as its protagonists divine or supernatural entities, or great heroes who perform incredible feats and whose figure has not existed in the real world. In general they try to explain abstract concepts whose origin is uncertain, such as the world, life, love or hate. Their main function is to try to make sense of things, using analogies between what we do not understand and elements present in our lives.

A legend, although it is also a story in the form of a narrative that is transmitted through generations and that usually has supernatural and fictitious elements , generally attempts to give an explanation of a specific historical fact. They are usually based on real historical facts, although they incorporate fantastic elements that alter, modify or give a different meaning to history. Their function is to highlight the characteristics of a real character or people, not so much trying to give a meaning to reality but rather to promote specific social values and ideologies.

Observing how we have already defined each of them it is possible to establish a differentiation between myth and legend . Even so, in order to facilitate the understanding of their differences, we can find that 5 of the main differences between one and the other are the following.

1. What they are based on

One of the most identifiable differences from the definitions given is what each type of story is based on. The legend is based on a real historical event subject to direct observation that is subsequently enriched and deformed over time.

The myth, however, is a fictional elaboration created directly from fantasy based on analogies between the real and symbolic elements.

2. What they are trying to explain

As we have seen, legends and myths have traditionally had a different purpose despite being similar in their approach. The legends usually try to show, to foment or to enrich a value, historical event or real personage, having a rather educational purpose. As far as the myth is concerned, supposes an attempt to explain reality in a mystical way , trying to understand the why and the origin of things.

One of the most visible differences between myth and legend is the temporal or spatial context in which they appear. Generally, we can observe that the legend is circumscribed to a concrete and real historical moment, in a territory that can be perceived as existing or even imaginary, contextualized in a specific part of the world.

In the case of the myth, the period of time or the location in which the events occur is located outside the real world, being unrecognizable . In some cases, they speak of the beginning of time or of its end, or are situated on a different plane of existence from ours.

The type of characters that appear in the story also changes between myth and legend. While in the legend, although fictional or supernatural beings often appear , the characters are human beings who have existed or are part of real people, in the myths the protagonists are directly supernatural beings, gods or heroes who have not usually been represented in the real world.

Although this aspect is linked to the time-spatial situation, it is interesting as a difference between myth and legend. We are talking about the origin to which the story told within the story itself is attributed.

Legends are generally attributed to the testimony of people who claim to have lived or seen the event being talked about, being the product of direct observation of the facts. However, myths refer to metaphysical aspects that man has not been able to observe for himself. Thus, as a rule, their creation is attributed to the transmission of information by gods or spirits, who have decided to communicate certain knowledge to man.