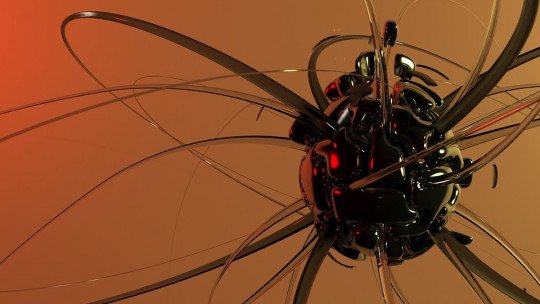 The cells of our body, the air, the water, the different minerals… each and every one of the elements that surround us are made up of different types of atoms and molecules . These particles are the basic unit of matter and, moreover, serve to understand how many biological processes related to the neurosciences occur, such as depolarization.

However, in order to form something as complex as a living organism or the various compounds or materials that we observe in our daily lives, it is necessary for the atoms to group together and relate to each other in some way. Chemistry has studied the composition of matter, including the elements that allow different atoms to bond together. These are called chemical bonds.

In this article we will see how the main types of chemical bonds present in nature are.

A chemical bond is defined as an interaction or force that causes two or more atoms to maintain a bond based on the transmission of electrons between them.

Depending on the position of both, on the electronegativity or difficulty of ionizing the atom and on the electronic stability that each atom already has, it is possible that the force of attraction between electron and nucleus prevents repulsion between atoms. A chemical bond will be created in which one of the atoms will lose electrons and the other will gain them, achieving a final state in which the whole of the two atoms reaches a stable level of electrical charge.

The ionic is one of the best known types of chemical bonds , being the one formed when a metal and a non metal (i.e. a component with low electronegativity are joined to one with high electronegativity).

A typical example of ionic bonding is found in salt, or in crystallized compounds. Materials formed by this type of bond tend to require a great deal of energy to melt them and are usually hard, although they can be compressed and broken easily. In general they tend to be soluble and can dissolve easily.

Covalent bonding is a type of bonding characterized by the fact that the two atoms to be bonded possess similar or even identical electronegative properties. Covalent bonding assumes that both atoms (or more, if the molecule is formed by more than two atoms) share electrons with each other, without losing or gaining quantity.

This type of bond is usually part of organic matter, such as that which makes up our organism, and is more stable than ionic bonds. Their melting point is lower , to the point that many compounds are in a liquid state, and are not usually electrically conductive. Within the covalent bonds we can find several subtypes.

In this type of covalent bond, which is actually the most common, the atoms that are joined together are of different elements. Both possess similar (but not identical) electronegativity , and thus have different electrical charges. Again, no electrons are lost in any of the atoms, but rather they share them.

Within this subgroup we also find the bipolar covalent bonds, in which there is a giver atom that shares the electrons and another or other receptors that benefit from such incorporation.

Things as basic and essential to us as water or glucose are formed from this type of bond.

In metal bonds, two or more atoms of metal elements are bonded together. This union is due not to the attraction between both atoms, but between a cation and the electrons that have been left free and unconnected, making it such a thing. The different atoms form a network around these electrons, with patterns that are repeated. These structures tend to appear as solid and consistent elements , deformable but difficult to break.

This type of bond is also linked to the electrical conductivity of the metals themselves, as their electrons are free.

Although the main chemical bonds are the previous ones, at the molecule level we can find other modalities . Some of the main and best known are the following.

4. By forces of Van der Waals

This type of bonding occurs between symmetrical molecules and acts on the attraction or repulsion between molecules or on the interaction of ions with molecules. Within this type of union we can find the union of two permanent dipoles , two induced dipoles or between permanent and induced dipole.

This type of link between molecules is an interaction between hydrogen and another element of high polarity. In these bonds the hydrogen has positive charge and is attracted by polar electronegative atoms , generating an interaction or bridge between both. This bond is considerably weak. An example is found in water molecules.