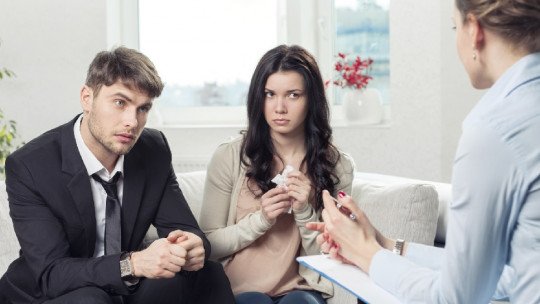 Relationships are complex. It’s not just a matter of loving each other: maintaining a balance between passion, intimacy and commitment , communicating properly and having a relationship that allows both partners to grow and enrich each other’s lives is a big effort. In this context, it is not uncommon that throughout the relationship different types of conflicts may arise that the couple will have to face, and sometimes they may not be able to do it on their own.

One alternative, if there is a desire to improve the situation, is to seek professional help: it may be necessary to go to a professional who can help us with couples therapy. However, couple’s therapy is not a homogeneous thing that is always carried out in the same way, different schools of thought have developed different approaches that can be more or less useful depending on the problem in question. In this article we are going to comment on what is couples therapy in general and some of the types of couples therapy that exist .

What is couples therapy?

Couple’s therapy is the type of treatment or procedure that is used at a professional level** with the aim of improving the situation and relationship of a couple** in the face of some type of problem that interferes with their normal functioning or that generates suffering for one or both parties.

This type of therapy is very useful for those couples with important problems and conflicts or for those who are looking for solutions to minor problems that can affect the relationship. The most common thing is that behind the different problems there is hidden the presence of some kind of frustration or dissatisfaction with some aspect of the relationship, generally linked to or worsened by the lack of communication.

It is possible that there is no clear demand beyond the presence of relational problems, one of the main aspects to work on is to elucidate the reason for the dissatisfaction with the objective of finding means to reduce it and introduce changes that allow the resolution of conflicts. However, in other cases the cause of the conflict may be more limited to a circumstance , situation or specific discrepancy.

Some of the main causes that usually lead a couple to come for a consultation are the appearance of infidelity, problems or absence of communication, bad coexistence, presence of jealousy, emotional dependence, fertility problems, sexual dysfunctions, absence of shared goals or perception of lack of involvement by one of the parties, discrepancies in the education of the offspring, structural discrepancies at the level of problems of hierarchy or inequity in power, or unexpected problems such as the death of a child or the diagnosis or suffering of a chronic or terminal medical illness or mental disorder.

Types of couples therapy according to your paradigm

All these problems can be observed and treated from very different theoretical and practical perspectives . For example, some of them may focus more on emotional factors or on the feelings of their members while others are based more on the existence of family roles and structures or on more cognitive aspects. All of them are considered couples therapy and all of them have their usefulness in different situations.

Below we are going to look at some of the main types of couples therapy that exist based on the theoretical current from which they start .

Couple’s therapy from a psychodynamic perspective usually focuses on the presence of conflicts produced in childhood or early development as a cause of the generation of couple’s problems in the present. Also the use of defence mechanisms such as the projection in the other of one’s own fears or the introjection of characteristics of the other into the individual’s own self is analysed.

Other notable aspects are the high value given to the therapeutic relationship and the conscious and unconscious fantasies of each of the members of the couple, especially with regard to the relationship.

One of the best known types of couples therapy, which also leads to the application of family therapy, is that based on the systemic paradigm. In this case the couple’s relationship is seen as an open system in which an exchange of roles, norms and relationships takes place. Most of the problems are usually linked to communication problems, lack of understanding or expression of the needs of each member of the couple or of the appearance or maintenance of fixed roles that become dysfunctional and generators of suffering.

Cognitive behavioral therapy is the most prevalent and recognized today in most facets of psychology. This type of therapy is usually linked to the cognitions, beliefs, expectations and thoughts of each subject , as well as in the behaviours derived from them. Thus, it is usual that under this paradigm the divergences in terms of expectations in the relationship, the presence of behaviours that imply suffering for one of the parties, are worked on. Situations in which there is excessive control or low mutual reinforcement are worked on.

Another type of couple’s therapy, perhaps less known than the previous ones, is the one based on the humanist approach. From this approach, the aim is for the members of the couple to develop and optimize their potential, to break down masks and roles and to discover themselves. It is considered that it is the development of the individuality of each member of the couple that will lead to a more solid union between them.

5. Other types of couples therapy

So far we have talked about different types of couples’ therapy based on the paradigm that we are starting from, but these are not the only ones that exist. We can find within these same paradigms different ways of conceptualizing and conducting therapy.

For example, there is the therapy focused on emotions (in which the aim is to improve the bond through emotional expression and the overcoming of vicious circles of negative emotions) or the integral one based on the acceptance and commitment of the problematic situation (for example, the suffering of a chronic disorder). There are also therapies that are more focused on certain aspects of the relationship, such as sex therapy.