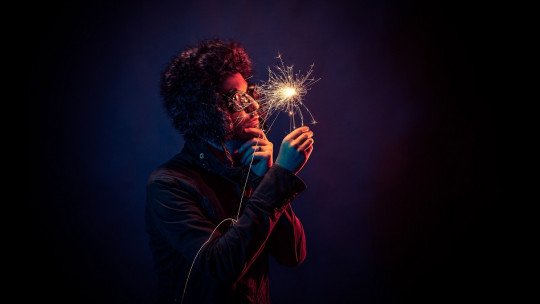 Epic victories are those achieved when we fight against adversity and the elements around us do not seem to favor us. Strength of mind and strength of heart guide us and keep us alive in spite of difficulties.

There are many epic phrases that different authors have said or written throughout history. In this article we have made a compilation that you can find below.

1. I believe that a hero is someone who understands the responsibility that comes with his freedom

A phrase about epics pronounced by Bob Dylan, one of the most influential singers of all times.

2. Epic or heroism consists of being there, of trying

Although sometimes you can’t win, the important thing is to fight for it.

3. Youth is not made for pleasure but for heroism

4. The word ‘heroism’ has lost its epic meaning

Today, people who are not heroes are considered heroes. For example, football players.

5. He was one of those beings born for the greatness of one love, for exaggerated hatred, for apocalyptic revenge and for the most sublime heroism

A description of how epic love can be.

6. A hero is anyone who does what he can

The important thing is to give the best of oneself. Sometimes you win and sometimes you don’t.

7. Heroes are stronger because they are willing to fight

One of the traits of people who manage to be epic is their ability to fight.

8. True heroism is in transforming desires into realities and ideas into deeds

A great quote from Alfonso Rodríguez Castelao, a Galician politician.

9. Show me a hero and I’ll write you a tragedy

Heroes are heroes because they appear in the most difficult moments.

10. In the epic we find the victorious deeds

Heroism and victory go hand in hand in epic moments.

11. Recklessness changes its name when it succeeds. It is then called heroism

The epic is associated with victory, otherwise the same act would have no reward.

The winning spirit is present during the epic events.

13. It turns out they’re more afraid than we are. So that’s all it is, and nothing more than that, that qualifies as heroism? Did I do it for the country? And what’s the fault of that man with his blue eyes and his dimple on his chin? What was he afraid of? He thought I was going to kill him! Why would I kill him? My hand trembled. And they gave me the cross of St. George! I don’t understand anything, nothing.

Heroism is not without its fear, but it fights it.

15. A happy life is impossible. The supreme end to which a man must aspire is a heroic career

One should not give up on his positive attitude no matter what.

16. The cult of heroism exists, has existed and will exist forever in the conscience of humanity

Heroes are always rewarded, but when victory is achieved.

17. As for its characteristics, it must be said that the epic has a relationship with the narrative genre, but there can be dialogues and descriptions. The epic can be written both in prose and in verse, usually long verses. Sometimes the epic is related to other genres, such as theater or romance

Epic is a narrative genre but is also used in the theatre.

18. Let’s go back to those happy days when there were heroes

A quote on heroism, which states that there are fewer and fewer heroes.

19. In the end, a hero is someone who would like to argue with the gods, and thus weaken the demons to fight their vision

A sentence that invites the reader to reflect on the role of heroes.

20. The epic cannot be understood without effort and victory

Epic moments occur when these two conditions are met.

The role of heroes is not always recognized.

22. A hero is a hero in every way and manner, and above all, in the heart and in the soul

Heroes are pure and kindhearted.

23. Heroism can save a people in difficult circumstances; but what makes it great is the daily accumulation of small virtues

The great epics of history mean the victory of a people.

24. The epic is related to heroic events and to an extraordinary dimension

To be considered epic, an event must be heroic and colossal.

25. When man does some heroic deed or some strange virtue and feat, then he is born again and takes on other better parents

When someone is a hero, they change other people’s lives for the better.

26. Heroism, in my case, consists exclusively in not having let myself die of hunger and thirst for ten days

A quote by Gabriel García Márquez that appears in the book “Relato de un Náufrago”.

27. Doing one’s duty is worth more than heroism

A quote that talks about heroism and people’s duty.

28. Patience is the most heroic of all appearances of heroism

Being patient is one of the great virtues of heroes.

29. In many cases we find noble and heroic motives for acts we have committed without knowing or wanting to

Sometimes, heroic acts appear without the intention of it, simply following the heart.

30. Suffering, love, sacrifice, heroism, generosity, cruelty, greed, are universal values, positive or negative, even if they are present in men and women

A list of positive values for people, in which, of course, heroism appears.

31. When fear is overcome and success is achieved, then one can speak of heroism

It’s the battles we’ve suffered that lead to epic victories.

32. History has taught me that only epic acts appear in defeats and disasters

It is in difficult situations that victories are valued.

33. Heroism was something invented for those without a future

A sentence of heroism and epic that invites the reader to reflect in depth.

34. Only in adverse fortune are the great lessons of heroism found

It is in difficult times that heroic acts are valued.

35. The epic only makes sense when the results are positive

The same situation can be considered epic only when victory is present.

36. The man who in one humble sphere does what he can, works more heroically than the one who, in another higher sphere, omits a noble action that was in his hand

Humility is an indispensable characteristic of heroes.

37. Let us learn to hope always without hope; it is the secret of heroism and epic

Those who achieve epic victories will be considered heroes.

He who gives his life as a hero is a winner.

True heroes have a noble heart.

41. There is no hero in solitude; sublime acts are always determined by the enthusiasm of many

When someone gets to be the hero for someone, they’ll never be forgotten.

42. Heroism feels and never reasons; that is why it is always right

Heroes are driven by heart more than by reason.

43. Unhappy the country that needs heroes

44. To think against the current of time is heroic; to say so is madness

A curious phrase that deals with heroism.

You can be your own hero if you take action.

47. It only takes a moment to make a hero and a whole life to make a man of good

Many times we don’t get to see the real heroes who fight every day.

48. We consider that the feeling of duty, deeply rooted in a man’s nature, is capable of containing for three hours the sea of dementia that is drowning him. But from such mental heroism, reason does not recover

These are words that deal with mental heroism, that which is in tune with the heart.

49. My friends, it is not yet too late to find a new world, I maintain the purpose of going beyond the sunset, it is true, we do not have the same strength as in the old days, it moved heaven and earth, we are what we are, men of equal temperament in heroic hearts

A reflection that appeared in the film “The Dead Poets’ Club”.

50. Heroism is a universal value that all human beings should possess

We should all be heroes and not stop fighting for our personal development.

51. Daring is only heroism

A phrase pronounced by the writer Felix Jose Reinoso.

52. Every Christian without heroism is a pig