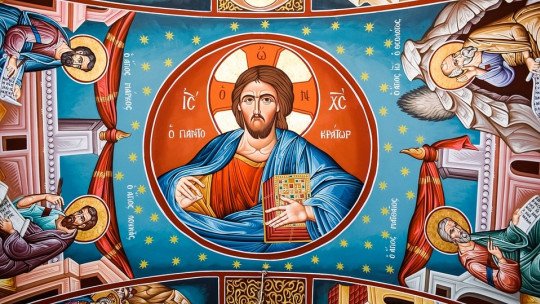 In everyday speech we usually use the words “ethics” and “morals” as synonyms; however, there are important differences between the two terms, or at least this has been the case throughout history.

Although they are closely related, there are at least 6 differences between ethics and morals , and it is important not to confuse these concepts. These refer to multiple characteristics, both conceptual and epistemological.

Ethics is a branch of philosophy that studies and systematizes the concepts of good and evil, as well as other related concepts. This discipline aims to rationally define what constitutes a good or virtuous act, regardless of the culture in which it is framed.

Ethical systems, consisting of prescriptions regarding the patterns of behavior that people should follow, have traditionally been proposed from philosophy and religion.

Ethics is considered to have originated in the time of Ancient Greece ; the philosophy of Plato and Aristotle, as well as Stoicism or Epicureanism, are some of the earliest manifestations of the use of this term.

During the Middle Ages, the Christian ethic predominated in the Western world, subsequently expanding to much of the world. Later on, philosophers such as Descartes, Hume or Kant would recover ideas from the Greek masters and would contribute in a key way to the conception of the ethics of the following centuries.

Morality is defined as the set of rules that govern the behaviour of people who are part of a given society, so that they can contribute to the maintenance of stability and social structure .

The concept of morality is usually related to the conformity with the implicit and explicit laws of a social group, which are transmitted to individuals within the process of socialization to which they are submitted throughout their development. In this sense, morality starts from the traditions and values of the context in which we were raised.

Morality most likely arose as a natural consequence of the organization of human beings into groups. As societies became more complex, the norms of interaction that structured them would have been progressively transformed into moral rules and explicit laws, especially with the emergence of writing.

Religions have had a great historical weight in the establishment of moral codes. While in the western world Judaism and Christianity have largely determined social norms, in Asia it has been mainly Buddhism and Confucianism that have done so.

Differences between ethics and morals

Many people think that today the concepts ‘morals’ and ‘ethics’ mean basically the same thing, at least from the point of view of colloquial language.

However, from a theoretical and historical point of view we can find several differences between these two terms.

Ethics is a normative discipline and morality is descriptive ; thus, ethics differs from morality in that it seeks to define correct behaviours, rather than those that are accepted by a society.

In other words, if ethics is a rather static element that serves as a reference for understanding the type of behaviour that regulates the functioning of society in a given context, morality is of an applied nature, taking into account everything that is involved in the decision to act in one way or another.

Ethics is situated at the level of theory, trying to find general principles that favour harmony between people. In contrast, morality tries to apply the rules determined by ethics to a large number of concrete situations, according to the description of what happens in each case.

Therefore, ethics has a theoretical, abstract and rational character, while morality refers to the practical, telling us how we should behave in our daily lives through more or less explicit rules and statements.

Ethical standards are developed by individual people through reflection and evaluation of what is understood by human nature. These individuals then apply the rules to their conduct.

In some cases, individual ethics can influence a large number of people, even becoming a tradition ; this has often happened in the case of religions, systematizing the ideas of their prophets. Once this point has been reached, we would go on to speak of morality to refer to the intergenerational transmission of such an ethical system.

In a synthetic way we can say that ethics has an individual origin , while morality is derived from the norms of our social group, determined in turn by a previous ethical system. Morality is the generalization of that kind of descriptions about what is good and what is bad, its way of conforming an abstraction about what must be done and what must be avoided.

As we have said, ethics starts from individual reflection, while morality has a more imposing and coercive nature : if a person does not comply with social norms, he is likely to be punished, either socially or legally, since morality cannot be created by a single person, but has to do with shared ideas of what is good to do and what is bad, or even what should be the reason for punishment.

Ethics is based on the intellectual and rational value that individuals attach to their attitudes and beliefs, as opposed to morality, which is determined by culture and is therefore rather irrational and intuitive. We cannot choose morality, only accept or reject it; therefore, it has to do with conformity to the norms of our social group.

Moral norms act in us from the outside or from the unconscious, in the sense that we internalize them in a non-voluntary way as we develop within a given social group. We cannot remain outside them; we always take them into account, either to defend them or to reject them.

Ethics depends on voluntary and conscious choices , since this concept defines the identification and monitoring of certain standards in order to act in the way that seems right to us from a personal point of view. Moreover, as it is rather individual, it gives a certain margin to reflect on whether something is right or not, depending on the circumstances.

Ethics has the claim of being universal, that is, of being able to be applied in any context, since ideally it starts from the guided use of thought, not from blind obedience to rigid rules. This discipline seeks, therefore, to establish absolute truths that remain as such regardless of the context in which they are applied, as long as the person has the capacity to act rationally. Kant, for example, attempted to set out objective ethical principles, above culture or religion.

In contrast, morality varies according to society; behaviours that may be accepted in some social groups, such as gender violence or child exploitation, would be considered immoral by people in other societies, as well as from an ethical point of view. In this sense, we can say that morality is largely influenced by cultural relativism.