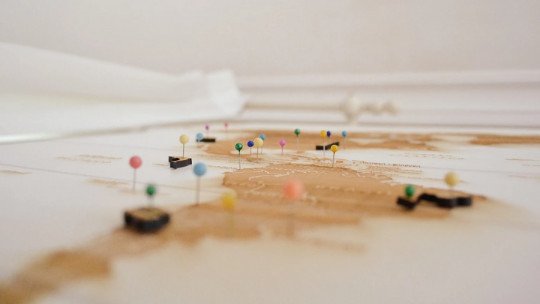 Since the dawn of humanity, human beings have often looked to the horizon and wondered what lies beyond their sight.

We have gone from being nomads and gatherers to gatherers and breeders and have gradually become sedentary, but at all times there has remained an interest on the part of humanity in knowing where it is or what is beyond the territory it occupies. And travel has been a constant for the whole of humanity, depending on it the obtaining of resources, the establishment of trade routes and the formation of civilizations.

In order to allow oneself or others to be able to follow our steps and know what there is or how to reach other territories, throughout history instruments such as maps have been developed, an indispensable element of great value for human beings. But although there is a great variety of types of maps, as a rule all of them require a series of basic components in order to be interpreted. That is why throughout this article we are going to talk about the different elements of a map , which allow us to understand them and be guided by them.

What is a map?

Before going into the different parts or main elements of a map and despite the fact that most people have used them on some occasion, it is useful to make a brief description of what a map is and what its function is.

A map is a graphic and scale representation of a territory or geographical environment , of which the form and particularities are detailed in a simplified way in order to serve as a navigation system and/or to know the basic characteristics and limits of the represented terrain. It is a fundamental instrument in the discipline known as cartography, and its invention dates back at least to the Ancient Age (although examples of similar instruments are known from the Iron Age).

The basic function of a map is to represent the territory in such a way that it can be used as a guide to move to specific geological points. However, it is necessary to take into account that there are many different types of maps , some of which have a more specific function.

For example, we can talk about weather maps, which are intended to represent the territory in order to analyze the climate that exists or will exist in a certain place (regardless of whether one wants to travel there or not), while others serve to locate specific points from which to obtain resources or even to represent where certain phenomena occurred. It should also be mentioned that maps represent not only natural geographical elements, but also political ones: they can mark the borders between countries, communities or regions that are differentiated from one another, regardless of whether there is a geological element that divides them or not.

Main elements of a map

Despite the fact that there are various types of maps, they all have a number of basic elements in common that allow for their interpretation. These elements are mainly the following.

One of the most basic and simple elements of a map, but nevertheless one of the ones that makes it easier to understand what is being seen. The title tells us in words the subject matter represented, the geographical area or the type of map we are looking at . For example “weather map of Spain” or “political map of Europe”.

A map can represent a territory, but the distances on it must be interpretable if they are to be effective. For it, another one of the elements of a map that are to us of more utility is the scale in which it is drawn. In this way, we can know if two centimetres on the map represent two kilometres or twenty-four in reality, to give an example.

Often in the maps we may want to represent concrete elements of reality that are not part of the orography itself but that are of interest to us or even the basis of what we want to show. In order to represent them we can use different types of symbols.

For example a cross can be a hospital or a pharmacy, or a church depending on the type of cross, or a stone can be indicating a quarry. Likewise, they do not have to be added pictorial elements, but can even be used as a specific colour (for example to symbolise that there is more or less temperature or the parts of a territory with more or less resources).

Another of the fundamental elements for the interpretation of a map is the legend, which allows us to specify the meaning of the different symbols that we have used to represent concrete elements .

Thanks to the legends the users of a map can know what the author wanted to represent in a simplified way. This is usually indicated in a square on the side, showing the symbol and then its meaning. They can also be in the form of a graph, depending on what you are trying to represent.

Another facilitator that is usually present in most maps is some kind of element that indicates the main cardinal points . This can be done in a corner (usually one of the top corners) with the compass rose. However, often only the cardinal points are used, or even only the north arrow.

This element of the map helps us to know in which direction the map is being looked at, facilitating the orientation of those who follow it. 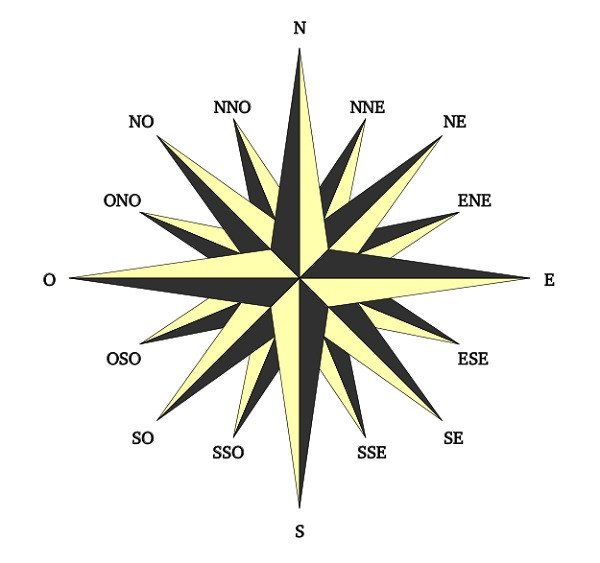 Although it does not appear in all maps, other elements that can be useful and that appear frequently are the cartographic projections, specifically the set of meridians and parallels into which the Earth is usually divided .

These projections allow us to establish coordinates, which is very useful in various navigation systems, both analog and digital. This allows anyone to know where an element or a specific person is with great accuracy, for example when there is an air or sea accident or a person gets lost in a natural park or a mountain range.