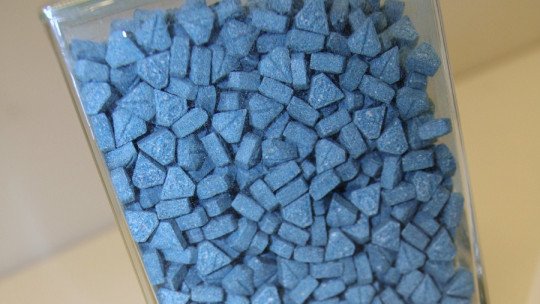 Hallucinogenic drugs are a variety of substances that cause hallucinatory perceptions, or cause the subject to become detached from reality due to the consumption of the substance.

Once these substances (drugs) enter the Central Nervous System (CNS) the person experiences altered states of consciousness, which can vary depending on the types of hallucinogenic drugs and the tolerance level that the subject who is using them has.

In the following lines we will see what the characteristics of the main types of hallucinogenic drugs are.

From here on we will see a list of the main types of hallucinogenic drugs that exist, and some of their most characteristic effects.

LSD is a compound derived from rye fungus . It is white and water-soluble and completely odourless. Originally this drug is produced in crystal form, then ground into a powder.

The effects of this drug are called “travel” by its users, who cannot be sure whether the drug’s effect will be pleasant or unpleasant. The main effect this drug has is to disrupt serotonin receptors (5-HT- receptors) , in addition to producing hallucinations.

This drug is an alkaloid with hallucinogenic properties. The most common way to consume mescaline is by chewing peyote (Mexican cactus), but an infusion similar to tea can also be prepared.

The effects are not too far removed from those we reviewed above for LSD. The most significant difference is in the duration of the effects; those of LSD last approximately 8 to 10 hours, while in this case the effects can last up to 3 days .

This drug is also known as MDMA , belongs to the family of amphetamines, and is a stimulant, so its consumption generally causes people to experience feelings of high pleasure and mental stimulation. Ecstasy is therefore a very popular recreational drug.

Although the effects may seem good, they are not naturally regulated by the body, so the negative effects end up being greater than the “positive” ones, which consist mainly of a feeling of temporary well-being.

This is a dissociative drug, which apart from having hallucinogenic effects like the rest, also has an important anesthetic effect . The most common name this drug receives on the streets is “angel dust”, and it is presented as a crystalline powder that is soluble in water, although it is also consumed in pills.

The effect of this drug lasts less than those previously presented, approximately 4 hours, and causes the subject to experience hallucinations, accompanied by intense states of euphoria and some distortions concerning the senses.

These drugs are not considered hallucinogenic as such, but they do have hallucinatory effects on many of those who take them, which is why they are in this ranking. The main components of this are THC and CBD .

These drugs cause significant alterations in perception and hallucinations. It is also common that when their effect is wearing off, the subject experiences an atypical increase in appetite.

Of the tryptamine family, dimethyltryptamine is a rare drug that is usually consumed in multiple forms, the most popular of which is in the form of a cigarette, although it can also be administered by injection or inhalation.

The effects are much shorter than those of the previous drugs, approximately 5 to 30 minutes maximum. Despite their short effect, the hallucinations that occur after consumption are usually quite intense.

The risks of consuming these substances

This variety of drugs has a series of varied risks for those who use them , including severe behavioural disorders, a possible withdrawal syndrome when they stop using (not in all cases), and even organic disorders related to neurotransmitters in the brain.

These risks depend largely on a number of factors, such as the amount of consumption and the length of time the subject has been ingesting the substance, as well as the person’s tolerance level for a particular substance. Those with low tolerance do not need to consume much to be affected by the hallucinogenic effects of these substances. With time and frequency of use, people develop greater tolerance.

Another of the risks of hallucinogenic drug use is that they play an important role as a prelude to the subject’s switching to other types of drugs that are more powerful and dangerous for their health.

For example, people who use cannabis are often highly likely to switch to other drugs such as LSD, ecstasy, or mescaline. When a person builds up tolerance, it becomes more difficult to achieve the same pleasurable sensations associated with use as at first, and experimentation with other psychoactive substances is resorted to.

Where do these drugs come from?

A large number of the hallucinogenic drug types are from Latin American and African countries. For example, peyote mushrooms are native to Mexico, from which Mescaline is extracted.

However, not all types of hallucinogenic drugs arise from substances in mushrooms.