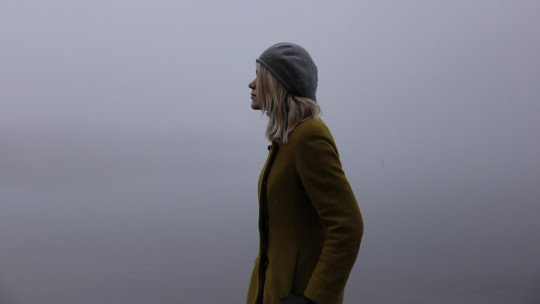 The term language refers to the selection and ordering of words according to the rules . When this language is produced orally or verbally, a series of acquired skills are needed, at the vocal, auditory, visual and motor levels, in order to achieve correct communication.

However, when a person suffers some kind of brain injury, aphasias, which are strictly speaking language disorders, can appear accompanied by a speech disorder.

However, there are different types of aphasias depending on the areas of the brain that are injured, as well as what symptoms the person has.

What is aphasia? Definition and causes

Aphasia is primarily the total or partial inability to use language . Deficits related to the different types of aphasia range from problems finding words to the complete inability to speak.

Also included in the different aphasias are problems in written language, oral comprehension, reading or having to operate with numbers. In other cases, people have deficits in oral expression but keep their understanding intact. It is therefore necessary to detect in each patient what specific speech and language disorders he or she is subject to in order to be able to devise an adapted treatment.

The causes of aphasia are varied, but all occur in circumstances of brain injury:

The symptomatology of aphasia depends on both the location of the brain lesions and the compensatory reactions of the brain tissue that remains intact.

However, there are a number of common brain injuries that seem to cluster certain dysfunctions.

In Broca’s Aphasia, deficits in the motor aspects of language and writing predominate, accompanied by agramaticism and in many cases by language comprehension disorders. Occasionally, sensory problems may appear on the right side and hemiparesis, which refers to a decrease in motor strength or partial paralysis affecting only one arm or leg on the same side of the body.

This aphasia is the consequence of a large lesion that includes the cortical and subcortical elements along the frontal and upper portion of Silvio’s cleft, including also the insula; but its name comes from the involvement that the lower frontal gyrus or Broca’s area has in this disorder.

The most common causes of Broca’s aphasia may be:

During the evolution of Broca’s aphasia the patient may be in an acute or subacute phase . During the acute phase the patient is practically mute, cannot understand and is not able to communicate; he also suffers a strong emotional impact. As the patient progresses, comprehension begins to improve, while deficits in language and writing persist. As he improves, he is able to speak aloud, not without much slowness and effort.

Articulation and intonation are also affected, so language becomes mainly a discourse of nouns and adjectives in which functional words such as articles, prepositions or conjunctions are omitted; becoming an agrammatical and telegraphic language.

After the acute and sub-acute phases, speech difficulties may persist. However, a therapy in which language is worked on can significantly improve the patient’s condition .

Finally, due to the paralysis of the right hand, many patients cannot continue to write with it; therefore, it requires a re-education of writing with the left hand or to take advantage of new technologies to make communication possible.

This aphasia manifests problems similar to those of Broca’s aphasia. The main difference is that in transcortical motor aphasia there is a deficit in the production of speech, especially at the beginning of a speech , in the spontaneity or organization of the speech.

The articulatory aspect of speech is usually not difficult and language comprehension remains intact, as does the production of names of places and people.

The cause of Broca’s aphasia-like problems may be that the genesis of the disorder is from a small subcortical lesion above the Broca’s area. At present, it is suspected that a circuit from the supplementary motor area, through the subcallus fascicle to the basal ganglia and Broca’s area, is involved.

Wernicke’s aphasia is characterized by a fluid speech but with a large number of substitutions and paraphrases , along with difficulties in understanding.

During the sub-acute phase, language comprehension is often very poor in severe cases, leading to absolute incomprehension. However, the speech is easy, clear and correctly articulated, and the contour of the rhythm is similar to that of normal speech. After these phases, listening comprehension usually improves and paraphasia is reduced.

Compared to Broca’s aphasia, functional words are present in Wernicke’s aphasia, but there are semantic and grammatical confusion. In addition, in this type of aphasia the motor area is intact so there is no paralysis on the right side, so patients can write, even though the content is disorganized and confusing, as is the speech.

In this syndrome what is seriously impaired is repetition . Conductive aphasia is a fluid aphasia with almost normal comprehension; but in severe cases, fluency is severely compromised due to problems in the production of isolated words; thus becoming sequential and short-sentence speech.

Traditionally, this aphasia has been thought to result from injury to the fibers connecting the Broca and Wernike areas. But it has been found that there is also a relationship with lesions in the upper temporal gyrus and on the insula.

In addition to difficulties in repetition, these patients have problems with word selection and phonemic sequencing within individual words.

The most common cases are those in which patients can only say a few words and their understanding of language is also very limited, since they cannot read or write either.

The most common cause of global aphasia is a lesion that destroys much of the speech-related areas of the dominant hemisphere and is caused by blockage of the left internal carotid artery or the middle cerebral artery.

Since anomie is a common feature of fluid, Wernicke’s and conduction aphasia, we will only talk about anomic aphasia when the difficulty of finding commonly used words appears in a relatively isolated way .