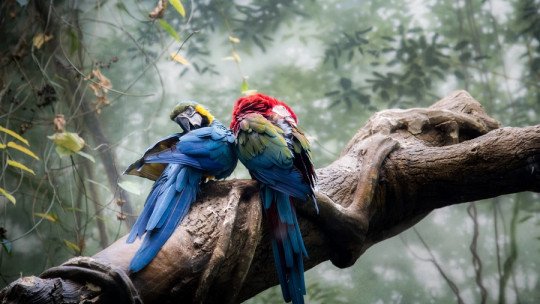 The types of climate can vary depending on a number of factors relating to the place where we are, the characteristic of the seasons of the place, and the effects of any natural phenomena that may occur.

In this article we will review the types of climate that exist under normal conditions, according to the season and the geographical location, as well as the different classifications that exist.

What are the types of weather?

As we have already seen, the study of climate is not an exact science, there are circumstances that directly influence what the state of the climate will be in a region, in general terms there are three types of climate, let’s see what they are

This type of climate, as its name indicates, is characterized by high temperatures, and is located in areas with low latitudes .

In this case, the sun’s rays have a greater impact on these areas due to their minimal inclination.

In this type of climate the temperatures are generally moderate , leaning more towards cold temperatures at certain times of the year. These climates are located in the mid-latitudes.

These are the climates where the predominance of cold is complete. They are found in the highest latitudes and temperatures during the coldest months of the year can be found between -10 degrees Celsius.

This type of climate normally is the hegemonic one in polar circles .

Taking into account which are the predominant types of climate, it is important to know that within these, in turn, are a variety of subclimates, which are classified as follows according to the scale of Wladimir Köppen (German climatologist).

These climates are very little variable during the course of the year. Temperatures are high, with intense heat focuses in certain regions, but with a regular presence of rain throughout the territory covered by these climates.

These climatic regions are home to savannahs and arid territories .

These regions are sandwiched between arid and tropical climates. Winters are usually cool, but not cold , and when it is summer time the heat tends to be quite strong.

These are climates where the seasons of the year have a great influence on their temperatures . For example, winters are usually mild and with a lot of rain, while the summer season is characterized by a lot of heat, with high temperatures.

Some cities where you can experience this classification are; Seattle, USA and Wellington, New Zealand.

This is the type of climate par excellence in many areas of Eastern Europe. It is characterized by moderately hot summers and winters with significantly low temperatures.

In the natural course of the year the temperatures of this type of climate can oscillate below -3 to 22 degrees centigrade , which supposes a good range of minimum and maximum temperatures so that the human being can live and settle down throughout these territories.

The region of Siberia and Northern Scandinavia present are within the climates covered by this classification.

In these regions, summers are cooler and winters even colder. The rainfall that usually occurs occurs only during the summer season.

In this climate category the general rule is cold. During all the days of the year the climate predominates with very low temperatures, although there are certain regions particularities that can result as an exception to this rule.

In this type of climate, the regions where the ecosystem is tundra are mainly characterized by arid climates where the soil surface is covered by a layer of ice, which is known as permafrost. This phenomenon can be seen in the northernmost parts of North America, in certain regions of Russia and in the Antarctic.

Within this same classification we find the areas called Ice Layer. In these are the coldest climates on the planet, are located in Greenland and in various regions of the Arctic continent.

Group H climates are characterized by highly changeable short time periods . They are found in terrains with a significant height and that are of mountainous properties.

It may happen that in certain occasions there are areas that share group E climates with group H climates; taking into account the speed with which these change it is difficult to establish a constant in relation to their own climatic nature .

In addition, the rapid passage from one climate to another causes strong demographic crises among the lifestyles that inhabit these regions, with rapid population increases and rapid rises in mortality. In addition, in treeless areas, heavy rains after many weeks of drought can cause flooding.