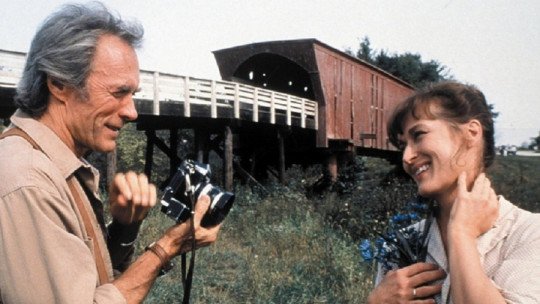 Lack of love is one of those feelings that we have all experienced and in general we have not liked to feel. It is a type of experience that is stirred up inside us, but we know that we are not the only ones who have lived through the end of a real or imagined love story.

In these experiences there is pain but also beauty, and that is why sometimes we are interested and like to know other stories similar to ours. In some cases it is even comforting to see that we are not the only ones who live it. Perhaps that’s why love affairs films are so interesting , as well as serving to lead us to reflect.

The top of love movies

Certainly not all romantic films have to end well, because the truth is that in real life not all love is reciprocated or ends up in a happy ending. In fact, the fact that all films respond to the prototype of a romantic story of “and they got married and were happy and ate partridges” is something that can be tiring because it is predictable.

But real life is very complex and there are films that know how to capture those many other not-so-ideal stories. Very real stories of love and disaffection, which sometimes seem to suffer from a certain veto on the big screen. The following films about falling in love have been able to present this tragic side of the most intense emotional relationships with great skill .

Ryan Gosling and Michelle Williams star in this love story of a young couple. They have been together for 7 years and have a daughter, but as time goes by she loses interest in her husband. Different work issues have also affected the relationship and family life.

He sees that the relationship is dying, and desperately tries to save it . Their love shows signs of coming alive in a romantic getaway in which they remember their best moments, although saving their marriage is a challenge that does not seem easy to achieve.

This romantic comedy stars Julia Roberts, Cameron Diaz, Dermot Mulroney, Rupert Everett, and f which was a resounding success both commercially and critically . The soundtrack was also very award-winning, and if you’re looking for a good heartbreak movie and haven’t seen it this will be an excellent choice.

The story is based on the relationship of two lifelong friends. They don’t see each other very often, and at the beginning of the film it is known that one of them is going to get married. What happens next is a revelation about falling in love that will mark the development of the film.

3. The Bridges of Madison

Madison’s Bridges is a film based on Robert James Waller’s book and is already a classic of the genre. Directed by Clint Eastwood and starring Clint Eastwood and Meryl Streep , tells an unusual story with a strong romantic component.

A farmer and self-sacrificing mother and a free-spirited National Geographic photographer see an impossible love born between them and lived by people of mature age.

The script is well thought out, because this tragicomedy acquires a very intense story but at the same time realistic of what happens between some couples.

Closer has the virtue of not being a predictable film, with parts that surprise the viewer by the great verisimilitude of the feelings expressed in it.

This film is already another classic of the cinema . A father played by Kevin Spacey is going through a midlife crisis, can’t stand his job and is experiencing a kind of sexual frustration.

His apathetic and lethargic attitude and all the laziness he feels for his wife contrasts with what happens when he meets an attractive friend of his daughter. He feels alive and young again and tries desperately to impress her.

6. My life without you

This film tells the story of a 23-year-old girl with two daughters, a husband who barely works, a father in prison and a mother who hates the world.

Her job doesn’t help her feel any better either, as she is a cleaner at a university that she cannot afford to enroll in, and she lives in a caravan in her mother’s garden. All this grey life experience takes a monumental turn after a medical examination.

In a new life situation where time is running out , he decides to draw up a list of vital objectives . And he is going to feel the pleasure of living like never before, feeling better than he could have ever thought.

This Irish film tells the story of a singer and songwriter who, when not working with his father, sings and plays his songs in Dublin. During the day he plays a song that everyone knows, but at night he takes the opportunity to express his feelings through his songs .

A Czech immigrant selling flowers on the street is impressed by her talent and sharing stories of past heartbreak. In fact, she writes these stories too, but she never plays them in front of anyone. They cross paths one day when they have the chance to do a duet, and from then on they discover that there is something that unites them.