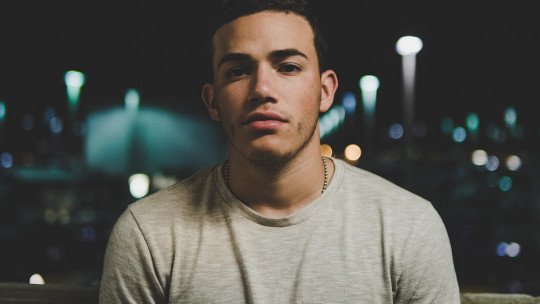 The emotional element is one of the most important for the human being, since it allows us to value the implication for us of what happens around us and motivates diverse types of behavior.

Joy moves us to action and to the repetition of behaviours that have generated it, just like pleasure. Sadness leads us to avoid repeating situations. Fear generates us to avoid stimuli. Love and hate lead us to get closer or further away from beings, stimuli or situations. Emotions are not immutable and they change according to events. However, there are different disorders in which those who suffer from them undergo rapid changes in their emotions that they cannot control and that sooner or later make them suffer.

Perhaps the first one that comes to mind is Bipolar Disorder, but there are also others as well known as Borderline Personality Disorder. These disorders have symptoms that in some aspects make them very similar and sometimes even confusing. That is why in this article we will analyze the differences between Bipolar Disorder and Borderline Personality Disorder .

Bipolar disorder is, together with depression, one of the mood disorders, characterized by the presence of one or more manic or hypomanic episodes, which may be preceded or followed by a depressive episode.

In manic episodes, an expansive and euphoric state of mind appears , and it is frequent that inflated self-esteem and feelings of grandeur appear. Other symptoms that may and/or should be present are an increase in the energy level, a decrease in sleep, distractibility, non-evaluation of risks and the emission of high-risk behaviour and the flight of ideas.

In certain severe cases, hallucinations and delusions, verbiage and irritability/hostility may also occur. Symptoms usually last at least a week. The hypomanic episodes are similar but with a much lower intensity and duration (at least four days), and there are no alterations like the delusions.

With regard to depressive episodes , a sad mood is experienced for at least two weeks along with anhedonia and abulia, and motivation or the ability to feel pleasure is often lost. Hopelessness and passivity, thoughts of suicide, and sleeping and eating problems are also common.

There are two types of Bipolar Disorder, type 1 and type 2. In the first one, it is essential that at least one manic or mixed type of episode has appeared, which may or may not be followed by a depressive episode. The second refers to people who experience one or more depressive episodes together with at least one hypomanic one.

Borderline Personality Disorder is a personality disorder characterized by a pattern of behavior in which affective, emotional and relational instability prevails, together with a high level of impulsivity , which begins in the period of adolescence as a result of the interaction between biological aspects and the experiences and learning made by the subject.

Among the most characteristic symptoms we find a low self-esteem, permanent feelings of emptiness and of having little value , high reactivity to events and interactions, extreme experience of emotions and idealization or devaluation of others in very categorical terms.

There is also an atrocious panic about being abandoned, and frequent efforts are made to avoid it (even if it is not real). Suicidal thoughts (and in many cases attempts to carry them out) or self-injurious acts are also frequent. Alterations linked to dissociation may appear, such as depersonalisation or de-realisation. In certain contexts they may be criticized for being irritable, it is speculated that due to a relative difficulty in recognizing and expressing their emotions, although little is known about this.

Characteristics in which they resemble

From the above descriptions and diagnostic criteria, we can find that Bipolar Disorder and borderline have some obvious similarities . People suffering from both disorders manifest symptoms such as high impulsivity, irritability and a pattern of superficial relationships (at least at times). The most important coincidence is the high emotional lability, changing rapidly from one emotional state to another.

In addition to the above, we are dealing with two of the disorders that have been most linked to the making and/or consummation of suicide attempts, Bipolar Disorder being one of the most frequently linked (together with depression and addictions) and Borderline Personality Disorder being the personality disorder that has been most linked to suicide .

Finally, we can find subjects who present both diagnoses, Borderline Personality Disorder and Bipolar Disorder. Although this is clearly indicating that they are not considered the same, the truth is that many of the symptoms are very similar.

The above points in common may lead one to believe that the two disorders are very similar and may even be confused in some cases. But despite the fact that Bipolar Disorder and borderline have points in common and part of their symptoms coincide, we are still faced with diagnostic entities with various differences between them. Among the most significant differences we find the following.

1. Presence or absence of euphoria

In both Bipolar Disorder and Borderline Disorder we encounter very rapid changes in emotions . However, while in Bipolar Disorder there are one or more manic or hypomanic episodes that are linked to an expansive and euphoric mood, in borderline disorder an affective tone of depressive type persists, not appearing euphoria.

However, it should be noted that those people with Bipolar Disorder called fast cyclers (with at least four changes in emotional polarity in one year) may have a higher than average lability, although it will generally not be as marked as in the case of borderline disorder.

On the other hand, the level of impulsivity is stable and constant in patients with borderline disorder, while in Bipolar Disorder it appears only in the manic phase.

3. Reason for change of mood

Another of the differences can be found in what exactly triggers the change, while in Bipolar Disorder we find that these changes are considered to be due to alterations and dysregulations of the neurotransmitters in the brain, those typical of borderline disorder are often located outside, in psychosocial stress, interpersonal relationships and the experiences that those who suffer from it have. In other words, someone with Bipolar Disorder may not be aware of exactly what has caused his or her changes, while the borderline may associate it with a much more concrete discussion or discomfort.

Borderline personality disorder, as an alteration of the personality that it is (its characteristics thus being integrated into the subject’s mode of being), remains consistent over time. That is, there are no asymptomatic periods per se. In contrast, in Bipolar Disorder we find that between episodes there can be more or less prolonged symptom-free periods , although it is not uncommon for subclinical symptoms to persist. And although it is not the most common, the episodes may not even be repeated.

Although the experience of both disorders in the long run usually leads to a decrease in self-esteem and self-concept, in Bipolar Disorder this will vary greatly depending on the type of episode the subject is having.

In the manic phase, an expansive state of mind tends to appear in which sensations of grandiosity stand out , with self-esteem being very high. In depressive phases the mood and self-esteem is usually very low. In asymptomatic periods this part of the self-concept may be at normative levels, although it may also be altered.

As far as Borderline Personality Disorder is concerned, as a general rule those who suffer from it have a very low opinion of themselves, often feeling powerless and worthless. In a great majority of patients the prevailing feeling is one of emptiness and panic about being abandoned.

We have seen before that in both disorders there can be the presence of superficial, shallow or unstable relationships. However, we can also observe differences.

The subject with Borderline Personality Disorder usually has feelings of emptiness, of having little value and an extreme panic to be abandoned . They often establish relationships of dependence, needing to be understood, loved and valued. They also constantly fight, idealise others or devalue them.

However, the subject with bipolar disorder binds to others in a normative way when he is in an asymptomatic phase, appearing superficial especially in the manic phases, but there is usually no emotional dependence on others (although it can occur in depressive phases).

Despite being a severe personality disorder, those with borderline personality disorder often benefit greatly from psychotherapy and various psychological techniques (many specifically geared to this disorder). The treatment of Bipolar Disorder, on the contrary, tends to be more complicated and much more focused on pharmacology, although different therapies have been generated such as interpersonal and social rhythm therapy or different applications of cognitive behavioural therapy.