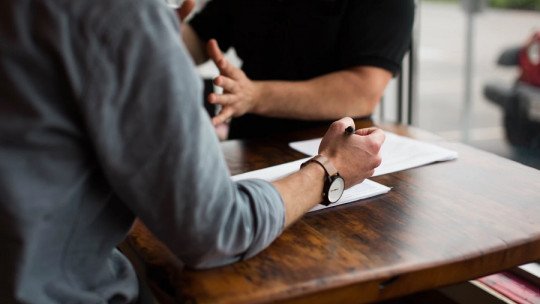 In recent times, the practice of coaching has started and has been propagated each time as an accompaniment to the achievement of one’s own optimization and the search for techniques that help to improve some capacity, skill or specific domain .

In this sense, it is possible to find coaches focused on very different sectors: there are sports, food, personal or organizational coaches, among others. All of them share the fact that they focus on helping the client to seek the maximization of his or her potential and that he or she can manage to improve his or her decision making capacity on various aspects.

It is not uncommon to relate this type of practice to another apparently similar one in which another person guides us with their experience in order to help us learn and integrate knowledge and skills: mentoring. However, despite the fact that they have a certain similarity, both terms refer to different types of mentoring. What are the differences between coaching and mentoring? Throughout this article we will try to answer this question.

What is each of them?

In order to understand the differences between coaching and mentoring, it is advisable to first reflect on what each of these terms means and implies.

We can understand coaching as a type of accompaniment process in which the aim is to increase or help the subject himself to be able to develop his potential or his latent capacities , generally oriented towards improving in some area or specific task. The aim is to help establish and direct the achievement of specific goals. This process is usually oriented to achieve a determined result in a relatively short period of time and with the resources that the subject already has as a base.

The role of the coach is that of an accompanist in the process, who can provide or suggest tools or methods through which the client can develop on his own.

It is important to bear in mind that a coach does not have to be a psychologist , and that in fact coaching should not be oriented in any way to trying to solve a problem or a mental disorder: the aim of coaching is to promote personal and/or professional development.

With regard to mentoring, this is also a process of accompaniment and also aims at the personal and/or professional improvement of the client or subject. For this purpose, the figure of the mentor is used, an expert in the sector to be worked on who guides the client through his experience in order to provide him with knowledge and increase his skills, through the learning that the mentored subject can acquire from the mentor.

The mentor acts as a guide and advisor , providing a more experienced perspective and helping the mentee to build new knowledge and skills through it. A relationship similar to that of master and disciple is given in order to increase and empower the mentee’s capacities through the knowledge that is transmitted to him/her.

Main differences between Coaching and Mentoring

Although there are obvious similarities between the two concepts, it is already possible to see some of the differences between coaching and mentoring through their own definitions. Among the different divergences that can be found, some of the most relevant are the following

While both coaching and mentoring are intended to increase the subject’s possibilities and enable him or her to develop, each does so in a different way.

Coaching aims to emphasise the abilities and knowledge already present in the subject himself , so that the origin of what is learned is within him and the results obtained are derived from the client’s thought processes.

In mentoring, the empowerment of the client’s capabilities requires that knowledge be transmitted from the outside , specifically by the mentor.

2. Level of specificity in objectives

Mentoring and coaching also differ in the level of specificity they have with regard to the element being addressed.

A mentor is a guide who usually has a general approach and who contributes to both professional and personal development within the area in which he or she moves. His/her objective is usually the development of the mentor as a person and not only in a task.

On the other hand, the coach tends to focus on a specific aspect on which the accompaniment is carried out, being generally more specific and focused on concrete tasks.

For example, the coach may try to favour making a decision regarding how to act to achieve a goal or solve a certain problem , while the mentor gives an example of how to behave or face different situations and besides helping to solve concrete problems, he usually provides values, references and generates diverse learning beyond that.

3. Role of the professional

Another divergence between the two methodologies can be seen in the role of the professional.

The coach is a companion who can help the subject to find his answers, while keeping his own opinions, beliefs and experiences hidden and not being relevant .

The role of the mentor is in this sense the opposite: it is their experience, perspective and opinions regarding what they are dealing with the mentee that are being sought in order to generate learning. The mentor gives answers, the coach tries to help you find them for yourself .

In addition to the role of the professional, we can also highlight as a difference the fact that the relationship between professional and client is different between coaching and mentoring. In the first one, we start from a professional relationship in which, in addition , there is no relational asymmetry between both people beyond focusing on the client’s needs and the fact that the coach is an expert in the subject matter.

In the case of mentoring, it is usual that a certain emotional link ends up existing (let’s remember that a mentor-mentored relationship exists), in which a clear asymmetry is also observed in terms of experience with respect to the topics dealt with: one is the expert and generally has more weight and power within the field in which he moves , while the other is the apprentice and usually has a lesser position. However, on the other hand, there is more symmetry with regard to the flow of information, as it is both subjects who communicate and express their opinions and assessments and not just one of them.

5. Who runs the relationship?

Although we can already see from the previous points, another difference between coaching and mentoring is that while in the case of coaching it is always the client who will direct the session towards the aspects that need to be worked on, and the relationship is oriented towards achieving the proposed goals or objectives. In mentoring, it is the professional or mentor who directs how the session is going to be carried out or what it should focus on, although it is something more agreed and informal.

Although this is not something that always has to happen, as a rule mentoring requires a prolonged contact in time , while in the case of coaching the professional relationship is usually shorter.

Likewise, coaching sessions are usually highly structured and limited in time until an objective is achieved, while in the case of mentoring, the temporality is not necessarily linked to sessions but involves a more continuous relationship and can be less rigid and vary greatly depending on needs, with objectives that can vary over time.

This is mainly due to the fact that the coach focuses on a specific task or skill while the mentor usually acts as a general role model in a field. In addition, the type of professional relationship you have with your mentor requires a much closer bond, which takes time to maintain.

As a general rule, the objective of coaching is to confront a situation or to train in some type of skill that we need at present. However, in mentoring the objective is usually more focused on improvement , not only in the present but also in the long term, so that the mentee develops positively along his or her path.