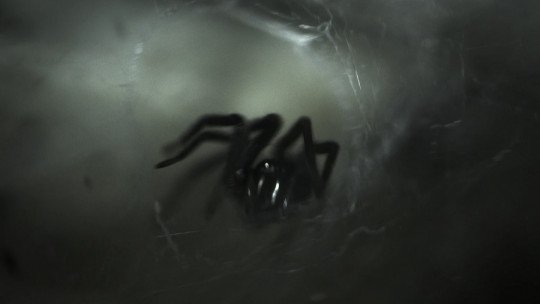 Everyone has felt fear more than once, and it’s normal. It’s an emotion that has guaranteed the survival not only of the human species, but of all animals with brains.

Knowing how to identify a situation that may involve danger for the individual is something necessary in order to get away from it and thus avoid its harmful consequences. However, sometimes it can be the case that the response given to a stimulus seen as threatening is exaggerated, and this is when we talk about phobia.

What is the difference between phobia and normal fear? Let’s find out a few lines below.

Phobia and fear: aren’t they the same thing?

Before going into more detail about the main differences between the concepts of fear and phobia, it is necessary to briefly describe both terms.

Firstly, is understood as fear of the emotion that is manifested in front of a situation that may be threatening for the individual . Normally, in most cases in which it appears, it does so almost innate, without the need for prior learning of the threatening situation. Others, on the other hand, learn through experience what situations should be feared, given that they may put the integrity of the person at risk.

Fear, like all the emotions that make up the broad human emotional spectrum, has a very important adaptive function, its purpose being to guarantee the survival of the individual .

Phobias, on the other hand, are considered unadjusted patterns of behavior. They involve a very high degree of fear, too much in relation to the stimulus being feared. Anything can cause this phobia, and it is usually acquired, either through trauma or through vicarious learning.

Many psychologists consider, from the perspective of psychoanalysis, that the origin of phobias occurs during childhood, especially during the phallic stage (from 2 to 5 years). In this stage, the child develops a strong anguish in front of the experience of an unpleasant event , making him/her apply a very strong mechanism of self-defence that, eventually, will be the phobic disorder.

Differences between phobia and normal fear

Below we will look at the fundamental differences between phobia and fear, as well as the factors that may be behind them, their importance on a psychopathological level and the associated responses.

Fear is not an emotion that facilitates rational thinking, however, it is still a survival mechanism, which allows you to act quickly and decide what to do to ensure that you avoid the harmful stimulus.

Within the cases in which there is no psychopathology, the emotions are our responsibility, that is to say, they can be learned to control . Fear is not an exception.

It is possible to have a certain degree of control over this emotion, while being aware that you are dealing with something that can be harmful, but bearing in mind that the more clearly you think about it, the more efficient you will be in dealing with it.

On the other hand, phobias, as psychopathological as they are, imply an enormous difficulty in controlling both their emotional intensity and the person’s capacity to think coldly .

Whether one is in front of the feared stimulus or was just thinking about it, the person completely loses control over his thinking, seeing how truly terrifying ideas invade his mind.

It is normal for some physiological signs to appear in the face of a fright, such as tachycardia, sweating or even trembling. However, the signs that people with phobia of a particular stimulus show are very intense .

The physiological reaction in these cases can be overwhelming, and gastrointestinal problems such as nausea and dry mouth are very common, along with excessive sweating, chest pain, dizziness and even headache.

It should be noted that the signs caused by fear occur in the face of the feared situation, while in the case of phobia, just thinking about the phobic stimulus or talking about it favours the full symptomatology described here.

When you are facing a real threat, the normal thing to do is to prepare for the escape or prevent the factor that can be harmful from going further.

For example, if we are being chased by a dog in the street, which is clearly feared, the most logical and proportional option to the threat is either to escape or to attack the animal before it does so to us.

On the other hand, in the case of phobia, the response to the stimulus is totally disproportionate , regardless of whether it is really something that can damage the physical and psychological integrity of the person or, on the contrary, something that is harmless.

The person may scream, cry, lose his or her rationality completely, attack the people around him or her… the behaviors that the person with a phobia carries out can be of all types and almost none of them can be considered adaptive.

Everyone is afraid of something, but usually this emotion does not imply a degree of serious impairment in the routine , since in most cases the feared situations are not common.

For example, everyone is afraid of being eaten by a shark, but really, what are the chances that we will come across a shark swimming on the beach?

If there is a possibility of finding oneself in a dangerous situation, most human beings take the necessary precautions to avoid such a situation, and life takes its normal course.

For example, a person with arachnophobia can avoid passing through a park on the way to work, even though it is the shortest route, or enjoy excursions with his friends simply because he is afraid of meeting a single spider.

Thus, the person develops a wide repertoire of strategies that give him/her a certain sense of security, but at the cost of his/her standard of living and development as a person.

There are many situations in which the vast majority of the human population would not like to find themselves. In contrast, in the case of specific phobias there is a greater degree of individual difference . There are phobias for everything: cockroaches, snakes, sex, glass…

It is in these types of anxiety disorders that one can see most clearly how there are stimuli that are practically harmless to most people but a small group of the population has a fear of them that is neither adaptive nor proportionate.

6. Remembrance of the Feared Situation

Normally, when remembering a situation or stimulus that generates adaptive fear, the person is able to recall the memory intact, without distortion or exaggeration, even if it involves a certain degree of emotionality, such as anxiety.

In the case of phobia, however, since the person feels a high physiological and psychological activation, he prefers to avoid evoking the memory . It blocks the part of the memory where the feared situation is located.

Last but not least, the fundamental difference between normal fear and phobias must be clarified.

Fear, as we have indicated throughout this article, implies a response pattern that would be within the norm, and has an adaptive function: to ensure the survival of the person in the face of a threat.

In contrast, phobias are considered disorders within the group of anxiety disorders . Phobias often occur in situations that are unreal or actually involve a negligible degree of threat and are therefore not adaptive.

As disorders that are involve a series of symptoms at a psychological level that normal fear does not manifest, the main one being distorted thinking with respect to the phobic stimulus, in addition to not facing it or thinking rationally about its degree of real danger.