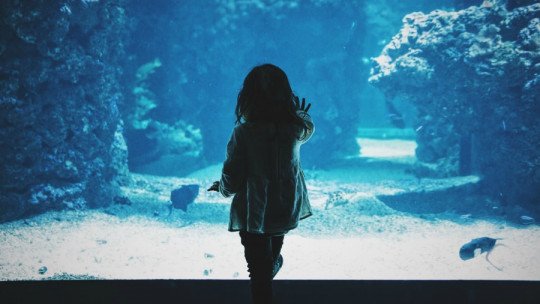 Specific phobias are a fairly frequent clinical picture in psychology consultations. We all know someone who feels horror at the sight of a spider in the distance, even if it is less than two centimetres tall.

Who panics as he climbs the steps of a spiral staircase. That he turns pale when he sees a plane take off, even if it’s in a movie, or that he climbs seven floors on foot just to avoid taking an elevator, when we are not the ones affected.

Below we will see what are the most common specific phobias and what their characteristics are.

What are specific phobias?

Specific phobias are those in which the element that produces a strong fear or dread can be located and isolated from the rest relatively easily.

Within anxiety disorders, specific phobias are the most common in the general population, with an estimated prevalence of 10%. This is, in part, because the experiences and situations that can lead to the appearance of this type of disorder are very varied.

In phobias there is an intense and persistent, excessive or irrational fear of specific objects or situations (animals, heights, closed spaces, etc). The physical proximity or anticipation of the feared object or situation provokes an immediate anxiety response (sweating, tachycardia, palpitations, tremors, dizziness, etc ) that can lead to a panic attack, so the person will try to avoid these objects or situations in the future . To be able to diagnose a phobia, it must produce a great interference or high degree of discomfort in the subject’s life.

Below you can see a compilation of the most common specific phobias, with a basic description of each one. Keep in mind that there are many more, although most are rare.

Acrophobia is an intense and irrational fear of heights, even when there is no risk. People who are afraid of heights have great anxiety when approaching a viewpoint, or cliff, climbing to a high floor, crossing bridges, or even staying in elevated locations in cinemas, theaters, or stadiums.

Many patients with a phobia of heights fear the sensations they experience at heights , such as unstable balance, sweating or dizziness. The sensation of panic can be exaggerated even at low altitude. It is estimated that between 3 and 5% of the population suffers from fear of heights, being one of the most common phobias.

2. Fear of flying or aerophobia

Aerophobia is the irrational and excessive fear of air travel. The fear of flying is related to having an accident, perceiving instability in the plane , thinking of not being able to escape in mid-flight, feeling that you are not in control of the situation or suffering from feelings of panic during the flight.

Although it seems that more than 90% of passengers travel with fears of some kind, people with this phobia, approximately 3% , not only experience a slight uneasiness at the time of landing and take-off, but an intense and excessive anxiety that prevents them from planning, or imagining a future airplane trip, even months before it takes place.

This disorder involves the excessive fear of being in small spaces . It is estimated that between 2 and 4% of the population suffers from this phobia. Breathing difficulties and the fear of suffocation, together with the fear of not being able to move or escape, are typical phenomena in claustrophobia. These people usually avoid lifts, tunnels, the underground, small or windowless rooms, telephone booths, closing the door or the lock in a bathroom, etc.

People with this phobia often fear the physical appearance and movements of the feared animals. In the case of small animals, (insects, spiders, rats) there is both a reaction of fear and a feeling of disgust or repugnance. Interestingly, many affected people do not believe that the animal will harm them, but think that they will experience unpleasant sensations, lose control, or hurt themselves when trying to escape.

Unlike other phobias, the pattern of anxiety response is very different. There is a two-phase response, in which at first, in the presence of needles, blood or injury, there is a rapid increase in anxiety (palpitations, increased frequency and intensity of breathing, muscle tension, sweating) and then, in a second phase, a rapid drop in blood pressure and heart rate, which produces dizziness and can lead to fainting.

brontophobia is the fear of atmospheric phenomena such as thunder, lightning and storms . Approximately 2% have this phobia. It usually starts in childhood and can last until adulthood. When lightning strikes or the sound of thunder is perceived, anxiety begins to increase in the affected person.

The main fear is being hurt or hit by lightning, but other fears may also arise, such as losing control of the situation, becoming unconscious, or having a heart attack from the anxiety experienced.

Dental phobia consists of an extreme, unjustified and persistent fear of the dentist . Between 2 and 3% of the population suffers from this phobia, where it is very common that just the simple fact of thinking about going to the dentist causes high anxiety, even weeks before the appointment.

Are you looking for professional support?

If you are interested in attending psychotherapy sessions to treat a phobia, one of the best options you can find in Madrid is the psychology centre Psicomaster, located in the El Retiro district.

This entity has a multidisciplinary team of professionals who are experts in mental health and wellbeing, highly trained in dealing with anxiety disorders.

The type of interventions they work with allow them to effectively overcome any form of phobia in a matter of weeks, overcoming anxiety and fear gradually and in an open environment controlled by specialists in this type of problem. Click here to see their contact details.