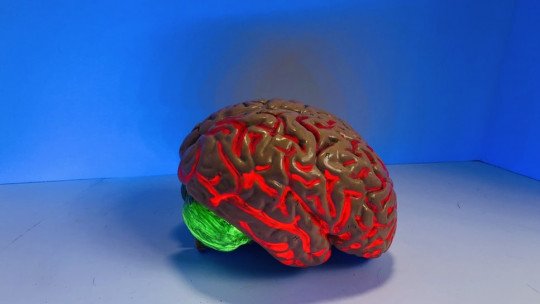 Schizophrenia is one of the most disabling mental health problems of all currently recognized. Its chronic course is marked by a marked decline in the quality of life of both the sufferer and his or her environment.

As a disorder, and due to the halo of mystery that surrounds its clinical expression, it has been the object of many audiovisual works in which some of its facets have been overdimensioned while others have barely been represented.

The initial phase of it, for example, tends to go unnoticed even by the vast majority of patients and families. It is at this point that the prodromal symptoms of schizophrenia manifest themselves, which will be the focus of this text.

However, we will first go into a brief description of the characteristic symptoms of the disease when it is fully established.

Schizophrenia is a disorder included in the general category of psychotic disorders . Two main groups of symptoms can be distinguished: the positive and the negative ones.

This basic typology, originally proposed by Crow, has remained a valid classification for decades because of its simplicity. Broadly speaking, positive symptoms describe an “excess” and negative symptoms a “deficit” in the manifestation of the disease.

The positive symptoms of schizophrenia are hallucinations and delusions. The former describe abnormal perceptual experiences that can involve any sensory modality, and the latter constitute a more or less articulated set of ideas that the person uses to explain his reality (despite the fact that they lack sufficient objective substrate). Often they are attributed a strong credibility to both, being resistant to any evidence that may contradict them.

The most common hallucinations are auditory , expressed as human voices that directly allude to the patient or that interact with each other in a conversation in which the patient is the main subject. The content of the message is usually congruent with the mood of the recipient. Visual or tactile hallucinatory perceptions would follow them in order of frequency.

Delusions involve a set of ideas through which a person tries to give meaning to his or her abnormal perceptual experiences, and whose content may be more or less credible (as would be the case with the delusions of persecution that occur in paranoid schizophrenia) or may be absurd and alien to the cultural environment (contact with beings from other dimensions, varied reincarnations, superhuman abilities, etc.).

Disorganized or meaningless language is also often seen . Verbal expression seems to be affected by syntactic formulas without an apparent grammatical order and by the formation of neologisms (invented words), as well as by phrases without logical connection or by a discourse that tends towards derailing. All this suggests the underlying presence of formal thought alterations.

The negative symptoms are the great unknown for most people, even though they contribute in a decisive way to the disability of those who suffer from this condition. Furthermore, they are clinical expressions that are resistant to the usual pharmacological treatment (antipsychotics that act as dopamine antagonists on the four brain pathways in which this neurotransmitter is involved).

The negative symptoms are the following: apathy (motivational decline or disinterest), abulia (loss of will to engage in the activities of daily life), alogia (impoverishment of thought and language) and anhedonia (difficulty in experiencing pleasure in situations that previously provided it). In addition, alterations in key cognitive processes for development (memory, attention, social cognition, etc.) may coexist.

It is also important to note that other mental health problems are often present as the time spent living with schizophrenia progresses. The most common are major depression and some anxiety disorders, as well as the presence of suicidal ideation. It should be noted that, contrary to popular belief, people with schizophrenia are no more violent or dangerous than the general population.

In the following we will delve into the initial symptoms of schizophrenia , that is, what in specialized terminology is known as the prodromal expression.

The prodromal symptoms are all those early clinical expressions of a disease . With regard to schizophrenia, they describe the time interval between the first signs suggestive of a problem (notable changes with respect to previous patterns of behaviour and thought) and the appearance of the psychosis itself. About 75% of people with schizophrenia have gone through this phase in the first place.

We will now go deeper into each of the prodromal symptoms that have been highlighted in the scientific literature. Their duration may be limited to only a few weeks or extend over many years, but in any case they represent an abrupt break in the way a person acted and thought.

Social isolation is one of the most evident symptoms during the prodromal stages of schizophrenia . The person withdraws from social life and remains outside the family dynamic.

She may spend a great deal of time cloistered in her own room or remain emotionally distant, even when she is in situations where some degree of interaction is expected (meetings, for example), affecting the integrity of her bonds.

2. Changes in the development of daily activities

If the person has an active working or academic life, or is committed to family or other responsibilities, during this stage a very important neglect of these can be observed .

There is an abandonment of the activities that he carried out on a daily basis, which can translate into the impossibility of maintaining his involvement in different areas (loss of employment, academic failure, break-up of relationships, etc.).

3. Impoverishment of personal hygiene and cleanliness

There is a very important neglect of the most basic personal care, such as brushing teeth or taking a shower . In this phase, the person may show an unkempt physical appearance and not show interest in changing the situation, even when faced with the explicit demand of others. This circumstance is a usual source of conflict within the family, and can seriously disturb the coexistence.

A deterioration in physical appearance due to sedentariness or lack of exercise may also appear, with a substantial change in eating habits leading to a very noticeable loss or gain of weight (and alteration of anthropometry). Sometimes, the changes that occur in the body structure are dramatic.

Both anxiety and depression are particularly disabling prodromal symptoms of schizophrenia , as they contribute to the impairment of emotional life. They can be expressed as very pronounced mood swings, emotional depression, agitation or nervousness. On other occasions they manifest themselves in the form of constant and disproportionate anger, which encourages the presence of conflicts.

5. Poverty of language and thought

In this stage the first signs of impoverishment in the use of language and thought begin to appear . In fact, many authors point out an initial impairment of the cognitive processes, although this is more subtle than that observed during the development of the psychotic disorder itself.

The evidence highlights the effect on the following cognitive processes: speed of information processing (ability to manage the resources needed to cope with the demands of the situations we face), sustained attention (prolonged maintenance of the focus of attention on a stimulus) and working memory (ability to retain the information required to successfully perform a task in which one is involved).

Other findings also suggest some degree of decline in verbal memory (word recall), problem solving (ability to articulate a plan of action aimed at achieving a goal or resolving a demanding situation) and social cognition (coding, storing, retrieving and using information associated with social dynamics; including identifying the expectations of others).

All of these may contribute in some way to other prodromal symptoms, such as loss of employment or social isolation, and should be evaluated by a neuropsychology professional in a timely manner.

In this period of time, we can notice the presence of recurrent ideas around a specific theme, on which all daily activities are structured. The axis of vital gravity can shift abruptly towards these issues, most of which have not been addressed by the person before. It is therefore an obsessive thought that displaces the usual concerns to a second order of relevance.

The schizotypal personality disorder (maintenance of beliefs considered strange by the environment and impoverishment of the affective expression) favors a structure or foundation on which a later psychosis can be erected, and has been considered an important risk factor, so that in this stage a recrudescence of this previous symptomatology could be observed.

Sleeping difficulties are also a common symptom in the prodromal phase of schizophrenia. They can arise in any of its possible forms: of initiation (conciliation of sleep), of maintenance (constant interruptions during the night) and of early awakening (end of sleep earlier than desired).

In some cases a disturbance of the circadian rhythms is seen, so that the person goes to bed and wakes up too late.

Why are prodromal symptoms important?

Knowledge of the prodromal symptoms of schizophrenia, even though they often go unnoticed, is of paramount importance. This is because they not only occur in the months before the full picture develops, but can also serve as indicators of the imminent appearance of an acute episode in people who have already been diagnosed. Thus, their identification allows us to anticipate the appropriate prophylactic and therapeutic measures .

However, it is important to note that the presence of these symptoms does not necessarily mean that the disorder will develop in the future, as this happens in only 20% to 40% of all cases. It is a key alarm signal to be aware of, in order to set in motion all the assistance devices that may be appropriate.