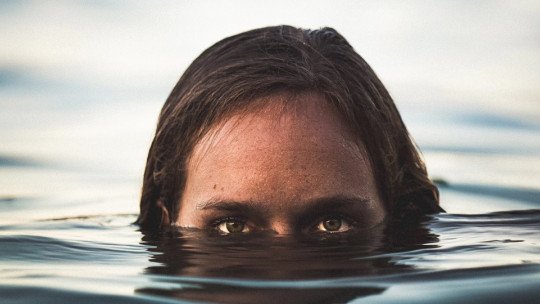 People are in constant contact with everything around them and the information they receive from their environment is what allows them to interact with it effectively. This information is given by the different types of sensations .

However, sensations are not limited only to external stimuli; there are also stimuli generated by our own body that inform us of the state we are in. Throughout this article we will talk about the different types of sensations and the characteristics of each one of them.

In the field of psychology a sensation refers to the phenomenon by which our body detects a stimulus or stimulation, both internal and external . A sensation caused by an external stimulus can be, for example, feeling a caress; while an internal sensation can be a headache or feeling the noises that our empty stomach emits.

This concept is always accompanied by the concept of perception. However, there is a fundamental difference between the two. While sensation is the mere detection of the stimulus , perception consists of the organization, identification and interpretation of this sensory information, with the aim of interpreting and understanding this information from our environment.

There are three different phases in the process of detecting sensory information.

In it the stimulus activates the corresponding sensory receptor organ.

A chain reaction occurs in our organism, generating the well-known process of transduction by which sensory information is converted into neuronal information and activating a series of structures in the nervous system.

In this last phase the person is aware of the sensation, which provokes a reaction or response. Here to become part of the process of perception .

We are usually taught that people have five basic senses: sight, hearing, taste, smell and touch. However, we are able to perceive many more senses that are somewhat less well known. Among them are the kinaesthetic sense and the kinesthetic sense.

Within the group of external senses are:

On the other hand, the inner senses include:

The sense of sight is the one in charge of detecting those sensations created when the person observes or looks at his environment. Within this same sense we find two different types of visual sensations :

Detection of the wavelength, intensity and complexity of light is made possible by visual receptors located in the eye’s retina. These receptors are known as rods and cones.

While the rods are sensitive to dim light, the cones capture the variety of colors and bright light. The sensory information obtained by these receptors is transduced into neural information that travels along the optic nerve.

When this sense fails from any cause and at any level, different types of blindness appear, including the complete inability to see.

Also known as hearing, this sense allows us to detect sounds that reach the internal mechanism of the hearing organ in the form of vibrations and changes in the pressure of the environment. These sensations can be different depending on height and pitch, just as they vary depending on the timbre.

Characteristics such as the frequency, intensity and complexity of the sound waves that reach us from the external environment are detected by the ear’s auditory receptors. In this case the receptors are known as cilia or hair cell receptors.

The different movement patterns of the cilia translate into different neural codes, which ultimately lead to different hearing of volume, pitch and timbre of sounds.

In this sense, the loss of the ability to hear is known as deafness, which can also appear in different degrees and affect one or both ears.

The ability to perceive the aromas and odours of the environment is known as the sense of smell. The appearance of any external fragrance, both pleasant and unpleasant , activates the capillary receptors in the nasal passages. These receptors transfer the signal to the olfactory bulb, located at the base of the brain.

The sense of smell can serve many purposes such as detecting hazards (smelling a gas leak), spoiled food, or detecting pheromones, among many others. In addition, it is integrated with the sense of taste to effectively perceive different flavors.

A person who does not possess this capacity or has lost it due to some kind of injury is a person who suffers from anosmia .

Taste is that sensation produced by a chemical reaction that occurs when a substance is detected by the taste receptor cells, located in the taste buds of the oral cavity , mainly on the tongue.

Taste receptors are activated by the presence of food or any other element placed on the tongue. The taste buds can detect four basic flavors: sweet, salty, sour, and bitter. However, the sense of taste works together with smell and trigeminal nerve stimulation to determine different tastes, as well as their temperature.

With the passing of time and aging, a decrease in the intensity of the perception of different flavors appears, while the complete impossibility of perceiving them is known as ageusia .

The sense of touch is one whose sensations respond to changes in the surface of the body. That is to say, the person’s skin; which can feel any stimulus or element that touches it.

Through the sense of touch we can perceive and identify the characteristics of objects. It allows us to know if it is soft, rough or rough. In the same way, can also inform us of the temperature of the objects by activating the thermoreceptors.

Sensory information receptor cells are connected to afferent nerve fibers. When a tactile stimulus is detected, the sensory receptors are activated, transporting the information to the corresponding brain centres.

Kinesthesia or proprioception, refers to the ability to detect the position of muscles, as well as the ability to be aware of the position or posture of our body in relation to our surroundings. This sense makes it possible to control the direction and range of our movements, thus allowing us to give fast and automatic motor responses.

In comparison with the senses described above, kinaesthesia is an interoceptive sense, that is, it is responsible for detecting the internal stimuli and states of our organism.

As a consequence, it also plays an important role in the perception and maintenance of balance, as well as in the coordination of movements . On the other hand, the dysfunctions related to this sense are those that are manifested through motor clumsiness, falls and lack of coordination.

Finally, kinesthesia or the kinesthetic sense is one of the least known senses and is responsible for detecting all the internal sensations of our body. The receptor units of this sense are those nerve endings of the membranes of the internal organs. It informs about the state of the organs and the organism as a whole . The stimuli that activate them are those of the digestive, respiratory and muscular physiology, among others.

In some areas, they refer to cenesthesia as the general sensation of the existence of our own body and the state in which it is found.