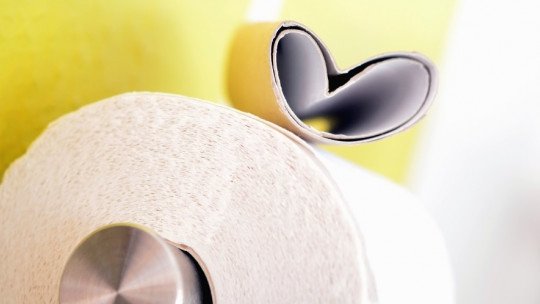 Feeding is a process through which living beings incorporate into their bodies a series of nutrients, coming from products foreign to the subject himself. But the process of feeding also generates waste and food remains that cannot be digested, and that must be expelled from the body.

This waste takes the form of faeces, which are eliminated by defecation. But the stools we pass are not always the same, and sometimes we may be concerned about problems with possible abnormalities in our bowel movements.

The presence of different types of faeces may be offering a great deal of information regarding our digestion or our state of health. In fact, there are even classifications of faeces that aim to analyse signs of possible diseases or problems. One example is the Bristol Stool Scale, which ranks our bowel movements on a total of seven types of stool. It is of these seven types that we are going to talk about in this article.

Although this is a term we all understand since defecation is something we all do, it may be useful to review the concept of stools when analyzing the seven types of stools.

We call faeces or excrements, among many other more colloquial names, the set of residual material of the faecal type that is expelled through the anus in solid or liquid form. It is the remnants of the food we eat, specifically those parts that cannot be absorbed by the digestive system along with cell debris from the intestinal walls that have been shed during the digestion process.

But as we have said before, faeces are not always the same but can have different consistencies and forms. This is not merely formal, but provides information regarding how the digestive process has been , and could even be an indication of the presence of some kind of alteration or disorder. This is why some scales have been generated to be able to compare and analyse the type of excrement produced.

Types of stools according to the Bristol Stool Scale

One of the main scales used to assess stool is the Bristol Stool Scale, which divides the different types of stool into seven. This scale is very useful for doctors, since allows patients to identify the type of stool they usually excrete and make it easier to identify possible problems. The seven main types of stool are as follows.

These are small, hard, walnut-shaped fragments of faeces that are difficult to excrete and resemble the faeces of goats. These small fragments contain hardly any water. This type of faeces usually appears in people with severe constipation, having been in the digestive system for a long time. The subject usually has a lack of fibre in his diet .

They can also appear when there are obstructions in the digestive tract or megacolon.

Although it is similar to type 2, in this case we find a type of deposition in which we observe a single structure , although it is possible to observe that it is crossed by different cracks and small bulges. In this case we are dealing with a stool of soft consistency, and it is one of those considered to be indicative of a normative digestive process.

Considered together with type 3 as ideal feces, this type of excrement is characterized by its unique and smooth shape . It would have the shape of a sausage or black pudding without cracks or bulges, and a soft consistency. It would indicate normal digestion.

These types of faeces would indicate a possible deficit of fibre and a relatively fast and smooth transit . These are pieces of faecal mass with well-defined edges and a doughy consistency.

This type of stool is characterized by being almost liquid, appearing only fragments of which it is difficult to recognize the edges. It is usually produced at times of mild diarrhoea , generally appearing in the presence of indigestion or viral processes and may cause dehydration.

The latter type of faeces corresponds to situations in which food has passed through the digestive system very quickly, appearing in situations of acute diarrhoea of great importance. The faeces are totally liquid, in the form of a purée, with no solid elements . This type of faeces is produced at times when there is a risk of dehydration.

The above types are especially important when it comes to identifying what our stools look like, but there are other factors such as colour which can also be indicative of different problems . In this sense, we should consider what the following colours imply.

Brown is the usual color of the stool, indicating normality. The colouring can be lighter or darker depending on the diet .

Although it may seem striking, the green color of the stool is usually derived from a diet rich in vegetables with chlorophyll or the taking of some drugs . They are common in the first week of life. It may also be indicative of food intolerance, gallbladder obstructions or rapid intestinal transit.

A yellow color in the stool may indicate more serious problems. Excess fat in the stool is produced as an effect of . You may be reporting liver problems (including hepatitis), gastric reflux problems, gallstones, some bacterial infections, or celiac disease.

The presence of black stools may be an indication of danger. It is usually due to the presence of bleeding or hemorrhage in the upper part of the digestive tract (which may even arise as a result of cancer or an ulcer), such as the stomach, or due to an excess of iron. They can also be caused by eating large amounts of some foods. It requires a consultation with the doctor.

It is unusual, but it can also happen that the stools are white or whitish. This is abnormal and may indicate blockages, lack of bile or liver or pancreas problems . Nodal problems or certain tumours can also generate them. Likewise, the consumption of some drugs can generate this colouring. If our stools are white, we should go to the doctor quickly.