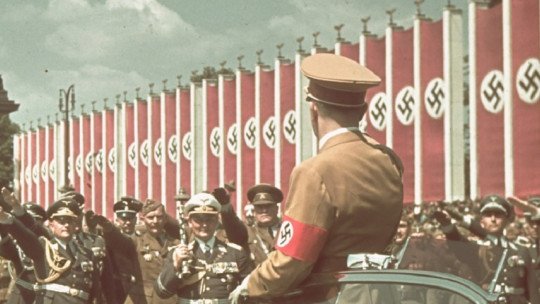 As gregarious beings, we human beings live in a society that must be organized so that the different individuals who are part of it can live together in peace.

For this purpose different social norms have been constructed in the form of laws , which aim to provide us with a framework of action with which to allow a more or less effective social functioning. Generally, the laws aim to maintain the existence of a fair and egalitarian society.

We understand as legal that which is endorsed and permitted by law . This implies that legal behaviour will be allowed and will not be sanctioned. Legal is defined by the Administration, the legislative apparatus of the State or country, and can vary greatly. The legal grants us freedoms and rights, as well as obligations and limits.

In general, the legal tries to guarantee healthy coexistence and seeks to be based on morality and precedents, although this is not definitive. For something to be legal it is sufficient that the legislature decides to allow it regardless of its purpose, being a solely legal concept.

Conduct and situations that do not comply will be considered illegal and therefore sanctioned . For something to be considered illegal, it must either be directly prohibited by law or involve disregard for the law in force. However, it must be taken into account that even though non-compliance with the law may be due to factors that may seem morally just or due to aspects such as ignorance or uncontrollable elements, this does not affect the fact that it is considered non-legal.

What do you suppose something is legitimate?

The other concept to be analysed is that of legitimacy. Although one of the meanings of the word implies that the legitimate act is the one that is in accordance with the law, legitimacy requires an aspect that is not limited to mere legality.

The term legitimate refers to the idea that there is justice and reason in the performance of such an act .It is not only a matter of something being approved by the Administration, but also that the law or legitimate norm allows each subject to be provided with what is due to him. In other words, what is legitimate requires that what is considered as such be moral and ethical, being a juridical and moral concept at the same time.

Legitimacy does not come from any legislative institution , but from the acceptance and consensus of the community of such action. Legitimacy confers authority and allows the act, rule or situation that is considered as such to be respected. Otherwise, it implies the existence of an erosion and a situation in which society will tend to rebel, producing a reaction and in many cases provoking the proposal of new laws that change the legal situation.

The differences between the legal and the legitimate

In view of both concepts, some clear differences can be observed. These are briefly highlighted below.

1. Ethics in both concepts

We can find big differences between legitimate and legal. One of them is the implication of ethics and morality in each of the concepts.

Although the legal aspect tends to be done with a view to achieving a healthy and fair coexistence, laws based on personal interests or with purposes contrary to the well-being of part of the population may be enacted, regardless of how they are perceived, provided that the person in power so decides. The legitimate, although in general it comes from the legal, is going to be essentially linked to the moral and ethical , to how the element in question that is being judged is perceived.

This point is linked to the vast majority of the other aspects cited. We must bear in mind that the law provides a framework for all citizens regardless of their views on this matter. However, each person has his or her own idiosyncrasies and ideas of what is or is not valid.

Therefore, what is legitimate for me to do for someone else may be an aberration. Whether something is legitimate or not will therefore depend on the subjectivity of the person who observes it, although generally when speaking of legitimacy one usually speaks of the level at which something is considered by the whole population.

3. The law comes from the legislative apparatus, the legitimacy of the assessment of the person

One of the main differences between legal and legitimate can be found in their origin. While legal only implies that an institutional commitment has been reached that applies to the population regardless of whether something is legitimate or not, it implies that it will be considered fair by the majority.

Another difference we can find between the legal and the legitimate is the degree to which something is considered as such can vary or how fast it does so.

The different existing laws are constantly created, promulgated, modified and even suppressed , according to the governing ideology and the prevailing socio-cultural and historical situations. Thus what is legal, illegal or alegal is clearly modifiable, even though it involves a procedure that can take a more or less long time.

Legitimacy, however, being dependent on the moral assessment of society, is difficult to change. Although it is possible to change the community’s mentality with respect to concrete issues and their moral consideration, such changes involve a slow process of conversion of attitudes to concrete aspects.

What is legal and what is legitimate may also differ in how specific facts are observed. Although the legal aspect takes into account that there are mitigating or aggravating circumstances , if a specific action is classified as a crime it will be considered illegal. However, even though the action may be illegal it can be considered legitimate if there is a logical reason for its commission.

If the laws are legitimate for society as a whole, they will generally be well accepted and followed. However, if a law or the way it is applied is perceived as contrary to or restricts personal freedom, it will be seen as illegitimate. This can cause many people to present reactions of frustration, rage and anger that lead them to contravene the norm .

This is an aspect in which legal and legitimate are also different: if what is legal is considered unjust it will tend to generate a reaction, while what is legitimate does not usually do so, or at least not to the same extent, given that it is considered fair.

Another aspect to take into account that differentiates the legal from the legitimate is the context in which it is applied. Each territory and each country has different laws depending on the socio-cultural circumstances and the type of thinking behind the power in command, and even on how such power has been achieved or maintained. Thus, what is legal in one country may be illegal in another.

However, legitimacy has a more expanded application context. A fact may be illegal in one place but legal in others, but it can be assessed whether or not it is legitimate from anywhere in the world.

8. Legitimate may not be legal, and vice versa

While laws are often created with the intention of being legitimate, and in fact the fact of being laws gives them a certain level of legitimacy, their application and even the purpose for which some are created may not be legitimate .

For example, in Nazi Germany it was considered a crime to hide or even not to report a Jewish neighbor. According to the law of the country the legal thing would be to contribute to the surrender of such persons. However, a large number of people saved their lives because many citizens opposed it, as for example the so-called “Warsaw Ghetto Angel”, Irena Sendler, did. This is a clear example of how what is legitimate can be illegal, as well as how what is legal can be illegitimate.