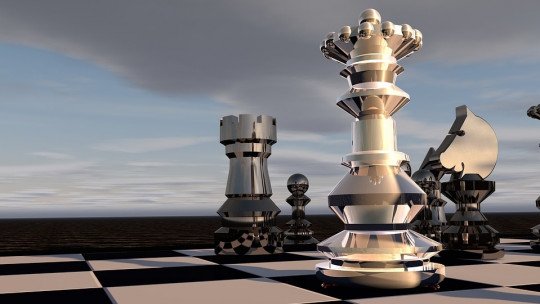 Higher psychological processes, such as language or reasoning , are involved in the abilities that distinguish people from other animals. These and other voluntary and controlled functions have allowed us to dominate the planet and explain a good part of the complexity that characterises our societies.

But, what exactly are the higher cognitive functions? In this article you will find the description of the main higher psychological processes and the definition of this concept.

What are the higher psychological processes?

According to Lev Vygotsky, higher mental processes are human psychological systems that develop from more basic ones, shared with animals. They are mediated by symbols and emerge from social interaction , as well as a natural consequence of brain development.

In the opposite way, the basic or elementary psychological processes are shared by many species of animals and are present in people from birth. These types of processes fundamentally encompass attention, perception and memory.

The concept of higher psychological process is widely used today, especially in cognitive psychology and neuroscience, although the definition is not always equivalent to Vygotsky’s.

In the field of neuropsychology we speak of higher psychological processes to refer to the brain functions that depend on the integration areas of the cortex . As their name indicates, these regions integrate the information of the rest of the brain, allowing processes of great complexity such as language or reasoning.

There is no clear consensus about the number of higher psychological processes that exist, although at least gnosias, praxia, language and executive functions are usually included within this concept, such as reasoning and inhibition; we will treat the latter separately.

Gnosis is defined as the ability to recognize and give meaning to that which we perceive . It depends on the memory and the senses, so we can talk about visual, auditory, olfactory, gustatory or tactile gnosias; these are the simple gnosias, through which we give meaning directly to external stimulation.

On the other hand, there are also complex gnosias, which combine the information from the senses with other brain functions, giving rise to the perception of one’s own body or visuospatial orientation.

When we execute a motor behaviour under voluntary control with the aim of reaching a goal we are carrying out a practice, generally learned motor programmes. Disorders in these functions are called “apraxia”.

Praxias are divided into three types: visuoconstructive (using different elements to create a whole, such as a drawing), ideomotor or ideological (recognising and carrying out simple gestures, for example waving) and ideational or ideological (using a sequence of movements with a specific meaning).

Care can be considered either a basic mental process or a higher one depending on the complexity of the task and whether voluntary control is given. It is defined as the ability to focus cognitive resources on specific stimuli , and is mediated by the processes of alertness and perception.

Language is a fundamental psychological process because it facilitates other cognitive functions and mediates many types of learning. The development of language requires the symbolic function , that is, the ability to represent ideas through symbols and to understand them, in case they have been created by other people.

Within this higher mental process we find diverse capacities, such as expression or discrimination of phonemes and letters. Both oral and written language, which is based on spoken language, allow us to give information or make requests to other people; the development of this capacity was key to the progress of human societies.

Decision-making is the ability to choose the most appropriate plan of action from those available to us. This skill includes the detailed analysis of the options and their possible consequences, as well as the comparison of the alternatives.

It encompasses decision making within executive functions, such as reasoning, planning or inhibition, which we will describe in the following sections. Executive functions are complex brain processes that enable us to achieve goals and maximise our adaptation to the environment by monitoring voluntary behaviour.

We can define reasoning as the process by which we e x draw conclusions, make inferences and establish abstract relationships between concepts. It can be inductive (when we use individual cases to arrive at a general rule), deductive (drawing conclusions from the general rule) or abductive (making the simplest possible inference).

Through planning we not only create plans to achieve our objectives, but also allow for goal setting itself. In addition, planning is heavily involved in decision making and problem solving.

When we speak of superior psychological processes, the term “inhibition” refers to the capacity to ignore irrelevant stimuli , or to restrain inappropriate impulses in a given context. Brain inhibition appears to be altered in various psychological disorders, including schizophrenia and ADHD.