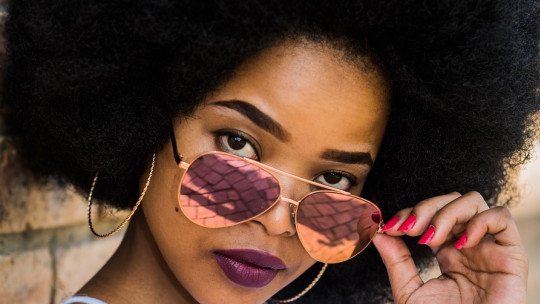 The types of racism that exist around the world are a sign of the extent to which there are attitudes based on discrimination that have become deeply rooted in many cultures.

In fact, racism can take so many forms that in some cases it goes unnoticed and can be perceived as the natural order of things. That is why it is important to be aware of the different types of racism and to know how to identify them on a day-to-day basis. But first, let’s start with the basics.

Racism is a very abstract concept that refers to the act of discriminating against people according to their race , or to the tendency to engage frequently in this kind of discrimination.

Thus, a racist person takes into account his or her prejudices about the characteristics that people have (hypothetically) because of the lineage from which they come, and advocates the idea that individuals should have some rights or others based on their race.

In turn, the concept of race is much discussed, since although as a scientific entity it does not exist within the field of biology applied to our species , in social sciences and humanities it is used. This means that although technically there are no human races, a large number of the population does believe so, and therefore can discriminate taking as criteria the supposed racial groups to which people belong.

That is why, among other things, the boundaries between the different races are so blurred; there is no clear way of telling where one of these population groups starts and where another starts.

The most common types of racism are as follows. However, it should be noted that in practice many of them overlap with each other.

The adjective “racist” is also used to refer to laws or institutions that discriminate against people because of their roots . This is the case of institutional racism, expressed in forms of organization and power sharing that have been fixed in rules, statutes, etc.

References to institutional racism are well matched with philosophical currents related to post-colonial studies or the works of Michel Foucault, which speak of forms of oppression and domination that go beyond the purely psychological and are materially expressed in structures of social organization and laws.

Cultural racism emphasizes an alleged cultural superiority of one ethnic group over another . It should be clarified that this type of racism does not consist in pointing out that there is one culture better than the others, but in establishing a determinist relationship of race towards culture. For example, the belief that civilizations formed mainly by black people are incapable of creating good literature is an example of this.

However, it should be noted that this concept is controversial, as it is often criticised for blurring the true meaning of racism, which would necessarily refer to biological characteristics or at least to visible physical characteristics that are easy to check on the basis of objective criteria, such as skin colour.

This is one of the types of racism that most emphasizes the influence of genetics on people’s abilities and psychological propensities. It is believed that the inheritance passed on through the genes determines a good part of what we are, and that this supposes the irremediable superiority of certain races over others.

It is a concept used to refer to racist attitudes directed against parts of the population that are not usually the target of racist attacks , usually people perceived as white.

There is some controversy as to whether this phenomenon can really be considered a type of racism, given that it does not involve a form of systemic oppression that goes beyond the individual attitudes of certain people. In other words, while racism towards non-white people is based on historical and material inequalities (domination of their native lands, increased military power, etc.) racism against whites is not related to a situation of structural discrimination.

However, if we are interested in focusing on a clear and concise meaning for the word racism, we may tend to accept that white people may also suffer from a type of discrimination on the basis of race.

5. Racism based on skin color

This kind of racism is based on appearance, and it is very superficial. Basically, it consists of contempt for or irrational hatred of people because of , simply, the appearance that gives them a different skin colour than what one considers “normal”. In practice, it overlaps with many other types of racism.

It is a form of racism that occurs within population groups that are themselves often discriminated against. It consists in belittling or excluding certain people who have very marked features attributed to their race, that is, who come close to the appearance of whites . These are populations with African origins, for example, the victims are individuals with darker skin, as opposed to other blacks with lighter tones. Their existence is proof that there are also unequal power dynamics within discriminated groups.

It consists of putting a lot of emphasis on the biological characteristics that are usually attributed to certain ethnic groups, creating many moments in which attention is drawn to them. For example, pointing out that people who come from China have yellowish skin is a clear example of forcing reality to fit into schemes of differentiation between people.

Compared to other types of racism, this one seems relatively harmless, as it is not based on hate, but also has adverse effects, because it pigeonholds people and makes it hard to look beyond these classifying categories.