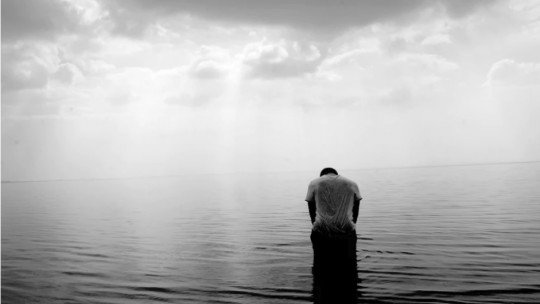 Grief is one of the hardest experiences a human being can go through in his life. Although many people associate it with death, this phenomenon can also occur when our hearts are broken or when we lose a job after many years in the same position; it generally occurs in situations where something happens that we interpret as a loss.

Without a doubt, overcoming the duel is complicated, so the person must go through a series of stages to get back on track. It is a very painful experience and each individual has a personal way of living it. Likewise, there are several types of grief , so it is complicated to talk about a sequence of actions to be carried out in order to assimilate this experience in the best possible way. In this article we will go into the different types of grief and their characteristics.

The 5 phases of grief

Over the years, some theories have emerged about the phases a person goes through when they are in mourning. One of the best known is that of psychiatrist Elisabeth Kübler-Ross , published in 1969 in the book On death and dying .

According to Elisabeth Kübler-Ross’ theory, the stages of grief are:

The first of the phases is denial, which is characterized because the person does not accept reality (consciously or unconsciously). This occurs as a defence mechanism and is perfectly normal. In this way, the individual reduces the anxiety of the moment.

The real problem occurs when people get stuck at this stage because they cannot cope with the traumatic change, so they ignore it as a defensive response. The death of a loved one, of course, is not particularly easy to avoid and cannot be avoided indefinitely.

Sadness can lead a person to suffer from anger and rage and to look for blame . This anger can manifest itself in different ways, blaming oneself or others, and can be projected onto animals and objects.

At this stage, the pain leads to seeking a fictitious negotiation. In fact, many people facing death try to negotiate even with a divine force .

Other people, those who suffer a minor trauma, may be able to make other negotiations or compromises.For example, “Can we still be friends?” or “I’m going to do this for you.” Negotiation rarely provides a sustainable solution, but it can reduce the pain of the moment.

The impact of the loss of someone close can lead a person into a very painful situation, which is accompanied by enormous sadness and an existential crisis, as they realize that this person is disappearing from their life. Although the symptoms are similar to those of depressive disorder , once the person accepts the situation, the symptoms go away.

This stage happens when you have accepted this painful situation and it depends on your resources to accept it sooner or later . It is not a stage that represents joy, but rather emotional detachment and understanding of what may have happened. If the person spends a lot of time in grief and does not accept the situation, it is necessary to seek psychological help to overcome it.

Since the stage of grief does not necessarily have to occur for the loss of a loved one, before moving on to the types of grief we will move on to the different kinds of losses that can occur :

Not all losses generate grief , however, depending on the resources or other psychological variables (such as self-esteem or lack of social skills) of each person, losses can cause discomfort and suffering for more or less time.

What are the types of mourning there? Below you can find the different types of grief.

Anticipated grief is that which occurs before death has occurred . It is common when a disease is diagnosed that has no cure. The grieving process is the usual one, in which the person experiences various feelings and emotions that are anticipatory and that will prepare him emotionally and intellectually for the inevitable loss.

Early grief is a prolonged mourning process, not as acute as the rest, since when death arrives it is often experienced, in part, as something that brings calm.

Unresolved grief, as its name suggests, means that the grieving phase is still present . However, this is usually the name given to the type of grief that occurs when a certain time has passed (between 18 and 24 months) and has not yet been overcome.

Chronic grief is also a kind of unresolved grief, which does not go away over time and lasts for years . It is also called pathological grief or complicated grief.

Pathological grief can occur when a person is unable to stop reliving events related to death in detail and vividly, and everything that happens to him or her reminds him or her of that experience.

This type of mourning refers to when the person denies that the events occurred . Therefore, it is the stage of denial we have talked about before, in which the individual continues to avoid reality in spite of having spent a long time. That is, the person has remained stuck in this phase because he or she does not want to face the situation.

It is similar to normal dueling, with the difference that it starts after some time. It is usually part of the absent duel, and is also called frozen duel . It often occurs in people who control their emotions too much and appear to be strong. For example, a person who has children and must show himself in his entirety.

Delayed grief often occurs when the grieving person must initially take care of many things that require his or her immediate attention , such as caring for a family.

Inhibited grief occurs when there is a difficulty in expressing feelings , so the person avoids the pain of loss. It is usually associated with somatic complaints. The limitations of the individual’s personality prevent him/her from crying or expressing the grief. Unlike absent grief, it is not a defense mechanism.

This type of grief occurs when the environment around the person does not accept the person’s grief . For example, when after a long time the family reproaches the person for continuing to mourn. The person represses his feelings towards the family, but internally he has not overcome it.

This type of grief often occurs when the person who died or left for good carries an associated stigma and is excluded, at least for the person’s close environment (e.g. family). Expressing grief can become a symbolic act that subverts certain political and social ideas. For example, if the absent person was someone’s homosexual partner and the family does not approve of this type of relationship.

The distorted grief is manifested as a strong disproportionate reaction to the situation . It usually occurs when the person has already experienced a previous grief and is faced with a new grieving situation.

For example, he may have experienced the death of a father, and when an uncle dies, he relives his father’s death as well, leading to a much more intense, painful and disabling situation.