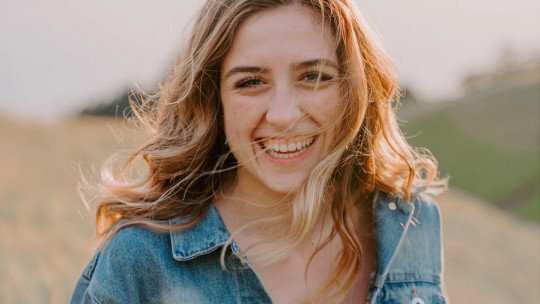 Of all the wide range of emotions that we can experience, probably the one that we are all most eager to experience is joy. It is a fundamental emotion whose presence not only gives us pleasure but seems to facilitate our life in all aspects and domains, and it also usually means that everything or at least something we care about and hope for is working as we would like it to.

But the truth is that we don’t always experience joy for the same things or in the same way, or sometimes this joy can be superficial or manifest itself even though it doesn’t exist, or even be a symptom of something going wrong. That’s why we can talk about different types of joy , which we will see throughout this article.

Joy is one of the basic and most important emotions of the human being , being also one of the most rewarding and appetizing. It is a sensation that is linked to the existence of a series of activations and physiological effects (among them an increase in the cardiac and respiratory rate and the secretion of hormones and endorphins) and that generally occurs on the basis of an experience (whether this is internal or external) that the subject values at a cognitive level as favourable.

It usually generates typical behavioural manifestations such as smiling (sincere joy being the only emotion that in that act generates the activation of certain ocular muscles), or laughter. Generally it appears associated and is one of the fundamental parts of the concepts that we call happiness, fullness or well-being.

Regardless of the well-being it generates, joy is a deeply adaptive emotion: it facilitates exploration and contact with others and the environment, as well as stimulating creativity and mental flexibility. It has been observed that it accelerates the processing of information and facilitates the search for new and more effective methodologies.

It makes socialization and community life easier and also favours the repetition of the behaviours that have generated this feeling. Likewise, joy favours the observation of the whole of the information rather than of each of the elements that are part of the situation, something that in turn can make one lose attention to details and even commit more risks in the performance.

In fact, it has been observed that feeling joy is positive for health, since it improves our immune system, is linked to better cardiac recovery after coronary events and improves the prognosis of the subject in many alterations, diseases and injuries. It also decreases or counteracts the reactions of negative emotions, such as anxiety or sadness.

Most people and in a general way we tend to think of joy as a unique and unitary concept, not being usual that we stop to talk about the possible existence of types of joy. However, it is possible to make a brief classification according to its suitability in relation to the situation experienced or even the level of realism with which it is experienced.

We understand by authentic or felt joy that type of joy that is truly experienced by those who say they do, there being a positive state of mind in which a physiological activation and excitement appears and a feeling of happiness, desire to experiment and well-being. This sensation appears naturally and is expressed in a fluid way towards the outside , being the product of a situation or achievement considered positive by the subject.

Hilarious joy is that which appears as a result of the sense of humor or physiological reactions that do not necessarily appear in a situation of happiness and wellbeing but rather after the capture and processing of generally unexpected stimuli or situations that we find comical . This is one of the most frequent types of happiness.

Joy can have various origins, and participates in phenomena as relevant as the perception of happiness. As far as the latter is concerned, one can become happy and experience joy on the basis of different aspects . One of them is derived from the experience of pleasure, obtained through the satisfaction of the person’s most basic needs and desires, as well as from the avoidance of what generates discomfort.

Along with hedony, another cause of happiness and joy that usually forms part of it is what is known as eudaimony: in this case one experiences well-being and joy derived from working on one’s own development and the search for objectives and purposes. This is the joy that self-realization produces.

We understand feigned joy to be that set of signs of a positive, expansive and even happy state of mind that is carried out intentionally and without there really being an emotionality to justify it, such joy being a falsification generated with some kind of purpose. So we are really dealing with someone who is not really feeling joy. In order to recognize it, the most effective way is to notice if there is a discordance between the gestures of the mouth and those of the eyes when smiling.

It is a type of happiness very similar to the pretended one and that in fact could be considered a subtype of this one, the cynical happiness is that happiness manifested as a mask or defense mechanism in order to avoid showing another emotion , generally negative.

It is probable that at a general level whenever we imagine the presence of joy we do it in a context where it is positive, improves our mood and facilitates our well-being, being usually caused by a beneficial event that makes us feel such emotion.

However, it is also possible to find people who experience a type of joy that is not normative but pathological, which escapes control of the situation and which can become overflowing and unadaptive and even dangerous .

This is what happens in some pathologies such as manic episodes typical of bipolar disorder, some cases of schizophrenia and other psychotic disorders, or after intoxication by substances. Rather than genuine joy we would be talking about situations of euphoria, in which expansiveness, logorrhea and increased speed of thought arise. In such circumstances it is possible to lose control of the situation and suffer a decrease in the capacity for judgement and risk analysis, to the point where delusions of grandeur, irritability and hostility towards others may even appear.

It is understood as such that a type of happiness which is considered pathological because such an emotion appears is a situation that does not correspond to something that generates happiness for the subject or that appears at a moment or in a situation that should not generate it (it is not necessarily that it is in a situation in which it is considered socially inappropriate, which also, but that even the emotion of happiness appears in spite of the fact that what happened may actually be sad for the subject himself) or in which the physiological expression does not accompany the emotion felt.

Another type of joy, present among other cases in people with brain injury, brain tumors, cognitive impairment or dementias, is morbidity. It is understood as such a positive and expansive state of mind but empty in content , which appears without there being a reason for such joy. It is common for people with this symptom to show a desire to joke, eccentric behaviour and extreme joviality regardless of the context.