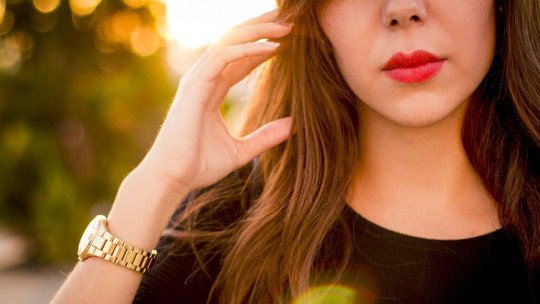 One of the characteristics of manipulators is precisely that they act in such a way that they cannot be recognized as such.

One of the factors that serve to understand how they can go unnoticed in this way is that, instead of a typical pattern of manipulative behavior, there are different types of manipulative people, or manipulative strategies to be followed . This makes it not always easy to recognize when someone is being tricked for his or her own benefit.

The main types of handlers

Despite all the difficulties, it is not impossible to detect these cases of continued deception.

Below I describe the main manipulation strategies adopted by manipulative people according to their personality or the context in which they try to deceive someone.

Some manipulative people hide behind a disadvantageous situation that in many cases is fictitious and, if it is real, they always try to exaggerate. The objective is clear: to make people feel sorry for themselves .

This is a strategy that appeals to the parts of the brain most related to the limbic system and emotional memory and has a powerful effect on the behavior of others. In fact, some people cannot help but give in to all that these types of manipulators directly or indirectly ask for despite sensing that they are being tricked.

In some people with narcissistic traits, attention is such a precious resource that they are willing to develop strategies whose ultimate goal is to achieve this element. And, in many cases, these strategies include a part of deception and manipulation . For example, this is what happens in people who pretend to have a power that they do not have just to have a way of standing out without doing too much, or who pretend to be interested in other people just to make this interest born towards oneself by the other.

Moreover, these kinds of manipulative people know that it would be so strange for others to assume that they do everything for attention that they don’t even think about it, and therefore they are unlikely to be discovered.

3. Authorities in the field

This kind of manipulators make their own the fallacy ad verecundiam to exercise control over others . The idea, simply, is that they know a lot about a particular subject, and therefore they should be the leaders and the ones who have the last word on a particular subject.

Of course, the moral position on which they decide what others should do is simply a facade that serves its purpose: to deceive others. These are people who want to thrive socially or economically by supporting an authority figure , that is, by refraining from offering their point of view in exchange for reinforcing the decisions of someone powerful.

This hurts both the others, who see a clear imbalance of power (a person who is already important has the unconditional help of another person), and the person who is a leader, since he or she cannot be informed when his or her decisions and opinions are flawed.

If the two previous types of manipulative people are based on authority, with this class the opposite happens : one tries to damage someone’s position so as not to have competence .

These people may systematically position themselves against what this selected person is doing, and will often speak ill of him or her behind his or her back. They do not manipulate the person they want to harm directly, but their environment.

This type of manipulative person is characterized by offering a long-term reward in exchange for following a plan . Of course, when the time comes to give the reward, they will disappear. This is a style of manipulation that is linked to a specific object and a specific task.

These manipulators make a point of speaking well of someone so that that someone believes they are indebted to them and agrees to do what they ask . As with false victims, it is possible to fall into their trap despite being partially aware that one is being manipulated.

This happens a lot in discussions, to win over public opinion. For example, if someone claims that a candidate for mayor is uneducated and someone else claims that he has a degree, the manipulator will respond to this that suggesting that a college degree is a determining factor in being a good mayor is ridiculous. In this case, distractions and the memory of the audience are played upon to manipulate them by talking about things that have not happened.