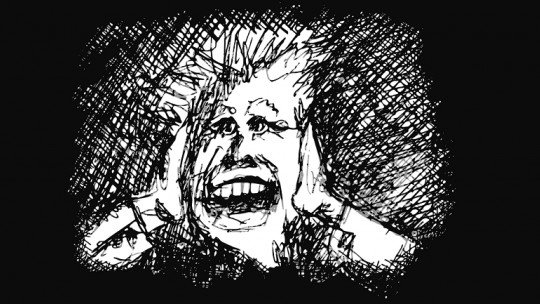 Psychotic disorders are serious psychopathologies in which the person loses contact with reality. The most characteristic symptoms are hallucinations and delusions .

Delusions are defined as false beliefs. That is, mistaken beliefs of reality about an existing fact or object. They are a distortion of an external stimulus. For example, a patient with delusions may think that someone is following him because there is a conspiracy against him.

Hallucinations, on the other hand, are false perceptions, such as hearing, seeing or feeling something that does not really exist . These perceptions are invented by the mind and are not the result of the distortion of any present object, since something is perceived without taking into account external stimuli. For example, a patient with schizophrenia may believe that they are being talked to through the shower drain.

Delusions are characteristic of delusional disorder, while hallucinations predominate in schizophrenic disorder. Both of these psychopathologies are the best known psychotic disorders, but there are also others that are less popular.

According to the fourth edition of the Diagnostic and Statistical Manual of Mental Disorders (DSM IV) the following psychotic disorders exist:

Schizophrenia is a disorder in which the person suffering from it has hallucinations and disturbing thoughts that isolate him/her from social activity . Schizophrenia is a very serious pathology and its treatment requires the use of drugs so that the patient does not suffer outbreaks. Although there is no cure, there are effective treatments so that patients with this disorder can enjoy their lives.

There are different types of schizophrenia:

Delusional disorder, also known as paranoia , is characterized by the fact that the patient has one or more delusional ideas and is convinced that they are true . For example, when walking through a shopping mall, he believes that some people (he doesn’t even know) are watching him to send information to someone who is trying to kill him. There are several types of delusional disorders depending on the nature of the delusion (e.g., persecutory delusional disorder).

With regard to treatment, patients are often resistant and often tend to hide their delirium, which is known as “encapsulated delirium”. Treatment includes psychotherapy and the use of antipsychotics.

As its name suggests, it is a psychopathology in which a psychotic break with the same symptoms as a schizophrenic disorder can occur, but which lasts a few days and never affects the patient again. It therefore disappears without leaving any after-effects. It is usually a response to a traumatic event such as the death of a family member or to a time of extreme stress.

In this type of psychotic disorder called schizoaffective disorder, the patient experiences symptoms of schizophrenia along with symptoms of a mood disorder , either at the same time or alternately.

This type of psychotic disorder is characterized by intoxication due to the use of drugs or medication . The symptoms usually appear quickly and last only a short time, from a few hours to several days, but then the effects of the drugs disappear.

The most common symptoms are visual hallucinations, disorientation, and memory problems. Some substances that cause this disorder include: marijuana, alcohol, cocaine, amphetamines, hallucinogenic inhalants, MDMA, opiates, sedatives, hypnotics, and anti-anxiety drugs.

Psychotic disorder due to medical illness

Psychotic disorder due to medical illness occurs when symptoms of the disorder result from diseases that affect the function of the brain (for example, a brain tumor).