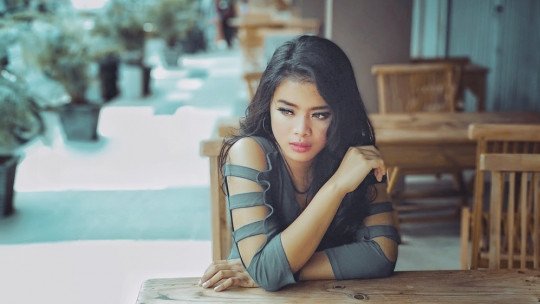 For one thing or another, each and every one of us has been sad at one time or another . We may have suffered a loss, a break-up, been given bad news, had a fight with someone we care about, failed to reach an objective, or simply been removed internally by someone else’s discomfort.

We may not even know exactly why. But in each and every one of these cases it is common for a feeling of suffering, pain, frustration, emptiness and inner cold to appear that can alter the way we see situations, the world and ourselves, usually with a negative outlook.

Sadness, like its counterpart joy, is a universal emotion and is shared by all human beings as well as other animals. But although the basic emotion is one, the truth is that we often talk about different types of sadness depending on aspects such as what it is due to or whether or not it is coherent or useful with respect to that origin .

And it’s about these different kinds of sadness that we’re going to talk about throughout this article.

Sadness: what are we looking at?

Sadness is one of the so-called basic emotions, along with joy, surprise, fear, surprise, anger and disgust. It is, as we have said, a universal emotion shared by all humanity regardless of culture, race or way of life, although it can be expressed in different ways.

It arises as a partly psychic and partly physiological reaction to some kind of event , which can be external or internal. That is to say, it can appear derived from external events or stimulations (or the absence of these) or from the existence of concrete thoughts that are aversive to us and about which we consider that we cannot or that we have few options to do something.

It is usually defined as a feeling of discomfort, fatigue and low energy level that usually appears together with a perception of emptiness at a pectoral or intestinal level, a decrease in self-esteem and a tendency to isolation and introspection. It is common for there to be some motor slowing and less muscle tone than usual. It also tends to go hand in hand with ruminations about what has generated its appearance, as well as a decrease in the ability to pay attention to the rest of the environment.

Sadness is a highly aversive emotion: most people do not like to be sad, as it usually involves psychological and/or physical discomfort and suffering . However, there are also people who come to experience a tendency or search for states of sadness, due to the lack of desire or fear of changing the situations that generate it, or due to the existence of secondary benefits.

However, even though we usually try to avoid those situations that generate this emotion, the fact that we can feel sad (as long as we don’t reach pathological levels) is much more beneficial to us than we might think.

The existence of sadness as something that we can all feel and that besides us possess a great number of animals is not something casual: sadness has an adaptive function and one that favors our survival .

Like pain, the perception of sadness can help us to perform some kind of action that allows us to get out of the situation that generates the feeling of discomfort : although sadness usually decreases energy, it also makes it easier for us to make changes in the future that prevent us from returning to aversive stimulation. In other words, it can motivate us to change.

Another beneficial aspect is that the reduction of energy it generates allows us to save forces at a physical level, as well as favouring reflection and rumination on what is happening around us. In this way, sadness provides us with a context in which we can learn about the reason for its appearance and become stronger in the future.

It also makes us capable of entering a state of introspection and knowing deep aspects of our being that we would not otherwise consider. Likewise, feeling discomfort allows us to train our ability to face adversities, and over time it can alter our perception of competence and self-esteem.

Finally, as a rule, sadness generates empathy and compassion for the members of the group , so expressing sadness can lead to our environment paying attention and taking care of us. In this sense, it also has a protective function and group cohesion.

Types of sadness according to their functionality

Broadly speaking we can identify four main types of sadness , depending on whether their existence is functional or not.

We will consider that we are facing an adaptive or functional sadness when the emotion felt corresponds and is justified on the basis of the situation or aspect that has generated it . It is therefore a sadness that arises in response to an internal or external event and after which our organism may need to lower the level of activity and process the information in order to accept it and adapt.

It is therefore a healthy sadness, and is characterized by the fact that with time or action it will begin to diminish and even disappear. The most typical example is the sadness we feel in a moment of mourning.

Sadness is in principle naturally adaptive. However, it is possible that in some people and in certain situations the emotion remains unmanageable and causes persistent suffering .

This is what happens when there is a blockage of emotion and its expression. A poorly resolved and unacceptable duel would lead to a kind of unadaptive sadness.

We consider pathological sadness to be a feeling of sadness, discouragement and lack of interest in the world in which the person shows little capacity to react on an emotional level but which usually goes hand in hand with bouts of crying .

This state of mind is not congruent with any event or lack thereof, or appears in such a proportion that it is disproportionate to the situation from which it departs. It can lead to isolation or even in extreme cases to self-destructive behaviour. This is the type of sadness that can appear in depression or other disorders.

We consider instrumental sadness to that type of sadness that is used in order to achieve a specific objective thanks to it . It is a voluntary use of emotion, although it can be partly felt sincerely.

On the other hand, sometimes we can also be faced with a complete simulation.

A Philosophical View: Types of Sadness According to St. Thomas Aquinas

Sadness is and has always been one of the most basic human emotions, and has been studied since ancient times . In this sense, historically some authors and researchers have tried to make different classifications regarding the existence of different types of sadness. An example of this was St. Thomas Aquinas, who based himself on his research and previous classifications made by authors like Aristotle to make his own classification in this regard.

Although it may not have scientific validity, this way of cataloguing the types of sadness is interesting on a historical and philosophical level and may make us think that at heart the different categories it shows, although they are known as different emotions, have elements in common. Within this classification we find the following types of sadness.

1. Sadness for one’s own evil

This type of sadness is characterized by the suffering we feel for ourselves when some kind of painful or aversive situation occurs , or by the deprivation of our needs and wills. It would be linked to deprivation or misery.

Under the philosophical prism established by this author, compassion could be considered another type of sadness, which in this case refers to the suffering we perceive in others . The observation of the suffering of a loved one moves us and can cause us sadness and discomfort.

Another kind of sadness can come from watching others come to have some kind of good or achieve some goal that we would want for ourselves. Seeing that others have what we want and cannot have can generate sadness and suffering , from which envy arises.

Sadness and anxiety are often deeply related. In this sense, discouragement or anguish can be considered a type of sadness that is linked to the loss of mobility or motivation when we do not find anything that satisfies us or allows us to move towards our goals. It is also related to uncertainty and the desire to keep some kind of good or to keep on the way to your goals.

One of the concepts generally associated with sadness is that of depression. In major depression or during depressive episodes, one of the main and most important symptoms is the existence of a sad mood.

However, it would be wrong to identify depression with sadness since the former implies, in addition to being sad, a set of symptoms among which the following stand out: anhedonia or lack of ability to feel pleasure, sleep problems (both insomnia and excessive sleepiness), loss or increase of appetite, hopelessness and passivity, view of the world, of oneself and the future as negative and aversive, lack of energy, concentration and libido or even suicidal thoughts.