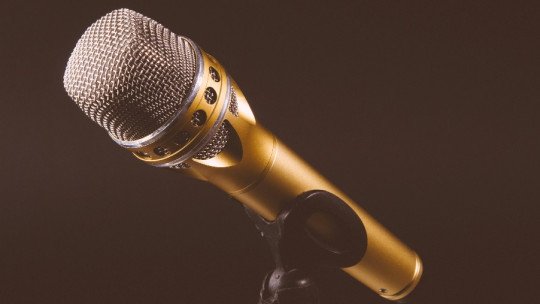 Practically all the acts we carry out are communicative. Gestures, grimaces, sounds, smells and even distances are and have always been used to obtain information about the actions, motivations and thoughts of others.

Even the absence of action is indicative of something. However, in addition to the above, the human being has one more element to communicate, a symbolic one. This symbolic element is language, which on an oral level is expressed through speech .

Speech or oral language is one of the most fundamental means of communication and connection for human beings. This capacity develops throughout the life cycle, going from emitting simple holophrases or loose words with intention to being able to build elaborations as complex as a Shakespearean play.

However, in many people the development of this capacity or their normal functioning may be delayed or altered due to multiple causes. These alterations in oral communication have been studied by sciences such as psychology and medicine, and from them different types of speech disorders have been conceptualised . And no, dyslexia is not one of them, since it only concerns reading problems.

Communication is fundamental to human development. And a large part of our communicative capacity depends, as we have said, on speech.

However, speech is not something that appears suddenly (although some authors like Noam Chomsky became famous for arguing that we have innate structures that allow the development of this skill), but that it has to be learned and developed. Language in general is a complex element that we will ideally acquire and consolidate throughout our physical and cognitive maturation.

Some of the elements that we have to acquire and improve are the articulatory capacity, the fluency and comprehension of speech, the vocabulary and the ability to find words, the grammar and syntax , and even when and how we should communicate certain things in a certain way.

Although these milestones are generally acquired in certain evolutionary moments, in some subjects problems, deterioration or bad development of the comprehension and expression of language appear that limit the correct functioning and/or social-emotional evolution of the individual.

Here are some of the most common ones.

This disorder implies the presence of a disability in the comprehension and expression of language in children with a level of intelligence appropriate to their developmental level, not only at an oral level, but also in other facets such as written language or reading .

The language disorder or dysphasia may be evolutionary, in which case it could not be the consequence of other disorders, or acquired being in the latter case the product of some type of brain accident, seizure disorder or head trauma.

In any case, the child may have problems in the expressive or receptive language, that is to say, the problem may be at the level of defects in the emission of language or in its comprehension. Children with this disorder usually have a reduced vocabulary and a limited grammatical structure that causes the speech to be lower and more limited than expected.

In the case of acquired dysphasia the effects would be equivalent to those of aphasia in adult subjects, although with the particularity that the greater brain plasticity during the developmental stage usually allows the appearance of language even when there is neuronal damage.

Another major oral language disorder is dyslalia. This is understood as those disorders in which different errors are produced in the articulation of words, the most frequent being the substitution of sounds, distortions of the correct ones or the lack (omission) or addition (insertion) of these . For example, a problem in the form of the language can produce dyslalia.

Although this type of problem is common in childhood, for it to be considered dyslalia the mistakes made must be inappropriate to the child’s developmental level, interfering with social and academic performance.

Dysphemia is a disorder widely known by society as a whole, although we often refer to it as stuttering. It is a disorder focused on the execution of speech, specifically on its fluency and rhythm . During the emission of speech, the person suffering from it suffers one or several spasms or blockages which interrupt the normal rhythm of communication.

Dysphemia is often experienced with shame and anxiety (which in turn worsens the performance) and makes communication and social adaptation difficult. This problem only appears when talking to someone, being able to speak normally in complete solitude , and is not due to brain or perceptive lesions.

The dysplastic disorder usually begins between the ages of three and eight. This is because it is at this age that the normal speech pattern begins to be acquired. Depending on its duration, several subtypes of dysphemia can be found: evolutionary (lasting a few months), benign (lasting a few years) or persistent (the latter being the chronic type that can be seen in adults).

The speech disorder known as dysarthria refers to the difficulty in articulating words due to a neurological problem that causes the mouth and the muscles that emit speech to lack proper muscle tone and therefore do not respond correctly. Thus, the problem is not so much in the muscle tissues (although these also suffer in the long run from their misuse) but in the way the nerves connect to them.It is one of the most well-known types of speech disorders.

In this disorder we find no problems either in articulating or understanding the literal content of the message being conveyed. However, those who suffer from it have great difficulty, because this disorder is based on the presence of severe difficulties in the practical use of language.

Those who suffer from this disorder have problems adapting communication to the context in which they find themselves, as well as understanding the metaphorical or implicit meaning of what is being said to them and even changing the way of explaining something, regulating the conversation with other elements such as gestures or respecting turns of speech.

Like dysarthria, dysglosia is a disorder that causes severe difficulty in articulating the sounds that make up speech . In this case, however, the problem is found in the presence of alterations in the orophonatory organs themselves, such as congenital malformations. Thus, here there are already easily identifiable faults in the morphology of well-defined parts of the body.

This is a speech disorder characterized by exaggeratedly rapid speech, missing words along the way and making mistakes. It is common in people with a very excited mood, including cases where the subject is in a manic episode or as a result of consumption of excitatory substances. However, it can also occur during childhood without the need for an external disturbance.

One of the best known and most studied groups of language disorders is aphasia. We understand by aphasia that loss or alteration of language in adult subjects (in children we would be faced with the aforementioned dysphasias) due to the presence of a brain alteration or lesion. Depending on the location or damaged brain structure the effects on language will be different, allowing its study to find different typologies.

Although we can find different classifications such as Luria or Jakobson’s, the most known and used classification takes into account the presence of verbal fluency, verbal comprehension and repetition capacity in different types of lesions